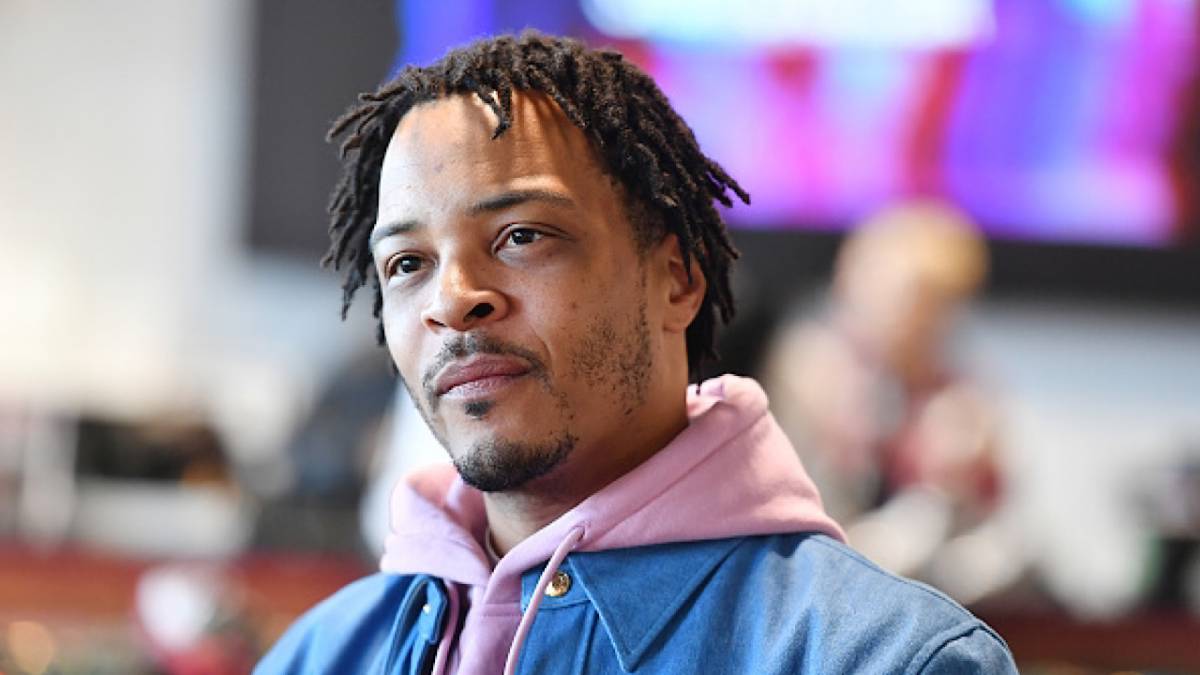 T.I. Goes Off On Comedian Who Made Joke About Sexual Assault Allegations

T.I. admittedly had a difficult 2021. The Atlanta rapper and his wife Tameka Cottle Harris, otherwise known as Tiny Harris, were accused by multiple women of sexual assault, with one allegation leading to an actual criminal investigation in Los Angeles.

The case was ultimately dismissed due to the statute of limitations for California, but one comedian in Atlanta on Monday (April 5) made the risky choice of cracking a joke about the whole ordeal while T.I. was seated in the audience.

During the “One Knight Only” open mic comedy show, the “Live Your Life” rapper was caught on video storming the stage and snatching a mic after the crack was made by comedian Lauren Knight.

Knight attempted to diffuse the situation by telling the audience she believed T.I. to be innocent, but for Tip the damage had already been done, and he continued to accost her.

T.I. then tried to come in for a hug before snatching the mic out of her hand. The pair then continued to argue it out on stage, with the rapper ultimately conceding to Knight and leaving. Knight turned the mic back on and reaffirmed to the audience that this was “her shit” and she was allowed to joke about whatever she wanted.

This isn’t the first time T.I.’s pivot into standup comedy has upset a fellow comedian. The 41-year-old lyricist recently had a brief feud with established comedian Godfrey, who criticized T.I. in an interview and accused him of not taking the craft seriously. T.I. was quick to bite back on Instagram.

Check out the heated exchange below.