Pusha T continued the rollout for his new album on Thursday night (March 3) by bringing his coke raps to The Late Show with Stephen Colbert.

Wrapped up in a black puffer jacket, baggy cargo pants and gloves, King Push delivered a sub-zero performance of his latest single “Diet Coke” on late-night TV for the first time.

The big screen behind the G.O.O.D. Music MC depicted a harsh winter wasteland as fake snow poured down from above. Unlike the Bad Boy-inspired music video, though, Kanye West wasn’t on hand to hit the Diddy bop.

The title, cover art or release date have yet to be revealed, but with production from Kanye and The Neptunes and a cameo from JAY-Z, the Virginia Beach native has set the bar high for the eagerly-anticipated project.

“There is no album that’s better than mine this year. One thousand percent,” he declared in a recent interview with Complex. “I really impressed myself with it because creating this during this time of the pandemic and having my son, I’ve really created the hardest and best album of the year.” 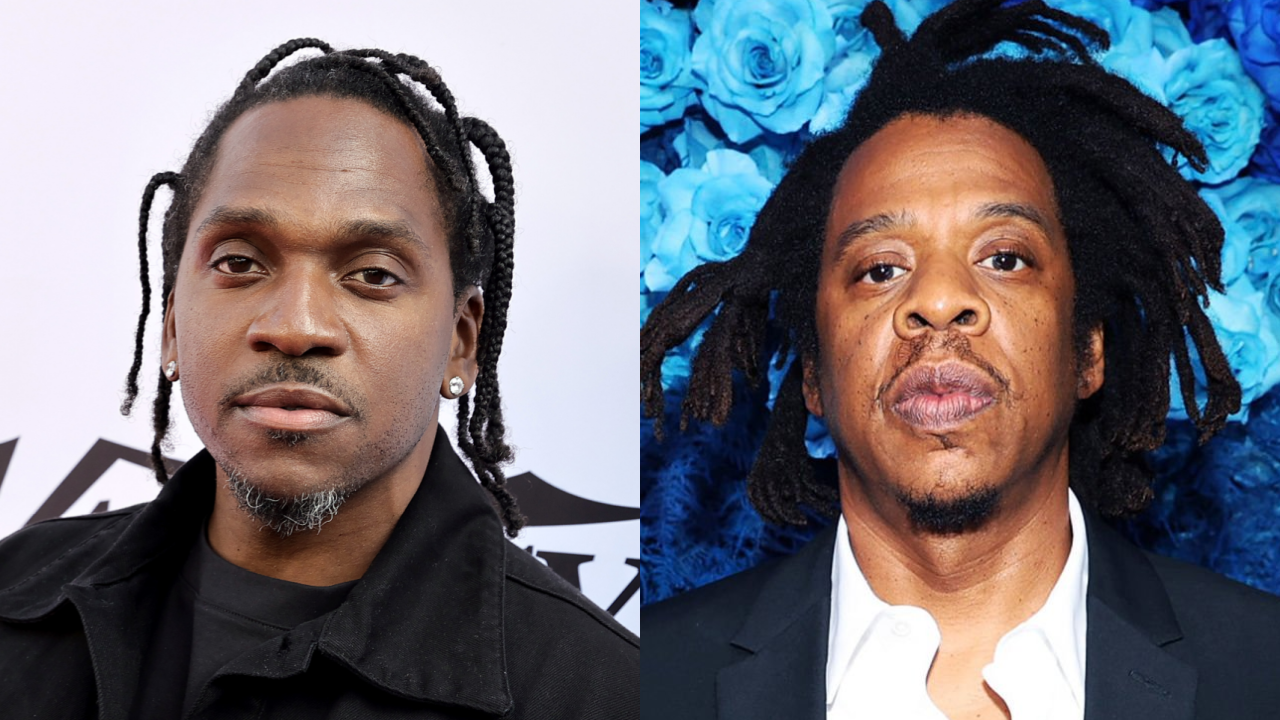 Around the same time he hit the stage on The Late Show with Stephen Colbert, Pusha T released a new song with NIGO called “Hear Me Clearly” at midnight on Friday (March 4).