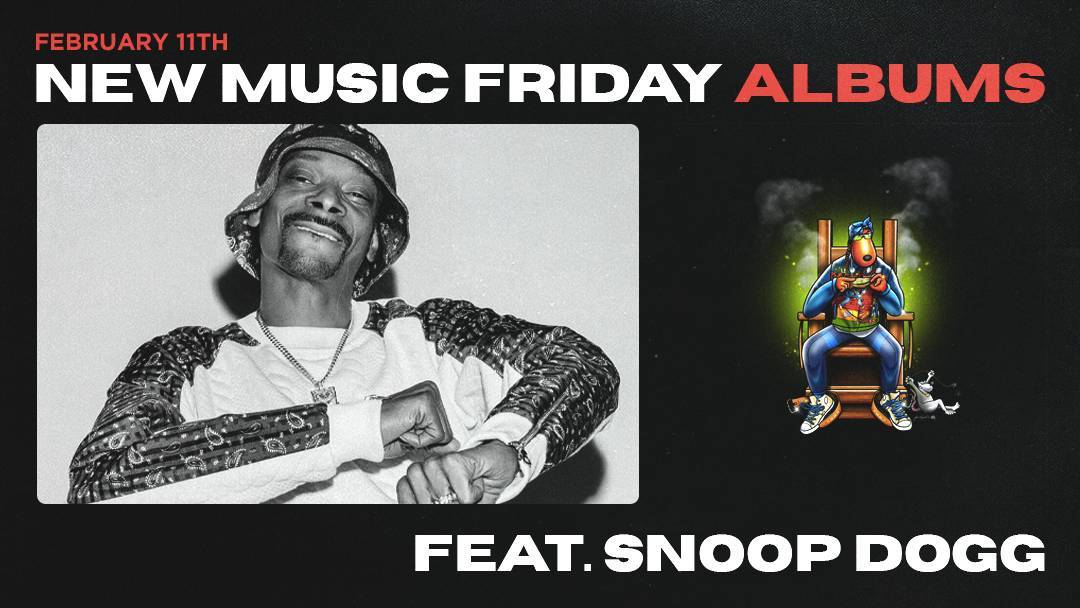 Another week passed means another round-up of the best albums from Hip Hop and R&B.

On this edition of New Music Friday, DX finds something for everyone, from fans of 90s Hip Hop to SoundCloud lovers. The list begins with $NOT’s Ethereal, a welcome addition to the hooded rapper’s discography. From there we explore the sounds of Mary J. Blige’s Good Morning Gorgeous, her first new album in well over a year.

If that’s not enough, Jazmine Sullivan came forward with the deluxe to Heaux Tales just in time for Valentine’s Day.

$NOT took the world by storm first through songs such as 2018’s “Pull Up” and “Gosha.” After his debut project Tragedy which featured songs including the Maggie Lindemann-assisted “Moon & Stars” and “Beretta” featuring Wifisfuneral, the “Mean” rapper has come forward with sophomore project Ethereal.

Led by the menacing sounds of “Doja” featuring A$AP Rocky, Ethereal is a testament to $NOT’s ability to toe the intergenerational line between the waning generation of SoundCloud rappers and the viral sensations which pop up on TikTok. But $NOT isn’t a flash-in-the-pan talent: Ethereal proves he’s here to stay.

Cousin Stizz – Just For You

Massachusetts Hip Hop is entering an exciting new era in 2022 with artists such as Van Buren Records, BIA and Cousin Stizz gearing up for a massive year. Kicking off the MA renaissance, Cousin Stizz just came forward with Just For You, a collection of thirteen lyrical-forward tracks.

Featuring production from Tee-WaTT, Kal Banx and strings from Johan Lenox, Stizz’s most recent project is sonically star-studded, though the “Perfect” rapper opted for a fairly featureless tracklist, with only one guest verse going to Curren$y.

Ahead of her Super Bowl LVI Halftime performance, Mary J. Blige blessed her fans with latest album Good Morning Gorgeous. The last project listeners received from the iconic artist was in 2020 when she released the deluxe edition to her classic 1994 album My Life, so new music is a cause for celebration.

Mary first teased the project with the release of a titular single which was recently followed-up with “Rent Money,” which placed the “Family Affair” singer alongside fellow New Yorker Dave East for a soulful collaboration.

A legendary collaboration between two of Hip Hop’s heavy smokers, Stoner’s Night brings together Three 6 Mafia’s Juicy J and Wiz Khalifa for Stoner’s Night. Both Wiz and Juicy J seem to be entering a career resurgence as the youth on TikTok discover classic Three 6 songs such as “Stay Fly” and “Slob On My Knob” and with news that Pittsburgh’s own is set to play the entirety of his classic Kush & Orange Juice mixtape at the forthcoming Smokers Club Festival in Southern California.

The iconic producer’s hazy production serves as the perfect foundation for the smooth raps of Wiz, making Stoner’s Night a necessary listen for rap fans of all ages.

It was a full-circle moment when news broke that legendary West Coast rapper purchased the equally legendary Death Row Records. To celebrate the achievement, Snoop dropped BODR (Back On Death Row) which bolsters his already lengthy discography.

Though the album will also be released as an exclusive NFT, fans will be happy to hear it’s available on major DSPs.

Easily one of the best R&B albums of 2021, Heaux Tales by Jazmine Sullivan seeped into listeners’ minds with it’s smooth tones and unapologetic ethos. After re-establishing herself as one of the best singers in all of R&B, Sullivan is back with the album’s deluxe edition, adding ten new tracks to the original tracklist. Sullivan’s voice is as booming and soulful as ever.

One of Paper Route Entertainment’s most promising artists, Kenny Muney’s Time Is Money is now available, marking the rapper’s fourth full length project. 2021 was something of a breakout year for the 24-year-old MC as he racked-up the streams with songs such as “Ashtray” and “Low Key.”

Three years have passed since the release of the Memphis spitter’s 2019 project Muney Talk, and in the time since he’s grown in leaps and bounds. As the hard raps of Time Is Money begin to make waves in the larger rap conversation, it seems that Muney has been soaking up the inspiration of PRE titans such as Key Glock and the late Young Dolph.

Los Angeles MC G Perico’s 2021 album Play 2 Win was lauded as an excellent example of how modern West Coast Hip Hop could remain true to its roots while still sounding new. His latest, Tango, continues to explore this dynamic with a range of new funk-laden tracks.

His knack for storytelling paired with a tinny and expressive voice makes Tango a must-listen for all L.A. Hip Hop Heads.

San Francisco Hip Hop rarely gets the same treatment as Los Angeles, but Lil Bean is here to change that. The Bay Area rapper just came forward with forever grateful,  the artist’s first project of the year which capitalizes on the momentum he gathered with last year’s Still Campaignin.

Lil Bean typically sits in the lane of melodic rap, though he’s always found a way to insert the Northern California bounce which was made famous with artists such as E-40 and Andre Nickatina. With features from Larry June, Mike Sherm and more, forever grateful is not to be missed.

Still not satisfied? Be sure to check out our Honorable Mentions: Without Hesitation from Jalen Santoy and Trae The Truth’s Truth Season: The United Streets of America.