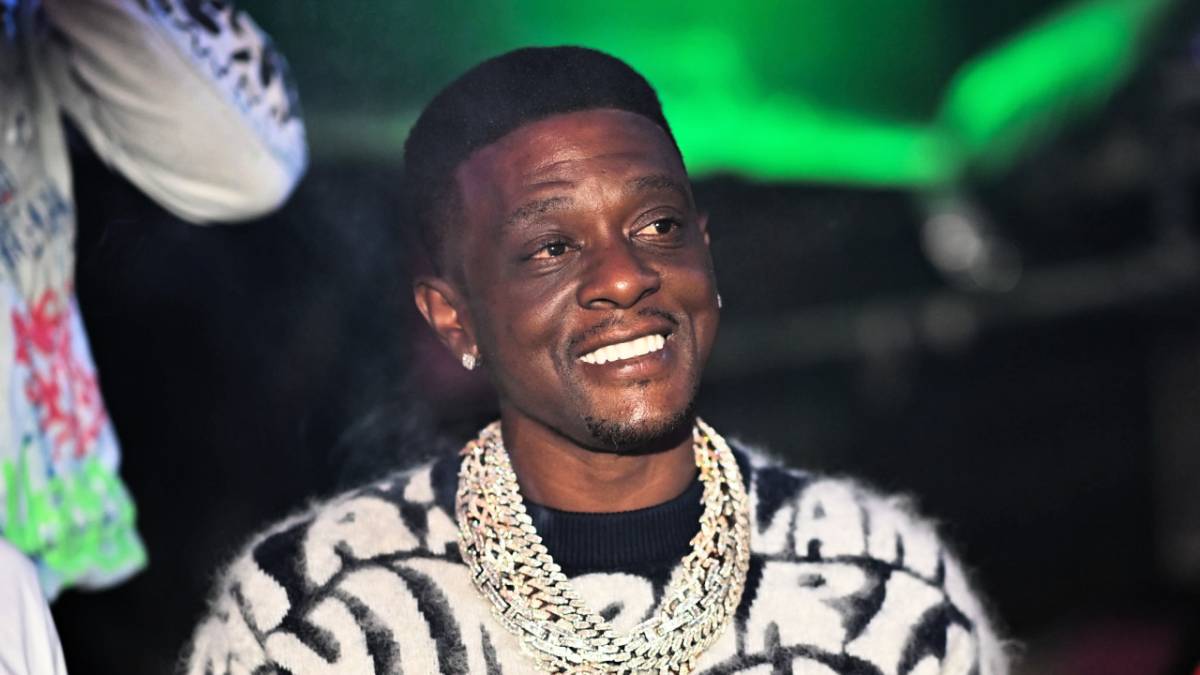 Boosie Badazz might be watching football through his purple LSU Tiger glasses. Following Joe Burrow’s Kid Cudi-inspired comeback performance to help the Cincinnati Bengals defeat the Kansas City Chiefs to advance to the Super Bowl on Sunday (January 30), Boosie did his best Skip Bayless impersonation when coming with the spiciest of hot takes.

“JOE BURROW IS THE NEXT TOM BRADY, BUT MORE SKILLED,” he declared. “IF HE PLAYS 15 to 20 YEARS HE WILL PASS BRADY N EVERY CATEGORY N FOOTBALL  HES A WINNER.”

JOE BURROW IS THE NEXT TOM BRADY ,BUT MORE SKILLED‼️IF HE PLAYS 15 to 20 YEARS HE WILL PASS BRADY N EVERY CATEGORY N FOOTBALL ? HES A WINNER ??‍♂️‼️#Lsutigers #chase #joe

Just as the AFC Championship game was finishing up, Boosie crowned Joe Burrow to be the next Tom Brady. TB12 is widely regarded as the greatest quarterback of all-time and is first in nearly all passing statistics such as yards and touchdowns.

The Baton Rouge native felt the rage in his replies with many people vehemently disagreeing with Boosie while telling him to slow down a bit with Joe Burrow only in his sophomore season and Tom Brady retiring following over two decades of dominance and seven Super Bowl rings.

Burrow will look to earn his first Lombardi Trophy next Sunday (February 13) in L.A. when his Bengals take on the Los Angeles Rams at SoFi Stadium in Super Bowl LVI.

The 25-year-old made headlines in the Hip Hop sphere when he spoke about hearing from his “idol” Kid Cudi on Sunday and how Cudder’s a staple of his pre-game playlist.

Man this has to be the illest shit ever✌?? ? beautiful fuckin game today brother!! https://t.co/W1nIe2qPhF

Find all of the reactions to Boosie Badazz’s Burrow-Brady comparison below.

“Boosie: Joe Burrow Is the next Tom Brady”
Me: pic.twitter.com/rrBhFtXiGP

Bruh slow down he ain’t better than. Mahomes

Stay off then Shrooms

Remember to puff puff and then PASS… LOL