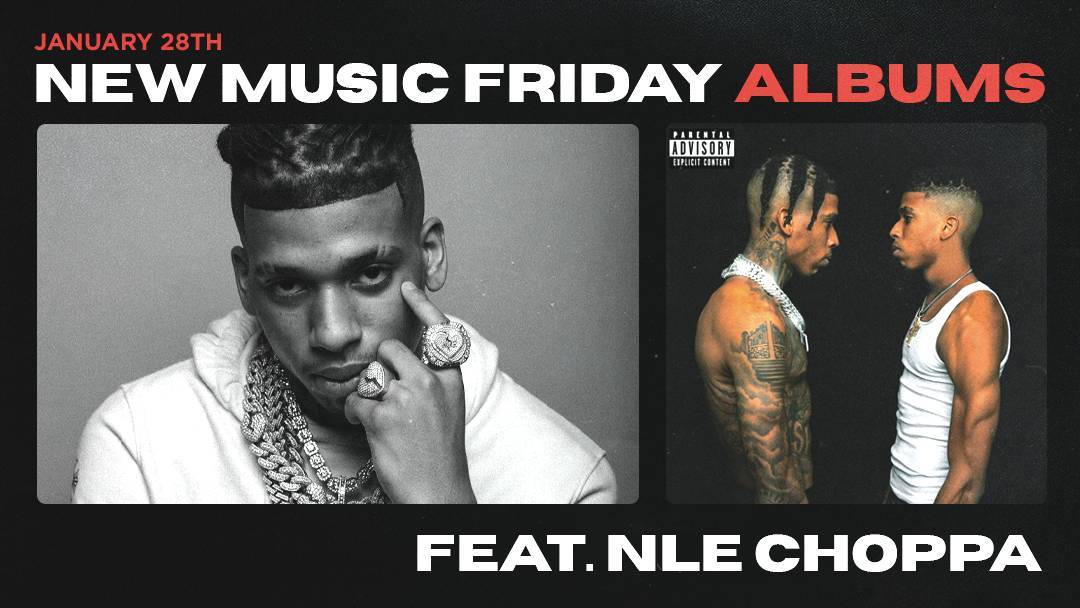 January is wrapping up as explosively as it began. This week’s edition of New Music Friday is loaded with gems for every breed of Hip Hop and R&B fan imaginable.

To kick off the week, DX runs through new projects from Memphis’s NLE Choppa to Michigan rapper Babyface Ray.

From there we explore albums from Dro Kenji, deluxe editions to Richer Than I’ve Ever Been by Rick Ross and Sinéad Harnett’s Ready Is Always Too Late.

Keep reading for the complete rundown of the best new albums from Hip Hop and R&B, below.

NLE Choppa’s beef with Baton Rouge rapper YoungBoy Never Broke Again has been swirling Twitter for weeks now, a sharp distraction from YoungBoy’s Color project and now Me vs. Me, the latest project from Choppa.

Choppa is only 19-years-old, but his rap career has already gone down a multitude of different pathways. He started as a hard-hitting rapper with savage bars before transitioning into a peaceful and meditative lane. Me vs. Me straddles the middle of these two extremes: plenty of introspection is present but OG Choppa fans will be thrilled to hear the explosiveness is still present in his music.

Over the past few years Babyface Ray has emerged as one of those most interesting artists in all of Hip Hop. The Michigan rapper helped lead the charge of Midwest rap in 2021 and he’s taking that momentum into the new year.

FACE is Ray’s follow-up to Unfuckwitable, his stellar album from last year. On his latest, you can expect to hear clever wordplay, rugged production and an unflinching deadpan delivery.

Dro Kenji – WITH OR WITHOUT YOU

Internet Money’s Dro Kenji follows the lineage of the SoundCloud rappers whom came before him such as Juice WRLD and Trippie Redd, but the 20-year-old rapper continues to blaze his own path on his latest album WITH OR WITHOUT YOU.

Led by singles like “FINDERS KEEPERS” featuring Scorey, Kenji’s quickly making a name for himself as one of the scene’s most exciting artist. With grand melodies and playful production, WITH OR WITHOUT YOU is worth a listen.

The crisp and spare drums of “BIG OH REALLY,” the lead single from Cleveland rapper Doe Boy’s OH REALLY, set the tone for the project: all gas, no brakes.

Doe Boy burst onto the scene with the Meek Mill-assisted “100 Shooters,” but has developed into a formidable threat in his own right. OH REALLY is loaded with the hard trap Doe Boy has become known for and has an A-List range of features from Ty Dolla $ign and 42 Dugg to Lil Uzi Vert and Roddy Ricch.

U.K. singer Sinéad Harnett clearly saw how much fans were enjoying Ready Is Always Too Late, so she just came forward with a deluxe edition.

The silky R&B tones of Harnett’s 2021 project find her singing about love, relationships and finding peace in one’s self. With a voice that rivals historic R&B greats, Ready Is Always Too Late (Deluxe) further explores themes of passion and heartbreak.

Rick Ross – Richer Than I’ve Ever Been (Deluxe)

Richer Than I’ve Ever Been, the most recent album from Florida Rap Don Rick Ross has also gotten the deluxe treatment.

Already some of his best work in recent years, the Richer Than I’ve Ever Been (Deluxe) adds three new songs to the original tracklist. For an artist who’s been in the game as long as Ross, the “Hustlin'” rapper continues to adapt to the changing times and work with an impressive consistency.

If that’s not enough new music for you, be sure to stream this week’s Honorable Mentions: Bacc 2 Da Bloc from BlocBoy JB and The Wolf On Wall St. 2: The American Dream, a collaborative album from Your Old Droog and Tha God Fahim.