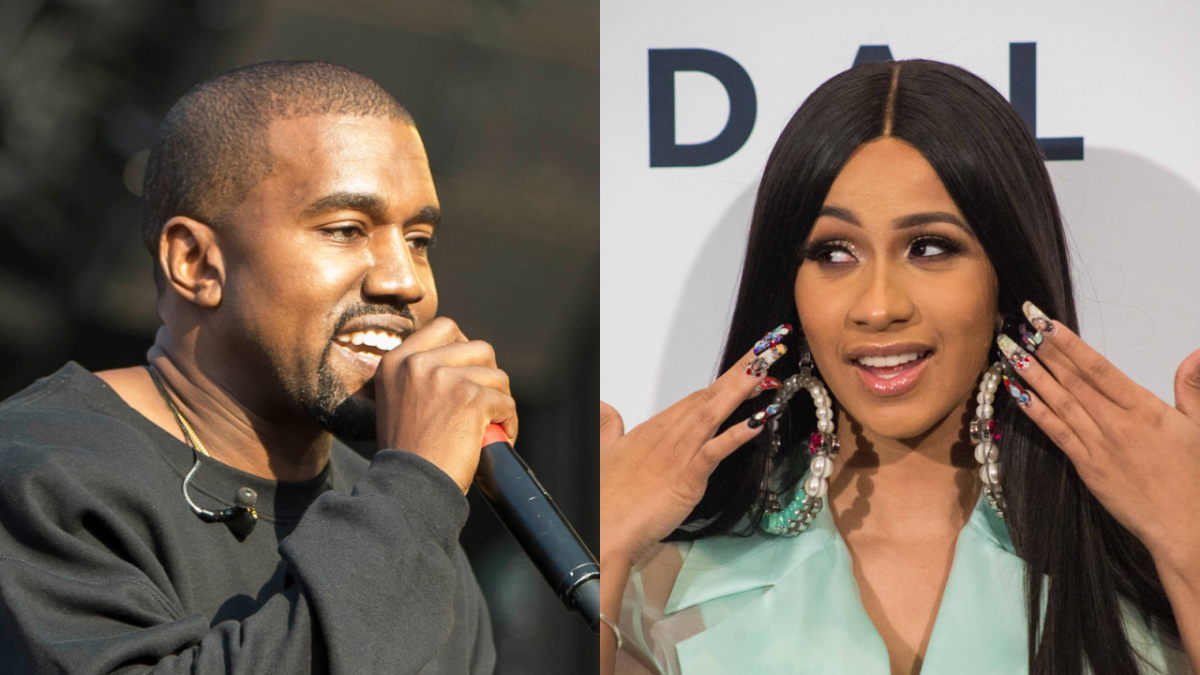 Kanye West Relishing Upcoming Cardi B Collab: 'I've Always Believed In Her Since The Show'

The worlds of Cardi B and Kanye West could be colliding on a track in the near future. During his interview with Hollywood Unlocked, Yeezy revealed he was recently finishing up a verse for Cardi B and opened up about how much he appreciated her candor.

“I was finishing that verse for your girl,” he said in reference to Cardi and brought up how he’s been a fan since her Love & Hip Hop days. “I always believed in her since she was on the show, period.”

HU‘s Jason Lee then talked about how he was at dinner with both Cardi B and Kanye a few days ago when Yeezy called the “WAP” rapper his hero because she “can say whatever she wants and not get judged.”

Kanye talks about working on a verse for Cardi and believing in her since @loveandhiphop .

With Invasion of Privacy turning four years old in April, it looks as if The Bronx bombshell is finally gearing up to deliver her anticipated sophomore album in 2022. The star-studded LP could be providing the opportunity for the first-ever Kanye West and Cardi B collaboration as well.

Page Six reported earlier in January that Kanye and Cardi were linking up at Miami’s Balenciaga store to shoot a music video.

Elsewhere in the Hollywood Unlocked interview, Kanye revealed how he met with Ray J in Los Angeles after a red-eye flight to get his hands on the laptop that contained the rumored second sex tape between Ray J and Yeezy’s estranged wife Kim Kardashian.

“I went and got the laptop from Ray J myself that night,” Ye said in the clip. “Got on the red-eye and met this man at the airport, then got on the red-eye, came back, delivered it to her at 8 a.m. in the morning. She cried when she saw it. You know why she cried when she seen the laptop? It represents how much she’s been used. It represents how much people didn’t love her and they just saw her as a commodity.”

Watch the entire interview with talk of Cardi B starting around the 27:30 mark below.