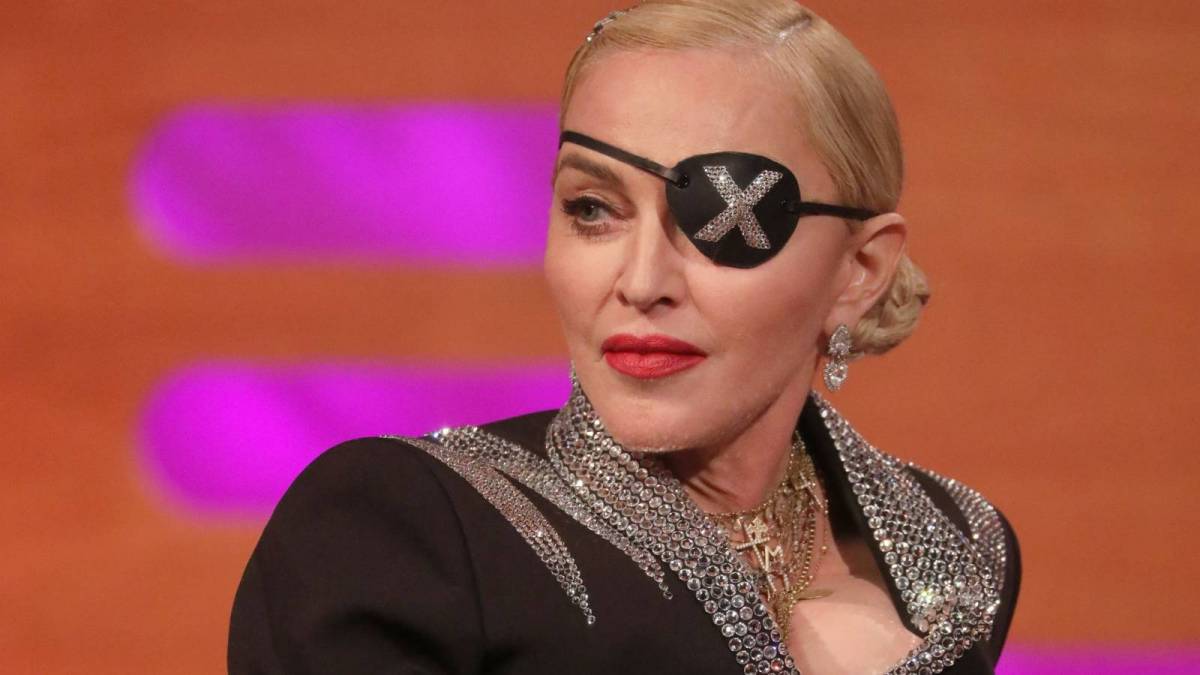 Madonna took some time out of her hectic schedule to address 50 Cent again, slamming him for the comments he made about her sultry photo shoot last month.

The television mogul re-shared a photo of the Material Girl laying face down under a bed with only her rear end and legs hanging out, prompting him to compare her to the Wicked Witch in The Wizard of Oz.

Although 50 Cent issued an apology, Madonna isn’t buying it. On Saturday (December 11), the Grammy Award-winning pop star shared an Instagram video calling out the Get Rich or Die Tryin’ rapper.

As Madonna continued to make her case, she also accused 50 Cent of “trying to put a limit on when women should be able to feel good about themselves.” In conclusion, she said she harbors no hard feelings toward 50 Cent: “I forgive you and I hope that one day you wake up and see a different point of view. I wish you all the best. That’s it.”

She added in the caption, “Delayed clap back for 50 Cent and his fake apology. I’ve been busy, better late than never!!! Had some things I needed to say @50Cent.”

It all started on November 26 when 50 Cent shared Madonna’s racy post and wrote, “Yo this is the funniest shit! LOL. That’s Madonna under the bed trying to do like a virgin at 63. she shot out, if she don’t get her old ass up. LMFAO.”

Madonna responded to 50 Cent’s jab with, “Here is 50 Cent pretending to be my friend. Now you have decided to talk smack about me! I guess your new career is getting attention by trying to humiliate others on social media. The least elevated choice you could make as an artist and an adult. You’re just jealous you won’t look as good as me or have as much fun when you are my age!”

50 Cent then apologized on Twitter, writing, “I must have hurt Madonna feelings. she went and dug up a old MTV photo from 03. ok Im sorry i did not intend to hurt your feelings. I don’t benefit from this in anyway i said what i thought when i saw the picture because of where i had seen it before i hope you accept my apology.”

Evidently, the apology was not accepted and instead, Madonna decided to condemn 50 Cent just a little more. Watch the clip above.