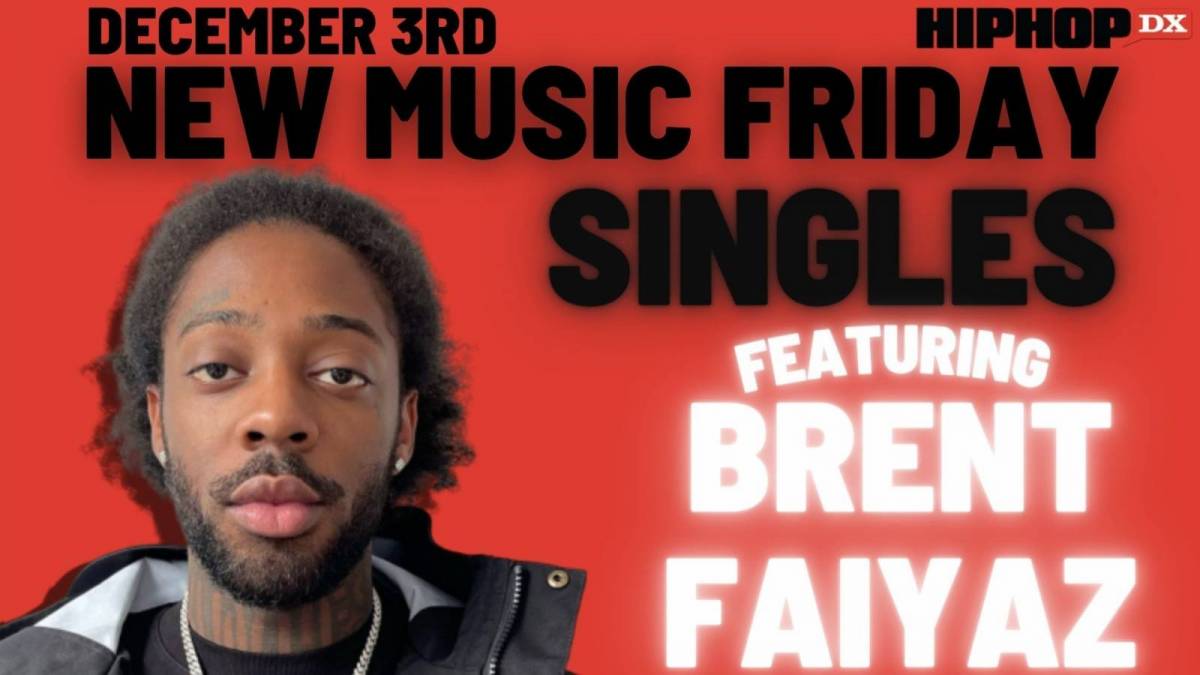 Thanksgiving last week may have put the hold on the release of new music, but it seems artists are over their food comas as this week brings a smattering of new singles from the best acts in Hip Hop and R&B.

The underground and future stars came forward strong this week as well, with Rot Ken and SoFaygo dropping “Beautiful” and SSGKobe’s release of “FUK EM” with Lil Yachty.

December also brought new music from Cochise, Joyner Lucas and more, so be sure to keep reading for complete coverage of everything which dropped on the week ending on Friday (December 3), below.

Following his TikTok-viral verse on Baby Keem’s “lost souls,” comes “MERCEDES,” the latest single from R&B titan Brent Faiyaz. “MERCEDES,” which originally teased its way onto the internet in November, finds Faiyaz ruminating on whether the women in his life are there for him or for his success. Harmonizing over a slow piano loop, the Maryland singer delivers warm vocals just in time for the cooling weather.

Blxst is everywhere. Since his explosive 2020 debut No Love Lost, the Los Angeles singer has found his way into the heart of mainstream music, working with rap legends such as Nas and Snoop Dogg and the best of the new school including Bino Rideaux and Shordie Shordie. “About You,” the “Chosen One” artist’s most recent offering, features everything you’ve come to love about Blxst, from his knack for harmonies to his winding, emotive delivery.

SZA originally uploaded “I Hate U,” her latest single to SoundCloud back in August, but now the Top Dawg Entertainment star has formally released it to major streaming services. Singing over a wailing synth, SZA learns to move past a failed love, but isn’t scared to state how she feels in the process. Like every track from the “Good News” singer, “I Hate U” is full of lush instrumentals and of course, SZA’s uncontainable and booming voice.

Rapper Cochise is helping to lead the charge in the ongoing renaissance of Florida Hip Hop. Alongside artists including Yungeen Ace, Foolio and Hotboii, Cochise has pushed his versatile and energetic flow through his debut album Benbow Crescent from earlier this year, and singles “POCKET ROCKET” and “Tell Em” featuring $NOT. Now the artist is back with “CAUTIOUS,” a raucous and rage-inspired track.

Just a few years back, Cordae was the young rapper on the block, looking for any entrance into the music industry. Now he’s working with some of the biggest stars in all of Hip Hop. “Sinister,” the latest single from Naomi Osaka’s boyfriend, was produced by Hit-Boy and features Lil Wayne, who has been on an exceptional features run all year.

Two leaders of the next generation of Atlanta Hip Hop, Rot Ken and SoFaygo combined forces for “Beautiful,” a melodic, crooning anthem produced by Internet Money’s Nick Mira and Taz Taylor, with help from Jetsonmade. An intoxicating hook and seamless flows make “Beautiful” one of the week’s best songs.