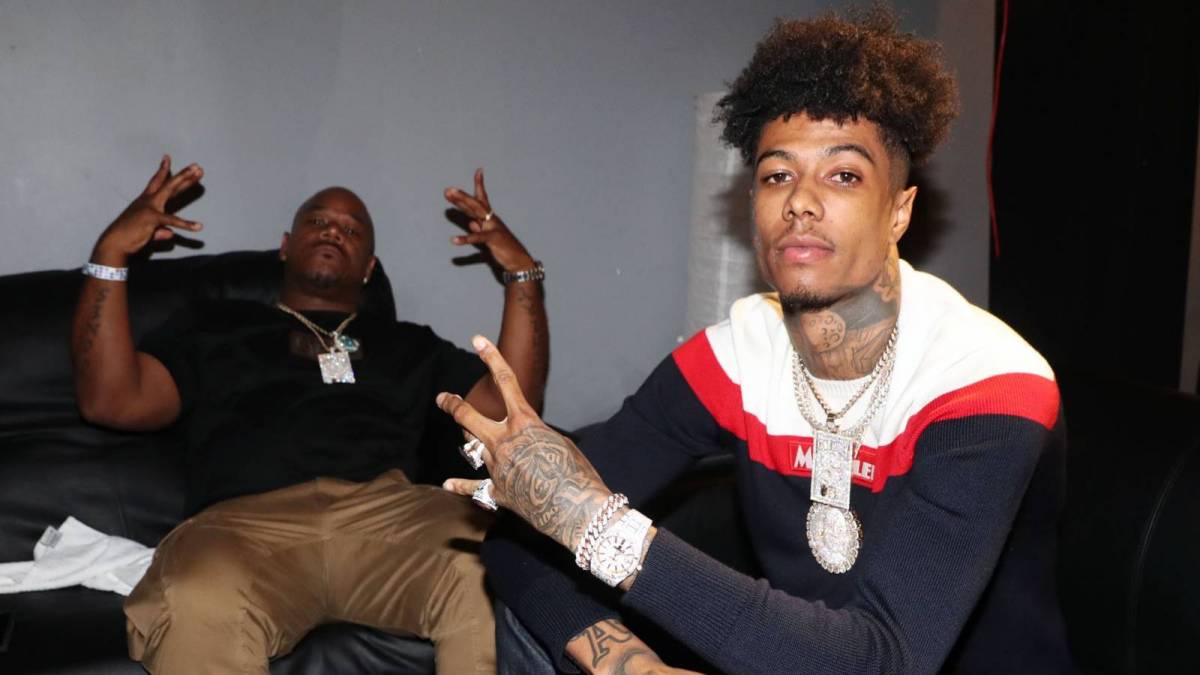 Blueface and his manager Wack 100 are shedding light on what they say happened with Blueface Records artist Chrisean Rock. Earlier this week, the police were called to Wack 100 and Blueface’s home in an effort to have Rock removed. She wound up going live on Instagram and documenting a large portion of the incident.

Now, Blueface has released an Instagram video of his own, telling his side of the story. The clip arrived on Thursday (December 2) and found the “Thotiana” rapper standing up for Wack 100 who was incredibly angry when the police arrived.

“I don’t know what you think I did to the girl. When all of this was occurring, I was at home in my bed. I was out the night before. My phone was dead and I’m sure people was tryin’ to call me, but it wasn’t getting through to me. [I got a call like] ‘Chrisean’s on Live with the police at your house!’ I told you Sean was done with. She was getting a little too out of hand for me. Her work ethic wasn’t there enough for me to cope with her crazy.

Meanwhile, Wack 100 had a statement of his own as well. Around the same time Blueface’s video was posted, the music industry vet wrote on his Instagram Stories in all caps, “I TOLD THE GIRL DAY 1 SHE WAS A WASTE OF TIME! HYGIENE BAD ATTITUDE BAD MUSIC BAD #ALLBAD #YAGOTTAGO #GETOUT THIS AIN’T HOW BALTIMORE GET DOWN.” He also included several trash can emojis to emphasize his point.

The original incident took place over Thanksgiving weekend. In one of the clips, Wack 100 is explaining to one of the officers, “She does not live here.” When the cop asked if he’s her manager, Wack replied, “I manage who she says is managing her, which is a complete lie.”

Then another officer followed Rock upstairs and asked her where her belongings are to which she said, “They cleaned it all out! They cleaned my stuff out, bro. Do you want me to show my clothes in the fucking washer? They probably didn’t clean the washer out. What you mean? I’m set up right now. It looks like I’m crazy, but I don’t care.”

The video stops there and it’s unclear if Rock wound up leaving at that time. The situation also caused an argument between Wack 100 and his client, while Rock hid in the bathroom.

Chrisean Rock signed with Blueface Records in December 2020 after she was featured in Blueface’s quarantine reality show Blue Girls Club and got her tooth knocked out during a scuffle with his ex-girlfriend.