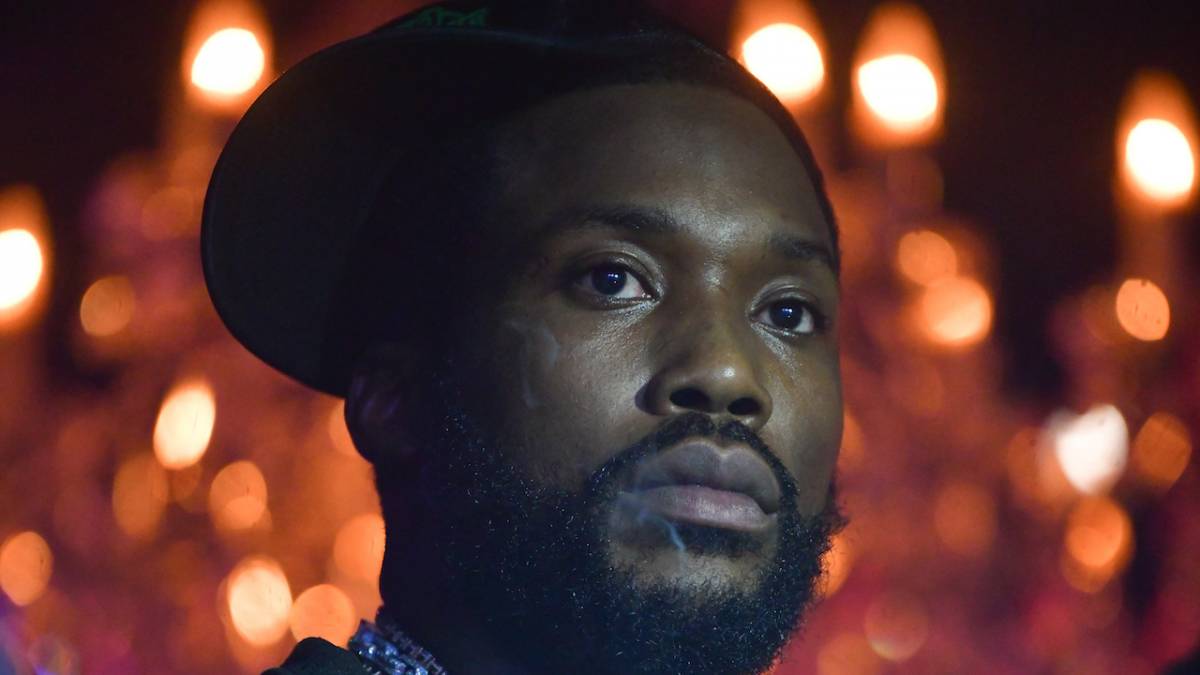 New York, N.Y. – Whenever casual MMA fans get together to watch UFC fights, naturally a debate will break out about whether they could take on someone much smaller than them or from the opposite sex.

Meek Mill was ringside for UFC 268 on Saturday night (November 6) at Madison Square Garden and opened the debate about his fighting ability up to his fans.

The Philly native posted a poll on his Instagram Story wondering if fans thought he could win in a match-up with a female UFC fighter, and the response was an overwhelming no.

“Can I beat one of these females one on one? Tell the truth,” he captioned the poll.

One screenshot captured by SayCheeseTV has 87 percent of followers responding “no” that he couldn’t take on one of the woman fighters.

“[Fuck] y’all [Pussies],” Meek wrote after seeing the negative replies with a series of laughing emojis.

On the fighting side, Meek Mill has been staying in the gym and sharpening his boxing skills in recent months. He posted a video training showing off his glovework at an NYC gym prior to his Madison Square Garden concert calling out Lil Uzi Vert for missing their boxing workout.

Meek Mills with the hands 🥊 pic.twitter.com/YAM2UNbRs8

In the meantime, Meek Mill is staying busy in the studio on the heels of his Expensive Pain album. Check out his latest freestyle below.