Even though Post Malone and Joey Bada$$ are two totally different types of artists, when they link up for a studio session their hitmaking chemistry is undeniable.

During a recent interview with HipHopDX at Rolling Loud New York, Joey shared the story of how a melody he freestyled during a session with Posty in 2018 manifested into the Hollywood’s Bleeding rapper’s “Rockstar” mega-hit featuring 21 Savage — and an additional contribution from T-Pain.

“See let me clear that up, because me and T-Pain didn’t make that song,” Joey Bada$$ began. “Me and Post made the song together one night. We were actually, it was me, Post and Tankgod, we were actually just freestyling and fucking around in the studio. And its like, I kind of came up with this melody, and then it was like it was really just a freestyle — Post recorded it on his phone or whatever.”

The All AmeriKKKan Bada$$ rapper continued on to reveal that an encounter with T-Pain during A$AP Mob’s Yams Day celebration ultimately sealed the fate of their contribution to the record as collaborators.

“And then I ran into T-Pain at A$AP Yams Day, and he was like, ‘Yo I heard the song you and Post did, Post was telling me you did some shit,’ and he was like, ‘We should put our verses on it,'” Joey said. “Because I didn’t have a verse on it. I just kind of freestyled and I just left Post with whatever we did. And then me and T-Pain ended up going to the studio together after A$AP Yams Day. This was 2018 Yams Day, we ended up going to the studio and then him and I put our verses on it.”

Joey Bada$$ concluded by remarking on Post Malone’s generosity, explaining that he is grateful to be a part of the record, even though he didn’t necessarily want to be on the song.

“Shout out to Post that’s my man he’s such sweetheart, he’s a cool dude,” he said. “I didn’t really want to be on the song, I thought my verse was trash. At that time I didn’t experiment enough to be confident to approach a song like that. So I was kind of just cool with having a part of it or being a part of it or whatever. So that’s kind of how it happened and then that version came out and people thought that me and T-Pain originally did the song — which is not the case.”

In 2017 “Rockstar” peaked at No. 1 and spent an impressive 41 weeks on the Billboard Hot 100 Chart, which also culminated in a Spotify single-day streaming record upon the release of Post Malone’s Beerbongs & Bentleys album. 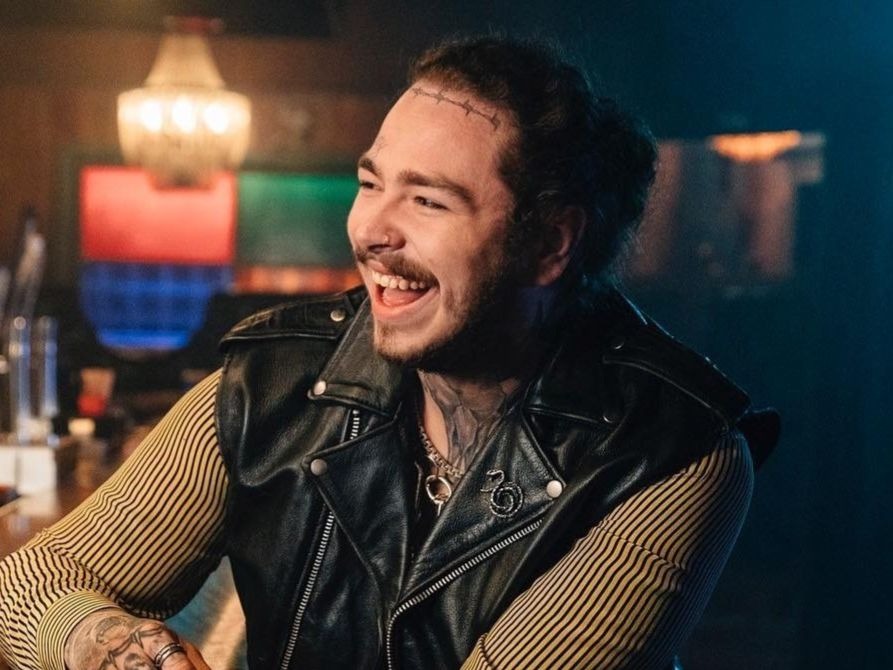 Additionally, the track reached another major milestone last year on Spotify after accumulating more than two billion streams, and also earned a diamond certification from the Recording Industry Association of America earlier this year.

“I have a diamond plaque on the way,” Joey Bada$$ said with a smile.