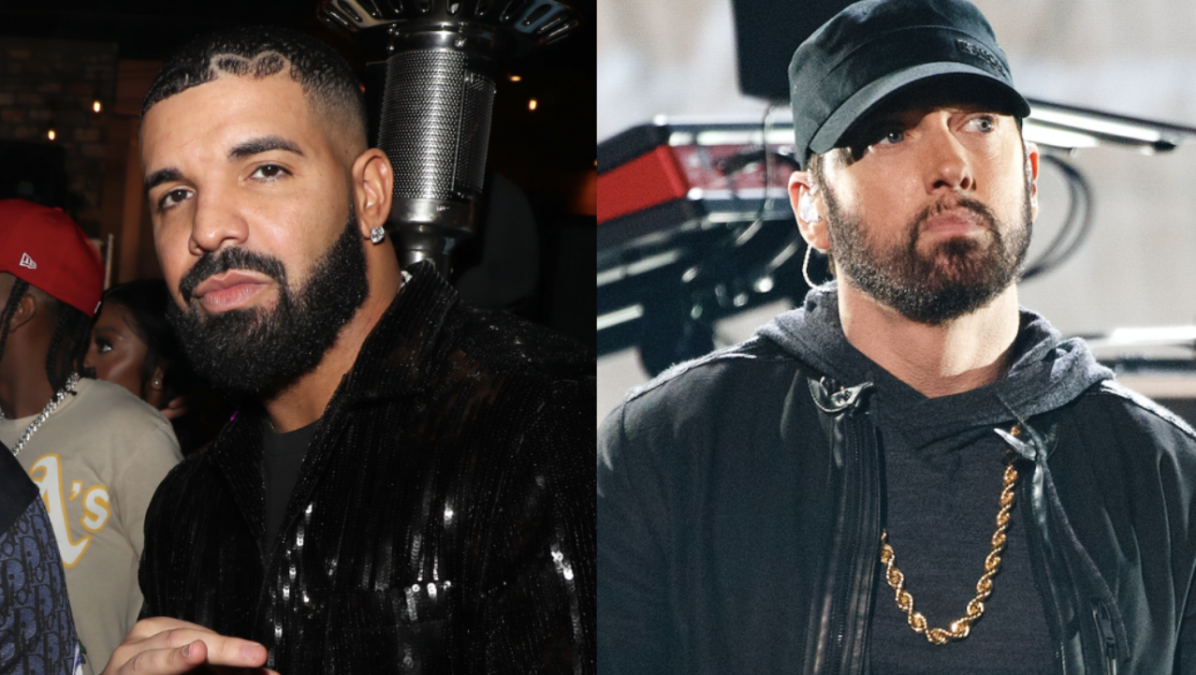 Drake is one to always show love to the artists who paved the way, as well as those who came after him. While watching footage from 2000’s Up In Smoke Tour, the 6 God paid homage to Eminem and made sure to give him his flowers.

“Man this guy is under appreciated @eminem,” he captioned a photo of a Slim Shady from the tour film posted to his Instagram Story on Thursday morning (October 28).

Drake watching the up in smoke tour and shouts out Snoop and Eminem on his IG story 📸 pic.twitter.com/jzknfFwgXT

Arguably the biggest West Coast Hip Hop tour of all time, the Up In Smoke Tour was headlined by Dr. Dre and Snoop Dogg, and also boasted Eminem, Ice Cube, Xzibit, Nate Dogg, Warren G, Kurupt and many more on the bill. The North American trek hit over 40 cities between June and August 2000.

Ice Cube recently sat down with HipHopDX to reflect on the Up In Smoke Tour and couldn’t help but laugh at Eminem’s status as an opening act, considering his now-legendary status.

“I mean, at the time, Eminem was opening up, you know,” he said. “Like, after Warren G, Eminem was going on. So that just shows you the level that we were at, that we was on. He could’ve headlined.”

As for Eminem and Drake, the rap megastars joined forces on 2009’s “Forever” alongside Lil Wayne and Kanye West, which served as a knighting of sorts for Drake to enter Hip Hop’s elite. Drizzy also interpolated Em’s “Superman” chorus on “Chicago Freestyle.”

Last year, Eminem offered Drake some advice for being on top of the game on the Music To Be Murdered By: Side B track, “Zeus.” “And Drake, they’re gonna turn on you one day too/And the more you win, the sooner they do,” he warned.

Join Drake in revisiting the Up In Smoke Tour film below.