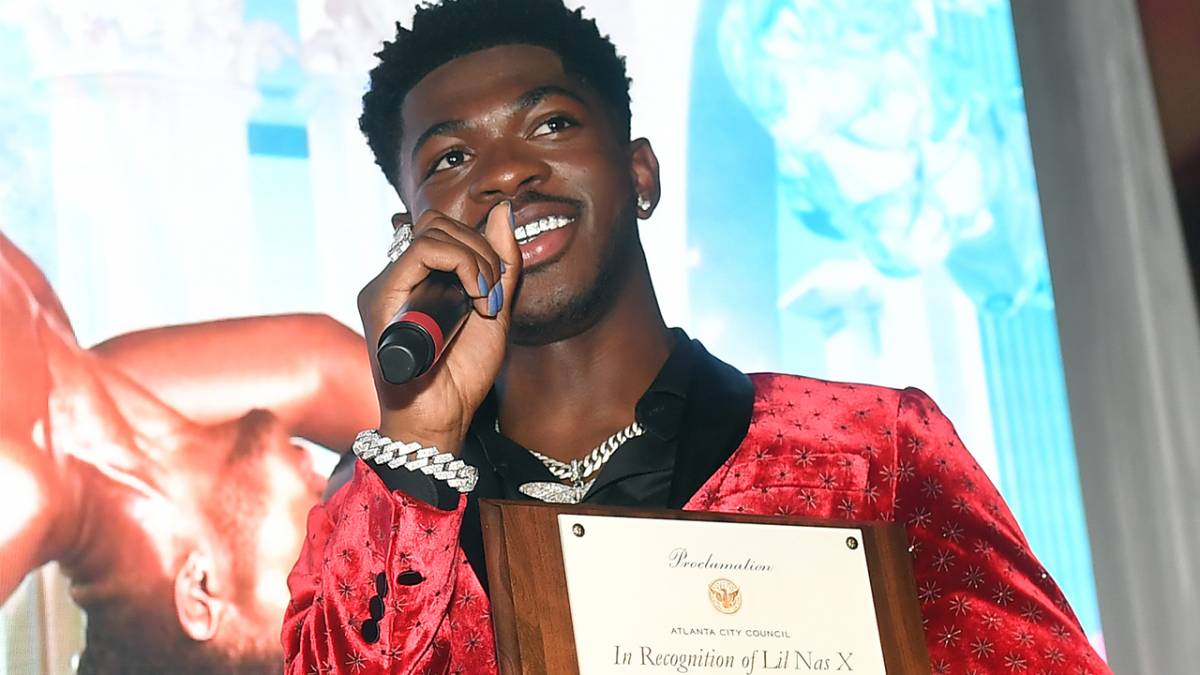 Lil Nas X has been honored with his own day in Atlanta for his musical achievements and impact on the LGBTQ community. Mayoral candidate Antonio Brown presented the “Industry Baby” rapper with a proclamation plaque and delivered a speech on Wednesday (October 20), recognizing the date as Lil Nas X Day in the city of Atlanta.

“He has made a considerable impact on the LGBTQ community by reshaping how society accepts LGBTQ artists within the music industry, and empowering others to break barriers and be more open, expressive, and personal through music and art,” Brown said. “And Lil Nas X, I just wanna say, you inspire me. I’m running to be the mayor of Atlanta. I would be the first LGBTQ mayor in the history of the city. And you inspire me, allow me to believe I can do it. So, thank you.”

Taking to the stage, Lil Nas X said, “Thank you all for being here. This is incredible … I’m not gonna cry. Shout out to Atlanta. I know a lot of you probably didn’t know I’m from Atlanta … I’m from the A. But seriously, this is amazing. I would not have imagined I would be here four years ago when I was at my sister’s house sleeping on the floor … This is incredible.”

The declaration plaque recognizes Lil Nas X’s achievements with songs such as “Old Town Road” and “Industry Baby,” while pointing out his success at award shows.

“The Atlanta City Council is pleased to recognize Lil Nas X for his success in the world of music, entertainment and popular culture,” it reads. “With the release of ‘Old Town Road,’ he achieved massive popularity in early 2019 and stayed atop the Billboard Hot 100 with a record breaking 19-week run.

“He continued his success after debuting his 7 EP. The album has been streamed three billion times. He was nominated for six Grammys and won for Best Music Video and Best Pop Duo/Group Performance.”

It continues, “His influence continues to grow, reaching phenomenal heights on platform such as TikTok, where millions have made videos dancing to his hit songs. He has received recognition during the MTV Video Music Awards, Teen Choice Awards, Country Music Association Awards, People’s Choice Awards and the BET Hip Hop Awards.

“In September 2021, he released MONTERO, an album that has received critical acclaim with its heartfelt subject matter and eclectic sound. He also landed his third Hot 100 leader with the song ‘Industry Baby.’

“He has made considerable impact on the LGBTQ community by reshaping how society accepts LGBTG artists within the music industry and empowering others to break barriers and be more open, expressive and personal through music and art.”

Lil Nas X isn’t the only Georgia rapper to receive his own day in recent months. In September, Gunna was awarded a day in his hometown of South Fulton.