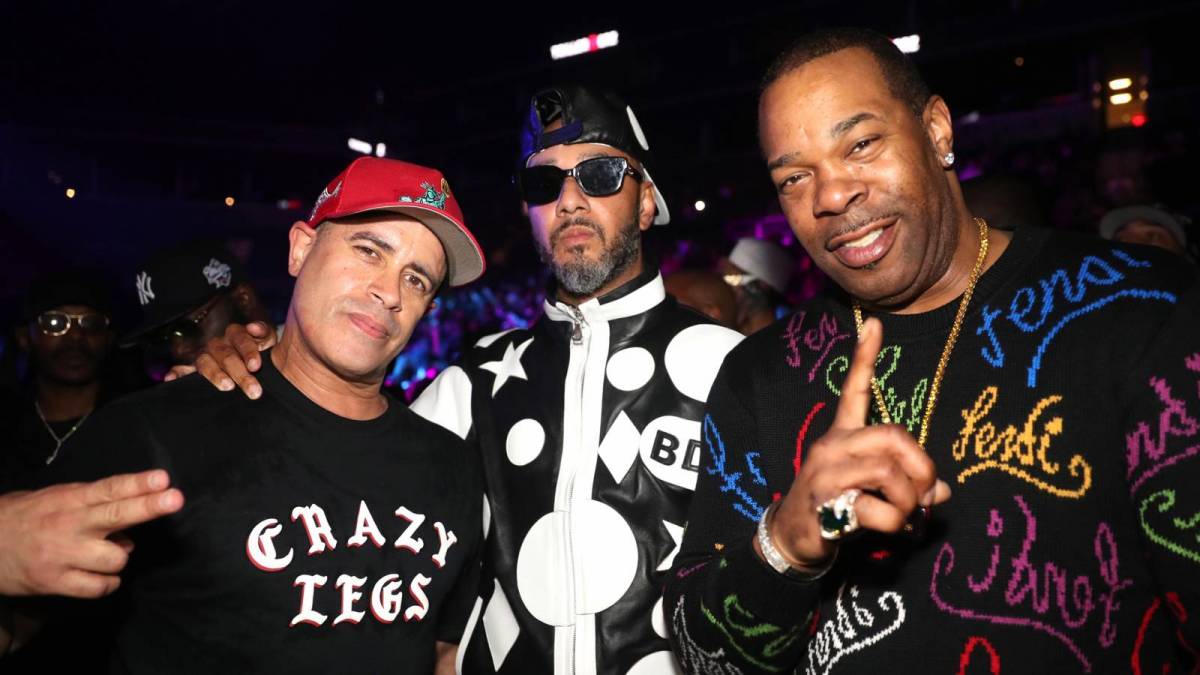 Big Daddy Kane and KRS-One delivered an unforgettable experience on Sunday night (October 17) when they stepped inside the Verzuz arena at Brooklyn’s Barclays Center. With over 100,000 people streaming the event on the Verzuz Instagram account and a packed crowd inside the arena, the two Hip Hop pioneers sailed through some of their most iconic hits.

Both MCs brought out a roster of special guests, including b-boy legend Crazy Legs from the Rock Steady Crew who put on a breaking masterclass alongside fellow icon PopMaster Fabel and Tata. After the performance, Crazy Legs caught up with Busta Rhymes, one of many famous faces in the crowd.

On Monday (October 18), Crazy Legs shared a photo of himself sandwiched in between Bus-A-Bus and Verzuz co-founder Swizz Beatz. In the caption, he revealed Busta Rhymes told him how hard it’s been to find anyone willing to battle him in a Verzuz of his own.

“I had to let @bustarhymes know that no one is worthy enough to battle him,” he wrote. “Then he told me that 5 people already turned it down. Some things are just what they are. He has the unfortunate pleasure of being a god in the rap game. Shout out to @therealswizzz for the #BDP outfit of the day!”

In September, Fat Joe provided some insight into why it’s been such a challenge to find an opponent for Busta Rhymes. Speaking to his 4.5 million Instagram followers, Fat Joe admitted even he was intimidated by Busta’s talent.

As for Busta Rhymes’ own personal choices, he mentioned he’d like to face Eminem, JAY-Z or Lil Wayne during a November 2020 interview with Complex.

“I would love to spar against anybody … as long as their catalog is a powerful catalog, because I don’t want to do a corny Verzuz,” he said at the time. “I don’t wanna do no Verzuz with anybody whose catalog isn’t crazy. And I would love to do a Verzuz with somebody that I’m a fan of, because I’m only trying to compete with people that brings the best out of me.”