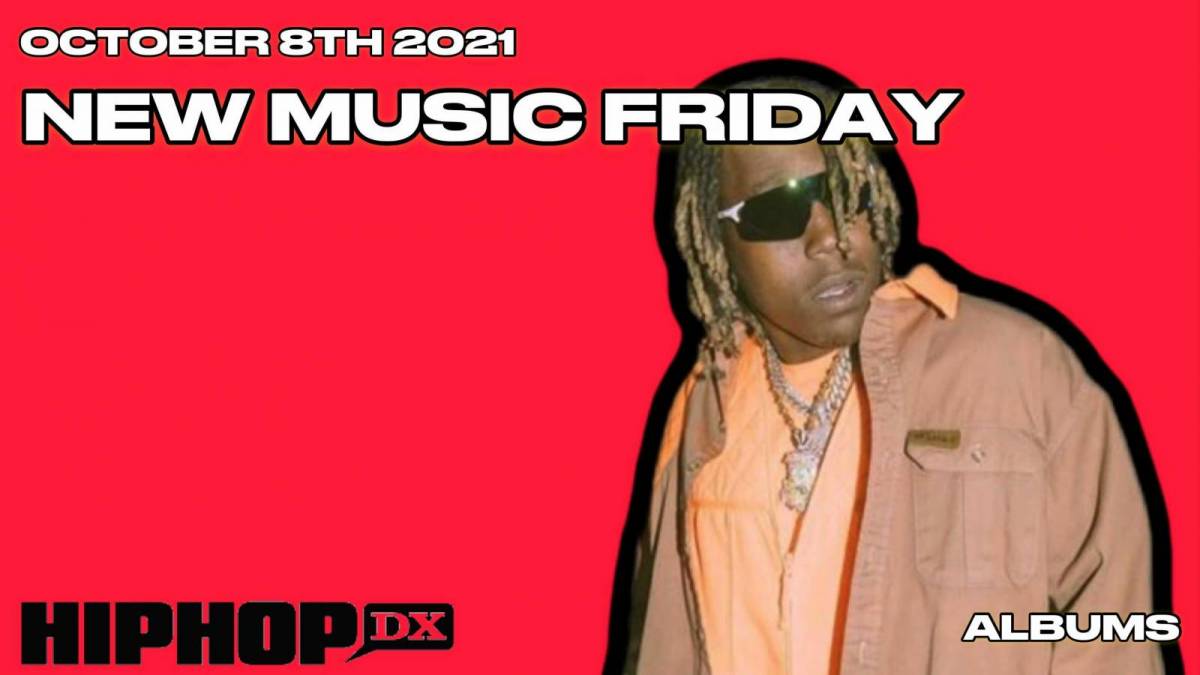 One week has passed in October and autumn has already brought some excellent new albums.

In this edition of New Music Friday, HipHopDX runs through the best new albums in rap and R&B. This week, fans received new music from Houston rapper Don Toliver, a bite-sized EP from Alchemist and friends and a new project from Dreamville’s Lute.

There’s more to discover, so keep reading to see best new albums of the week ending on Friday (October 8), below.

Don Toliver – Life Of A Don

Don Toliver’s latest follows-up his 2020 breakout project Heaven Or Hell, and continues his legacy of intoxicating harmonies, and warm, sunny vocals. As the final days of warm weather fade away, Life Of A Don offers up one final breath of summer.

Life Of A Don, which features verses from Travis Scott, Baby Keem, Kali Uchis, SoFaygo and more, serves as his victory lap. Toliver has the ability to integrate radio-ready hits and smooth, ambient tracks with cohesion, making Life Of A Don one of the week’s best.

Alchemist – This Thing Of Ours Vol. 2

Back in April, Alchemist dropped the first volume of This Thing Of Ours, a collaborative effort with rappers including Earl Sweatshirt, Boldy James, Navy Blue and Maxo. The legendary producer is now back with a sequel, this time with Bruiser Brigade, Danny Brown, Vince Staples,  Mavi and more.

Alchemist is making a good case for Producer of the Year in 2021, dropping dimes with the likes of Boldy James and Armand Hammer, and he hasn’t yet left off the pressure, as is evident with This Thing Of Ours Vol. 2.

Alongside Brooklyn peer Sheff G, Hallow is one of the prominent figures of East Coast drill, helping to keep the genre alive after the untimely death of Pop Smoke in 2020.

Hip Hop duo Atmosphere dominated the late 2010s with their signature sound of lucid vocals and crisp, moody beats. The wordsmith (Slug) and his producer partner (Ant) have now returned with WORD?, their latest album since last year’s The Day Before Halloween.

Crisp instrumentals and winding narrative storytelling are key fixtures of every new Atmosphere project, and WORD? is no different. With some help from Evidence, Aesop Rock, MF DOOM and more, Slug and Ant tackle their songs with the maturity earned from over a decade of experience in the music industry.

Dreamville’s roster is deep and ruthlessly talented. J. Cole has received his shine and so have JID and Bas, but now it’s time for Charlotte, North Carolina’s Lute to step into the spotlight. Four years have passed since Lute released his debut album West 1996 Pt. 2, and the lyrical rapper’s growth is instantly evident.

Rapping alongside his peers from Dreamville and artists outside the bubble like legendary NC rap group Little Brother and melody-killer BJ The Chicago Kid, Lute explores topics of legacy, generational history and love with a poignant sense of introspection.

From the moment the terrorizing guitars start to swirl on “Dr. Aco’s Miracle Bullets,” it’s immediately apparent Paris Texas is aiming for the jugular on Red Hand Akimbo. Across all five tracks, the pedal remains fully floored, adding yet another victory in Paris Texas’s already monstrous year.

Bronze Nazareth raps with a stream-of-consciousness delivery which lights up speakers with a heavenly power. His esoteric and often heady raps don’t always make for an easy listen, but given enough time to soak in the music, messages begin to appear in his lyrics, previously hidden on the first spin.

SoloSam – PRINCIPLES TO DIE BY

SoloSam isn’t new to this game: he’s been dropping music since 2018’s Itis, but PRINCIPLES TO DIE BY stands as a landmark achievement in the artist’s career. On the Chicago native’s latest, the “Fire” rapper demonstrates his versatility and mood-setting ability. He carries energy across a diverse range of tracks such as the heavy vibes of “ROSES” and the anxiety-ridden “ADDICTIONS.”

Highlights of PRINCIPLES TO DIE BY include the Michael Christmas-assisted “HOTBOX” and “Motorbike Freestyle,” but Sam holds his own across all eight songs.