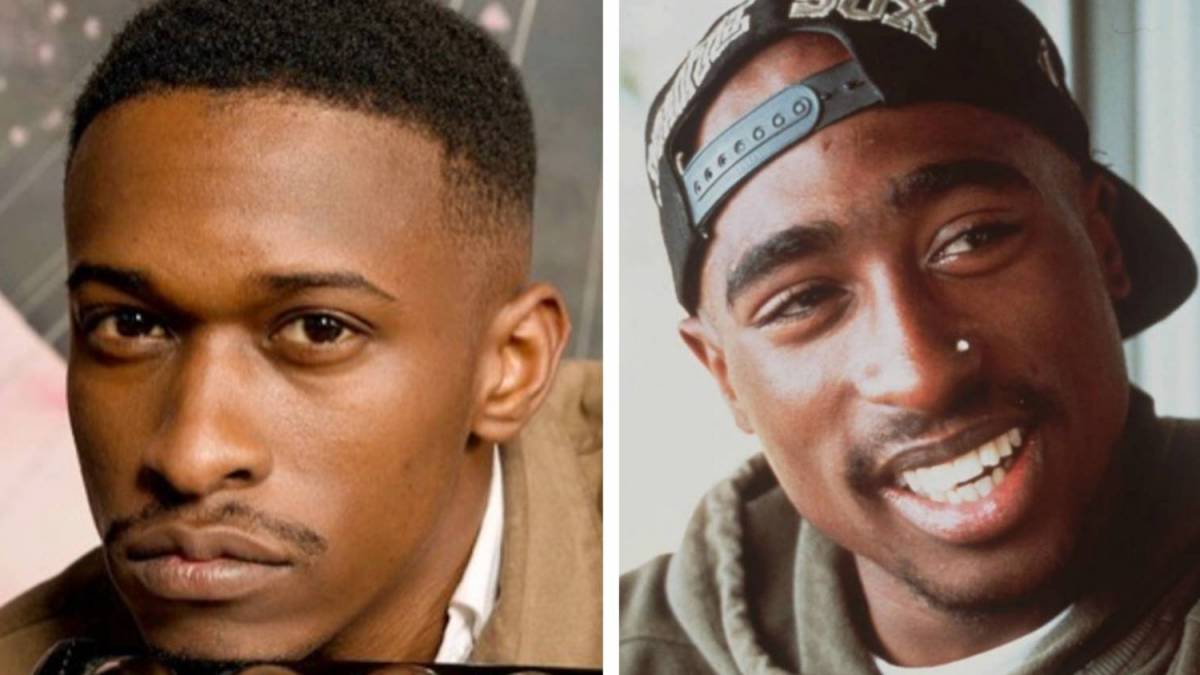 Tupac “2Pac” Shakur was shot at a Las Vegas intersection on September 7, 1996 and later died at the University Medical Center of Southern Nevada on September 13th. As one of the most infamous murders in Hip Hop history, the case remains unsolved to this day.

Although 2Pac’s life was cut short at only 25 years old, his family lives on to continue his legacy and keep his spirit alive.

As Hip Hop fans mourn in the wake of the 25th anniversary of 2Pac’s death, HipHopDX exclusively had a chance to speak with his nephew Malik Shakur about the ongoing work of the Tupac Amaru Shakur Foundation, his shared passion for acting, and where some of the legendary 2Pac memorabilia is being held.

Earlier on, Malik shared with DX the new initiatives that the Tupac Amaru Shakur Foundation planned to tackle in 2021 regarding mental health in the Black community. Starting with their “50 For 50 Campaign,” the foundation celebrated what would have been 2Pac’s 50th birthday (June 16), and also Afeni Shakur’s acquittal 50 years ago when she was on trial.

“The 50 for 50 campaign, overall, is a celebration of the struggle, the life, the work and accomplishments of both my grandmother Afeni and my uncle 2Pac,” he told DX. “He [2Pac] would have been celebrating his 50th birthday as you said, and my grandmother, who 50 years ago represented herself on trial, was acquitted while being pregnant with Pac. So yeah, this year is big for my family history.” 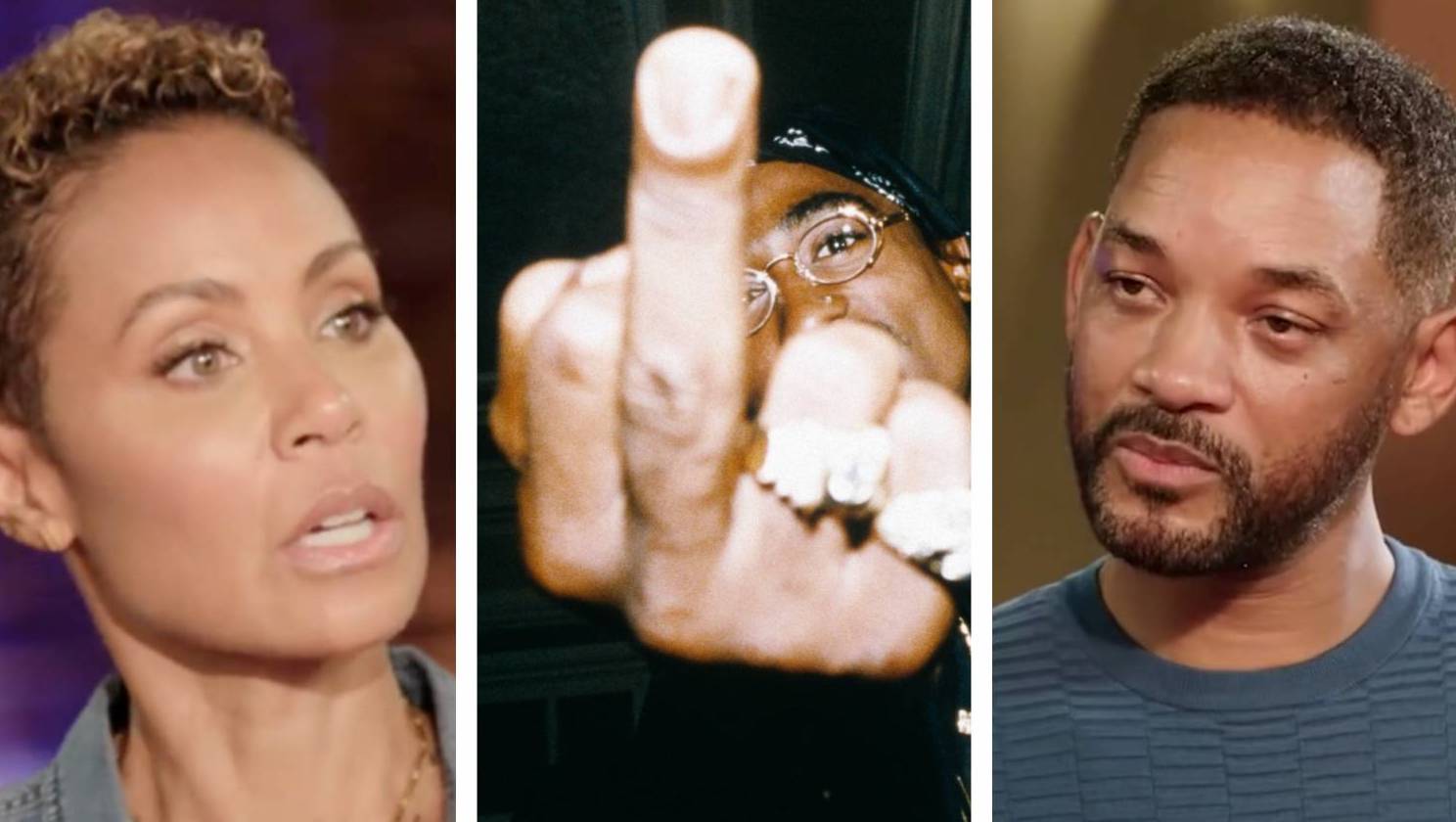 Dreading the horrible memory that September 13th brings the Shakur family, Malik lightly joked about what he thinks his uncle would have been like if he were alive and able to celebrate his belated 50th birthday this passing June. “He [Pac] would have loved to take me and my sister out for a great lunch or probably take my mom out … get a new outfit.” Malik shared. “But knowing him, he might have ended up at the club, God forbid, I hope not. 50 years old at the club is not a good look … I don’t know, I’m sure he would’ve been fat and old … I hope he’d just play with all of the kids and eat some good food.”

The Shakur family legacy lives on beyond 2Pac’s passing 25 years ago. Not only does Pac’s nephew bear his facial recognizance, but he is also into acting too as well as no stranger to activism. When asked about any memories of his uncle, of course, Malik didn’t have many as he was only a baby when 2Pac passed, but he did talk about the stories his family tells him.

“It’s funny because there’s two pictures on my mother’s fridge in her house and one of them is me in Atlanta at a protest to the killing of Trayvon Martin, and the other is Pac, a little bit over 18,” Malik told DX. “In the photo I think he’s [Pac] in Baltimore or something and he’s at a protest … yeah he’s protesting Apartheid I think, and we look just alike. We’re making the same fist … I guess he gave me that bone in my body. When I hear stories like that about him being a card-carrying member of the communist party or I hear about him fighting apartheid before any celebrity … that’s really relatable to me now. These stories tell me what he felt was important to him back then.”

Outside of activism and making thought-provoking music, 2Pac had opportunities to show other sides to him through acting. He played in beloved films such as the 1991 film Nothing but Trouble where he made an appearance with Digital Underground, and also starred in the 1992 classic Juice, where he played Roland Bishop. Pac then went on to star alongside Janet Jackson in John Singleton’s Poetic Justice in ’93 and in Above the Rim the following year. Unfortunately, three more films starring Pac were released after his death: Bullet (1996), Gridlock’d (1997), and Gang Related (1997).

As a blossoming actor himself, Malik has also starred in a few short films. In 2020, he starred in the Sundance short film Buck as the character Lynn, a young depressed Black gay man in Baltimore exploring the intersection of mental health issues, drug use and sex. He also recently starred in the short film Homegoing, in which he plays a mortician. According to Malik, the roles that he has held in some way or another, have spoken to an aspect of social justice.

“My first short film [Buck] was about a wealthy democratic party donor who was a human trafficker and an assaulter of young homeless Black men in Los Angeles,” Malik said. “So yeah, my first experience with onscreen acting was directly infused with social justice, and when you’re a young Black man trying to get into acting, the roles for us are often reflected through our lives. Whether it’s getting cast as a gang member … or getting cast as some sort of wayward youth … it’s rare to have a role that is devoid from the effects of society that we live in today.”

Ironically, Malik shares many similarities with Pac but has never even fathomed the idea of playing the role of his uncle in a biopic. “I think there’s a lot of talented actors that could do that.” He shared. “Well, at least a brother that looks a little bit more like him … but I would love to be a part of the process of writing that story. I think a huge thing me and my family talks about is being able to tell our own stories, especially when it comes to not only Pac but the Shakur family [as a whole].

“So yeah, I’d love to be a part of that process, I just don’t know if I’d be the actor though.”

Malik also shared that his family has 2Pac’s most valuable memorabilia from movies, achievements, and career milestones that are in no plans to be displayed, any time soon. “We keep all that stuff.” He revealed. “We keep all that stuff at the house, but I don’t think we have any plans to do anything with it right now … maybe in the future but Pac will always be here. His memorabilia ain’t going nowhere.”

Although Malik’s time with his uncle is mostly acknowledged through stories told to him by his mother Sekyiwa Shakur and family, he still has found solace in his uncle’s legacy and messages that he cherishes to this day. “Something that he taught me was that there’s nothing more important as a man and as a leader than listening and serving the women and the children in your community.” Malik expressed. “Your leadership doesn’t matter if it is not of service to the elderly, the children and the women in your community. It doesn’t matter how successful you are if you’re not doing stuff for them, it doesn’t matter how rich you are if you’re not being rich for them. So that’s one of the most simple and truest things he’s ever taught me. So I appreciate him for that.”

To get more involved with the Tupac Amaru Shakur Foundation and their 50 for 50 campaign, you can text TUPAC to 44321 or visit their website here. You can also follow TASF on social media @4tasf.