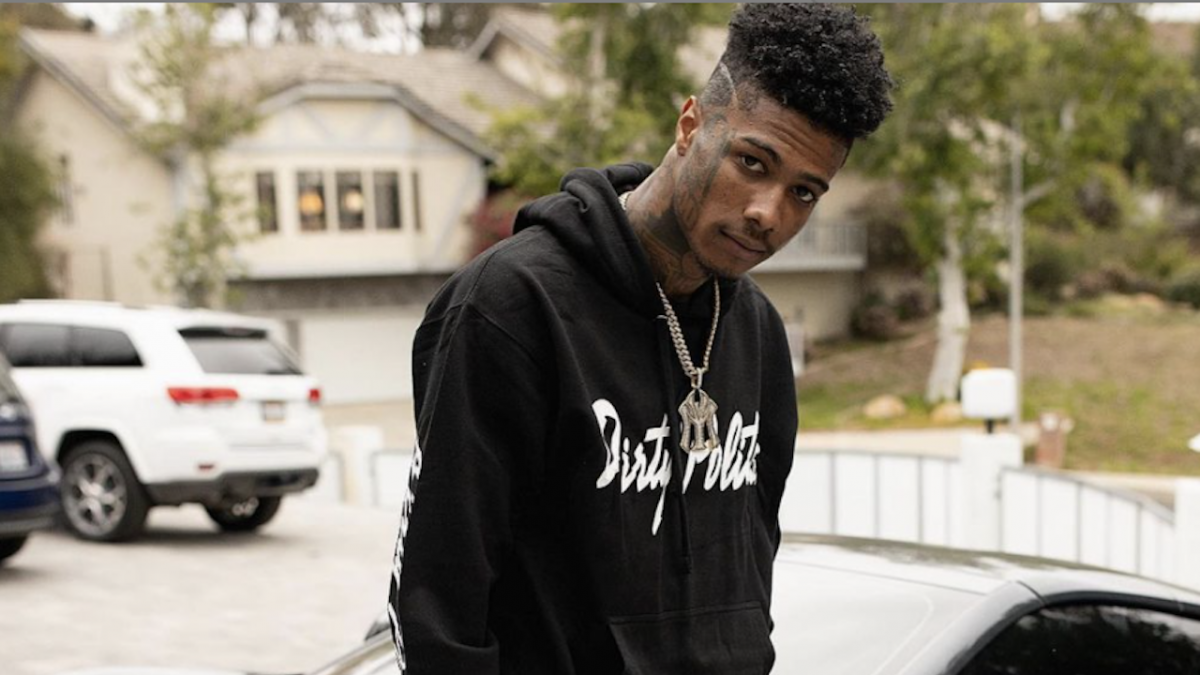 San Fernando Valley, CA – Blueface reportedly attempted to get into Skinny’s Lounge in the San Fernando Valley on Sunday night (September 12) but was stopped by a security guard who asked to see his I.D. That’s when TMZ says things went left.

After being denied entry, Blueface and two of his friends allegedly stomped on the bouncer’s face to point he needed stitches. Local police are now investigating the incident as a battery case.

Blueface is being accused of attacking a club bouncer. pic.twitter.com/X9muGQ8bg5

Witnesses at the scene said Blueface tried to pull the “Don’t you know who I am?” card and when the bouncer didn’t recognize him, he Googled himself to prove he was “famous.” At that point, a brawl erupted and the bouncer had to be taken to the hospital by ambulance.  The man was treated for bruises and several scratches that required sutures.

Law enforcement sources did get a report of a fight at Skinny’s Lounge shortly after midnight local time and learned one person had been hospitalized with minor injuries.

Blueface has been getting into the celebrity boxing craze in recent months. In July, he made his debut in the Bare Knuckle Fighting Championship and explained how his history with the School Yard Crips prepared him for battle.

He added, “I don’t know if you guys seen but me and YK Osiris was actually boxing in the backyard for fun, kicks and giggles. And that’s really how all of this celebrity boxing came about, in my opinion.”