Tupac Shakur was shot at a Las Vegas intersection on September 7, 1996 and died at the University Medical Center of Southern Nevada six days later. The murder remains unsolved despite numerous theories pointing to the late Orlando Anderson as the triggerman. Countless articles and numerous documentaries have explored the topic, but they’ve never led to an arrest.

As the 25th anniversary of 2Pac’s death inches closer, The Sun reports police intentionally decided not to investigate the murder further, even though Anderson’s uncle Duane “Keefe D” Davis confessed to being an accomplice in his Compton Street Legend memoir.

A source connected to Las Vegas Metro Police claims detectives opted not to question him due to his 2018 cancer diagnosis and considered it “a waste of time.”

Cops believe any criminal case would be “tough to justify” in terms of cost to the taxpayer and man hours, given the possibility of Davis’s death during prosecution. The source added there’s also no guarantee Davis would confirm his book confession in a formal police interview. (In 2018’s Death Row Chronicles, Davis also claimed he knew who pulled the trigger in 2Pac’s murder but refused to name the shooter, claiming doing so would “violate the code of the streets” — despite his Compton Street Legend admission.)

Ex-Los Angeles Police Department detective Greg Kading, who solved 2Pac’s murder over a decade ago, has called for Davis’s arrest only to be disappointed time and time again.

“The case of Tupac’s murder remains open and will likely stay that way now,” the source reportedly said. “[Davis] wrote his book outlining exactly what went down with the murder, confirming that Orlando pulled the trigger. The detectives were aware of what [Davis] had written in his memoir, but also knew he’d told people he did not have long to live. A decision was made based on the best use of resources for the department.

“Simply put, pushing a criminal investigation for a dying man is a waste of time and taxpayers’ money with no strong chance of justice. Furthermore there is no guarantee that [Davis] would even talk to them about the night on record, or not say that his book was fictional simply to create buzz and sell copies. The detectives have many other more pressing cases to attend to in Vegas.” 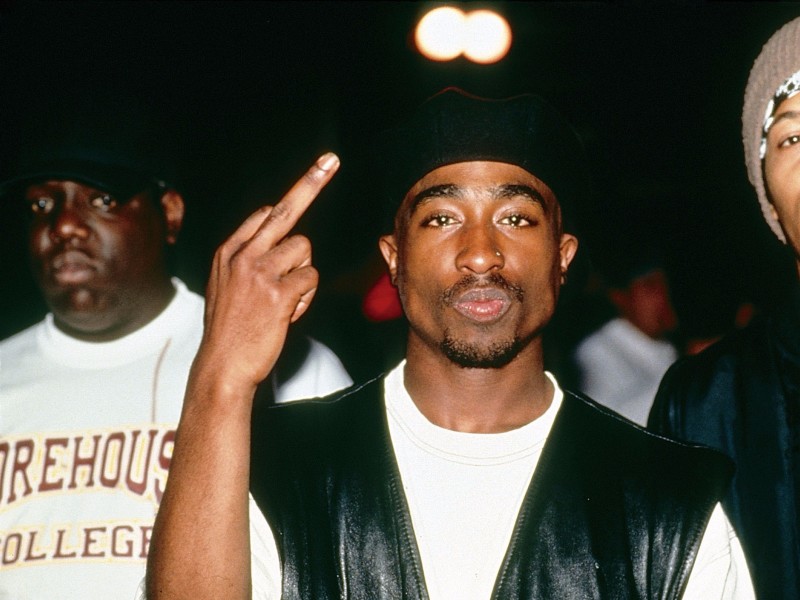 The source added, “A 25-year-old case, just because it centres on 2Pac, would be a pain in the ass for officers to assemble. Quite frankly this decision was seen by Metro as a sensible one. What will bewilder many people is that no one has ever been arrested for 2Pac’s killing. The sad truth is that all the key figures in this tragedy either met the same fate as 2Pac or stuck by the gangster code of never talking to police.”

Orlando Anderson died in May 1998 at Martin Luther King Jr. Harbor Hospital in Willowbrook, California after he was shot during a gang-related shooting. Meanwhile, Davis is alive and well. He recently sat down with The Art of Dialogue where he talked about his last run-in with Daz Dillinger.