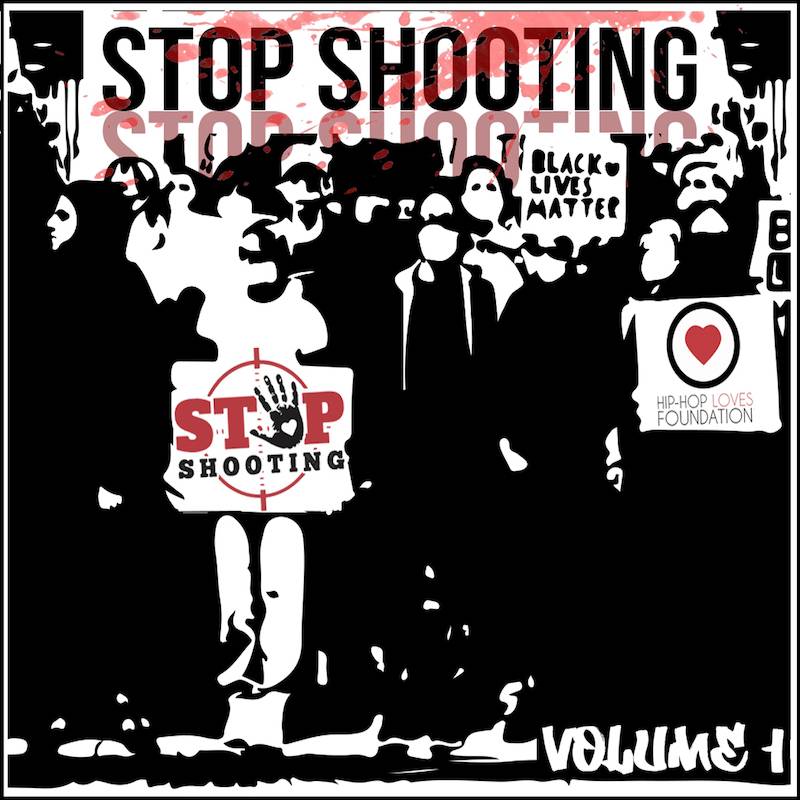 Rappers From Around The Globe Unite To Fight Gun Violence

Gun violence has plagued Hip Hop for years, altering and claiming the lives of numerous prominent figures in the culture. The Hip Hop Loves Foundation, an organization dedicated to educating and empowering youth across the globe, released their first project Stop Shooting Volume 1: Voices of Justice to help combat one of Hip Hop’s tragic pitfalls.

Clocking in at 17 tracks, the project contains guest verses from contributors from six different continents. Utilizing art as a response to violence and oppression, Stop Shooting Volume 1: Voices of Justice is a labor of non-violent protest aiming for the public to join them in the fight for justice and change.

“We feel the project is important because the hip hop community should be doing more in regards to taking action on issues around gun violence and police brutality,” René John Sandy II, the co-founder and executive director of the HHL Foundation said in a statement. “ It’s affecting all demographics of people. Having artists from all over the world take a stand and raise their voice is a great way to take action, unify, and create a solution for this.”

Founded in 2009, the HHL Foundation began planting seeds for Stop Shooting Volume 1: Voices of Justice in 2014 following the deaths of Trayvon Martin and Eric Garner. Artist Terrel Lewis’ track got the attention of Dr. Yusef Salaam of the Exonerated Five, one of the key figures in police and prison reform after he and four other New York teens were wrongfully convicted of sexual assault in 1990.

Salaam would later add to the song and the finished product, “Times Are Changing: Hands Up Every Day,” became a testament to the power of the message and how a call to arms in response to ending gun violence would be heard and felt globally.

Stream the project in full below.