Outkast is celebrating the 25th anniversary of ATLiens on Friday (August 27) with the release of a deluxe version of the critically acclaimed Hip Hop classic. Serving as André 3000 and Big Boi’s sophomore album, the 15-track effort offered songs such as “Wheelz Of Steel” and “Elevators (Me & You).”

Ahead of the significant milestone, the celebrated Southern Hip Hop duo has dropped an animated visual for “2 Dope Boyz (In A Cadillac),” a video game-inspired production. Directed by Rafatoon and produced by dreambear, the visual finds Daddy Fat Sax and Dre taking a psychedelic trip to outer space.

The video serves as the perfect segue into Outkast’s forthcoming venture into the video game world. According to Rolling Stone, the game will allow users to assume the role of Big Boi or 3 Stacks as they try to defend Atlanta against an alien invasion. The game will be for mobile and desktop browsers, although a release date has yet to be announced. 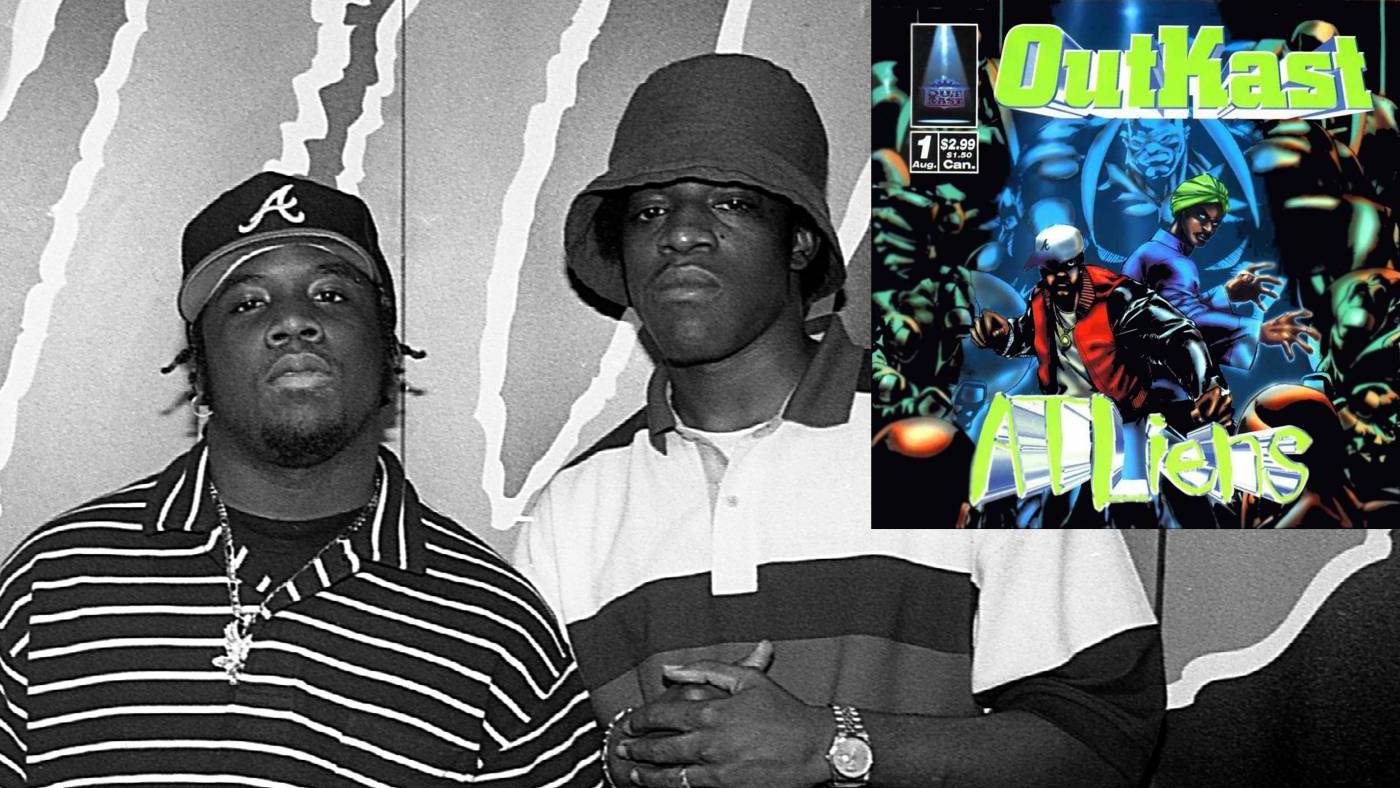 Outkast To Drop ‘ATLiens’ 25th Anniversary Edition + All The Instrumentals

In a 2016 interview with Spin magazine, Big Boi talked about the meaning behind “Two Dope Boyz (In A Cadillac).”

“The point that we were proving is that we’ll eat your ass up,” he said at the time. “We some real MCs. Black dog and black wolf is what they called us in high school. Just lyrically dominant, and it’s still about that.

“I stay recording and I’m halfway done with my next solo record, which someone is saying is one of my best records ever — it’s some of my best work to date. I think it’s going to shock a lot of people.”

Until then, check out the animated video for “2 Dope Boyz (In A Cadillac)” up top.