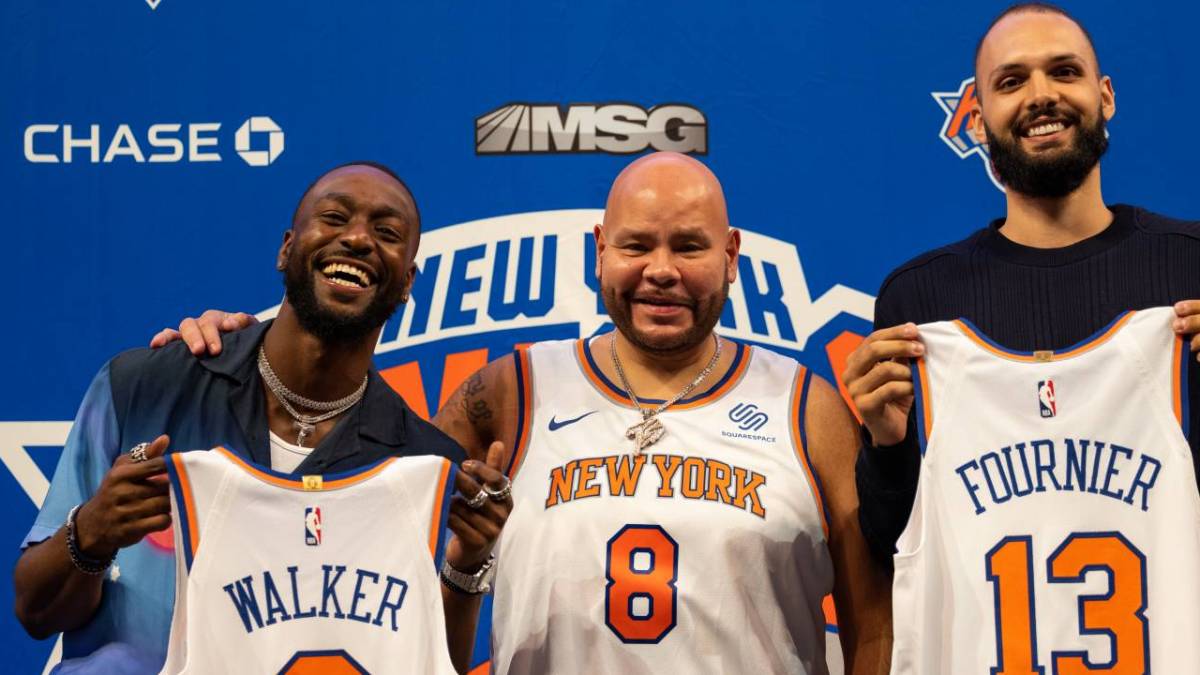 Manhattan, N.Y. – The New York Knicks officially introduced their 2021 additions on Tuesday (August 17) and Fat Joe was in the building to welcome Kemba Walker and Evan Fournier to the Big Apple.

Fat Joe is a courtside mainstay at Madison Square Garden every year and does whatever he can to support his New York Knicks.

Rocking the No. 8 jersey of fellow Bronx native Kemba Walker, Joey Crack took to the stage and posed for pictures with Walker and Fournier after chopping it up with the former Celtics for a few minutes.

After a first-round exit in the playoffs at the hands of the Atlanta Hawks, the Knicks bolstered their roster by adding Walker and Fournier along with shooting guard Dwayne Bacon in free agency. The team also brought back point guard Derrick Rose, Alec Burks as well as re-signed centers Nerlens Noel and Taj Gibson.

The NBA revealed on Tuesday that the NYK will be opening their season on October 20 against the Boston Celtics and Knicks basketball is back on Christmas when they’ll face the aforementioned Atlanta Hawks at noon ET at Madison Square Garden on December 25 in a 2021 playoffs rematch.