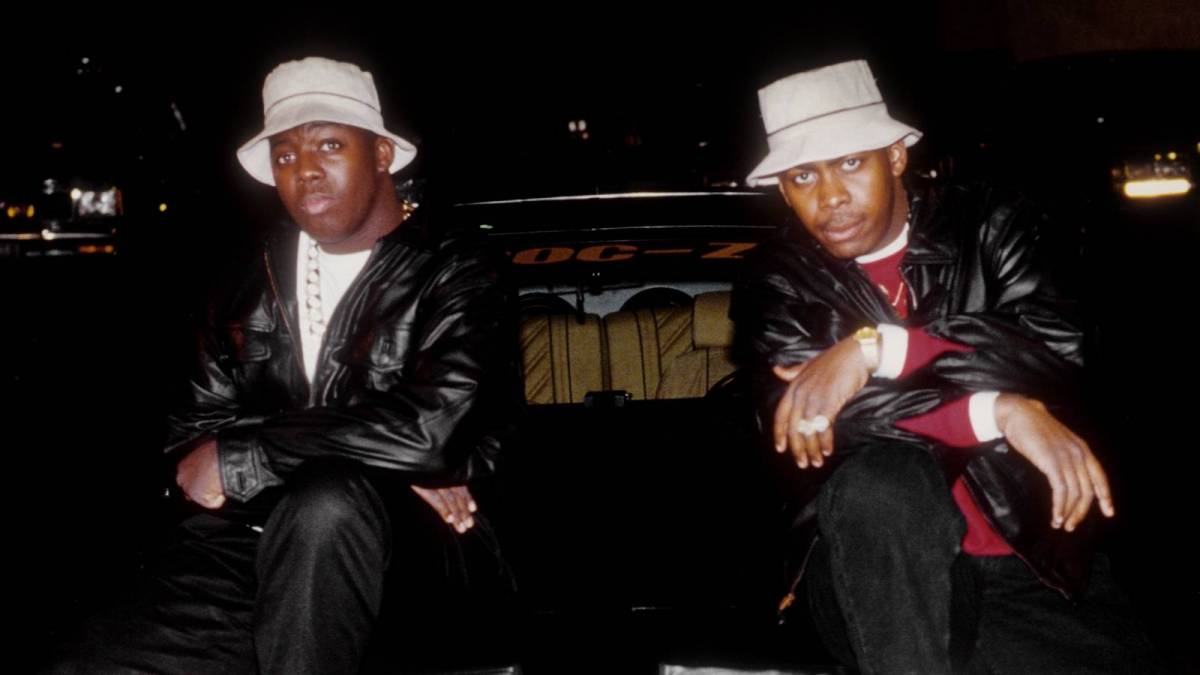 While Hip Hop fans rabidly ate it up, a few tracks immediately stood out from the pack — “Death Row East,” “Nobody” with Lauryn Hill and “EPMD 2” with Eminem and EPMD’s Erick Sermon and Parish Smith.

The track found Nas not only paying homage to EPMD as he rapped along with the legendary Hip Hop duo, it also featured Eminem spitting tributes to the late MF DOOM, DMX, The Fat Boys’ Prince Markie Dee and Whodini’s Ecstasy, among others.

Speaking to HipHopDX, Parish talked about how the collaboration came to fruition and how the first “EPMD” track on King’s Disease essentially led to the remix.

“This was Hip Hop doing a full 360 and heading back to the golden era,” Parish tells DX. “With Nas, the connection with my grandfather being from Queens and Nas being from Queens, I used to be — and still am — a big fan of Main Source, the original foundation where Nas actually started.

“When Nas paid homage to EPMD on the first ‘EPMD,’ it was only right for Erick and I to get on the track and show love as well. Once Nas dropped the song, it got so big that it created a vibe that cut through everything, like, ‘Yeah, you know, I can hear EPMD doing the song with Nas.’ Then through the communication between both camps, we were able to get it done.”

As Parish explains, he and Erick hit the studio, turned on the mics and “caught that wave that’s been missing.”

But Parish admits they didn’t know Eminem was going to be on the song until a week before it dropped, adding they kept it “tight-lipped.” Overall, he thought the song brought the best out of all four MCs.

“When you get on a track like that with artists like EPMD and Nas, it goes back to like an MC’s favorite MC — you step it up,” he explains. “I would say in comparison to K-Solo on ‘Knick Knack Patty Wack’ on EPMD’s Unfinished Business. We came in regular mode, we was doing what we do. At the end, K-Solo came in representing the true essence of what Hip Hop is all about.

When asked if Parish thinks Hip Hop is returning to its foundation, he replies, “That’s what it’s looking like. It was brought to our attention we stopped working simply and started watching. Next thing you know, it got out of control. The employees of the year, yeah, we’re back to work.

“The state of the world and the times we’re in, they’re making it very clear, the old world is gone. People are trying to rebuild, trying to get their companies — whether it’s restaurants or sports, whatever the case may be — and music always ran parallel to that. Before everything got shut down, it was a different time out there and a different type of energy. Now people want to hear more serious music they can relate to.”

Parish is blown away artists who looked up to EPMD coming up are “giving them their flowers” while they’re still alive.

“It’s no different than mending the bridge through the generations of Hip Hop,” he concludes. “We would pay homage to Run-DMC when we started out.