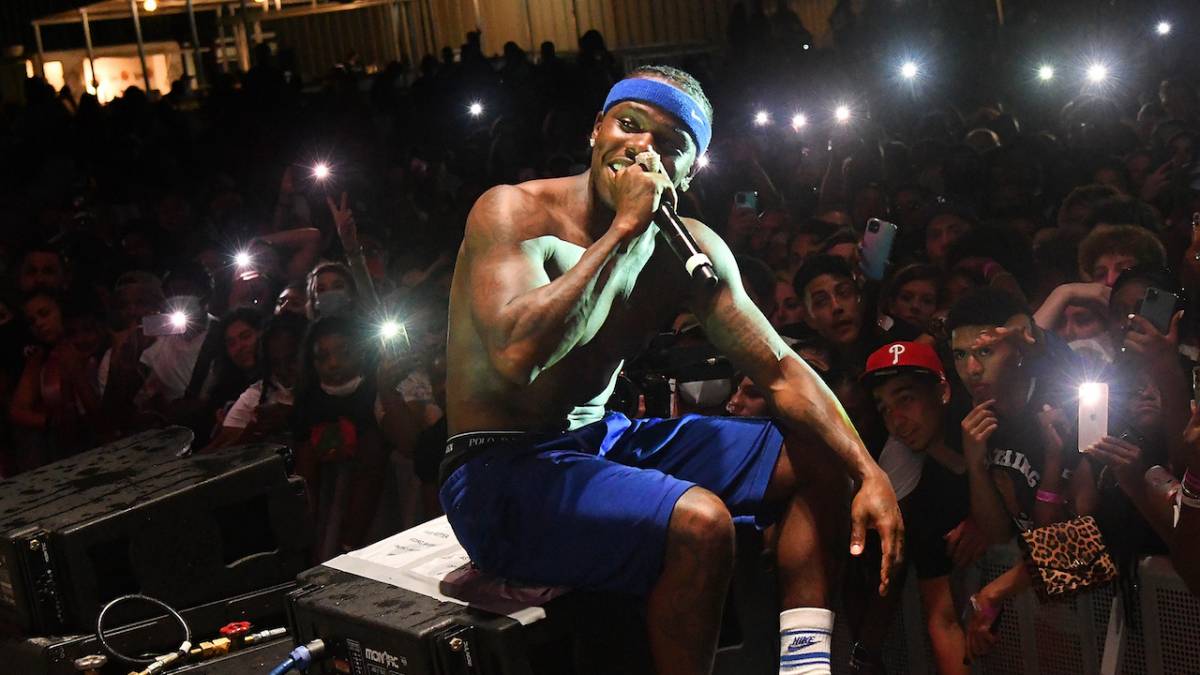 DaBaby has been making headlines left and right with his polarizing decision-making on the Rolling Loud Miami stage Sunday night (July 25).  In the midst of his set, Baby went on a rant prompting the raucous crowd to put their lighters in the sky, but many fans took offense to the homophobic tangent.

“If you didn’t show up today with HIV, AIDS, or any of them deadly sexually transmitted diseases, that’ll make you die in two to three weeks, then put your cellphone lighter up,” he said.

DaBaby this is weird to say?? Wth. pic.twitter.com/MDBQEZ2NsA

DaBaby continued to perform with the crowd brushing off the awkward moment. He then went on to bring out Tory Lanez as a special guest while Megan Thee Stallion performed shortly prior to him. A fan even threw an Adidas sneaker at the Charlotte rapper who narrowly avoided the headshot.

Someone threw Adidas shoe at DaBaby when he was performing at #RollingLoud pic.twitter.com/zvXwCCULfp

Still, DaBaby made sure fans went home with the full Baby concert experience as he agreed to pay a $10,000 fine for going past the festival’s curfew and finish off his boisterous set on his own terms.

DaBaby was slated to drop off what he expects to be a “classic” album in July but time is running out with only one more week left for the LP to arrive.