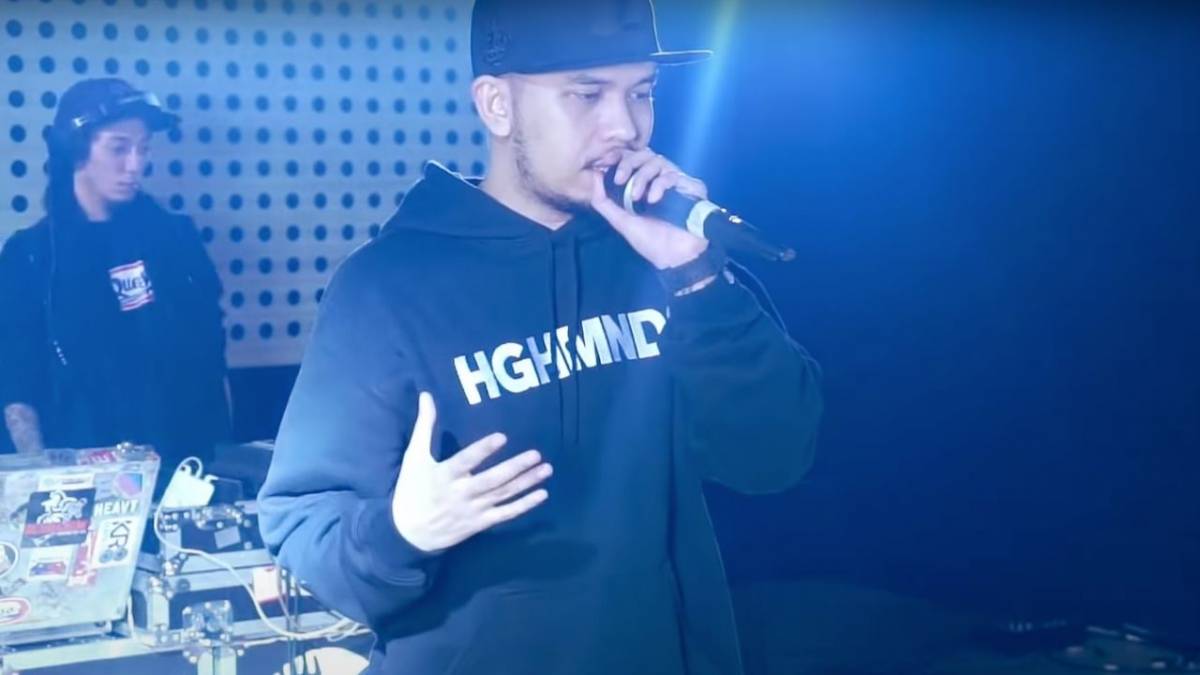 He opened his set with his 2020 track, “Wag Ka Magdroga!” (Don’t Do Drugs!) a straightforward anti-drug PSA track that not only tackles its dangers to one’s health but also the possibly extraneous fatal consequences, something that hits close to home for the FlipTop battle rapper.

Prior to performing “Eskapo” (To Escape), Loonie openly spoke about his experience making the song, which he wrote in 2019: a period in his life that he described as “one of the darkest,” and shared that he underwent anxiety, depression, and suicidal ideation during this time. “Eskapo” is, according to him, a track about his mental health and cites it as one of the most personal he’s ever written.

This is the first time Loonie did a live set at Tower Sessions Live as a solo artist, noting that he used to jam at the studio with Stick Figgas, the rap group he formed with Ron Henley, which also included B-Boy Garcia.

On June 23, Loonie announced on social media that the Makati Regional Trial Court – Branch 64 dismissed the drug-selling case the Makati City Police Station Drugs Enforcement Unit (SDEU) filed against him, his younger sister and manager Idyll Peroramas, and two members of their rap production crew. In a separate video with his sister, Loonie said that they plan on filing counter-charges against “individuals who planted evidences (sic) during the supposed buy-bust operation.”