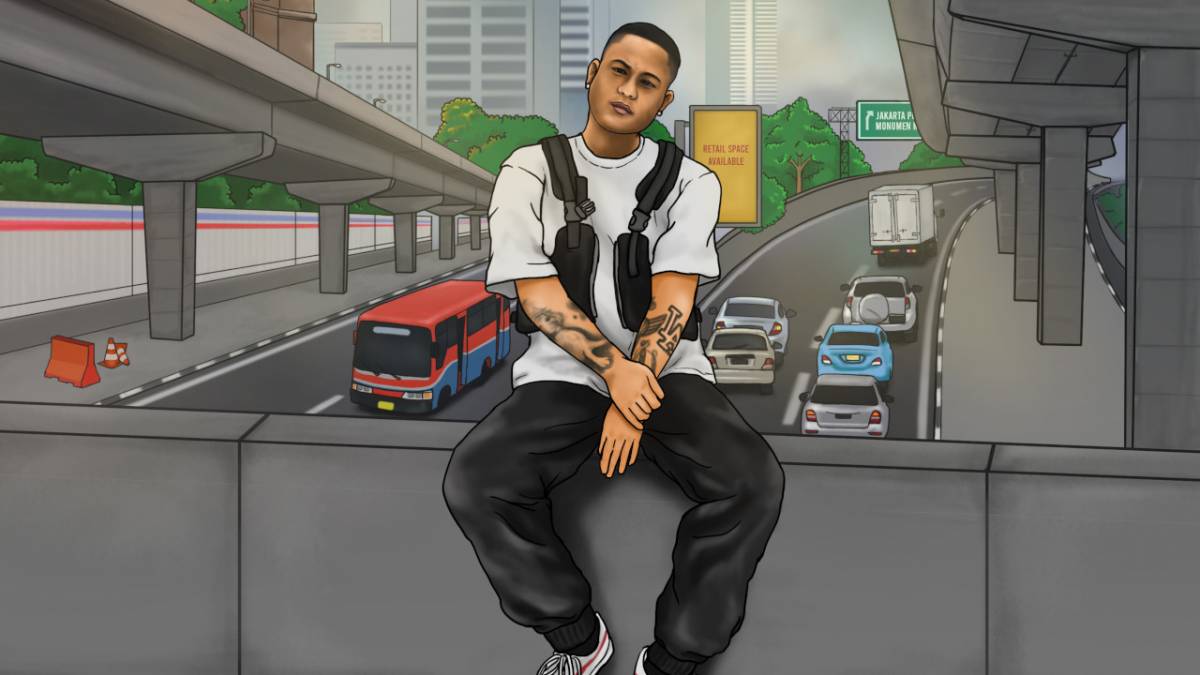 “INDO KID plays like a memoir by Ben as he raps about his life and the struggles he faced growing up in California and Jakarta,” according to a press statement. Alongside the album release, Ben Utomo also premiered the music video for opening track “Masih Di Sini” (“Still Here”), which “speak[s] about his hustle and grind mentality – an attitude that has served him well throughout his life and helped cement his place today as one of the most talented rappers to come out of Indonesia.”

Showcasing his pride, the rapper emphasized the importance of claiming your identity. “This album aims to show who I really am, who Ben Utomo is, that’s why I named it INDO KID. This album is also a representation of my alias, Indo Kid RAM. I want people to know that I am proud to be an Indo kid.”

Produced during the pandemic, the process for INDO KID was a D-I-Y approach, taking Utomo back to the basics. “I did everything myself in my studio. I wrote songs myself, I also recorded and took vocals myself without an engineer, I couldn’t even meet the producers directly—we just sent beats and music back and forth to each other via email,” he shared.

Although all 10 tracks in the album have their own significances, there are several titles that Utomo cite as his favorites. “It’s hard to name one or two. But I really like ‘Indo Kid’ and ‘Itu Selalu.’ I also like ‘Tak Kenal Lelah’ because the track shows my persistence and hard work in achieving my goals.”

Prior to the album release, Utomo shared the title track earlier this year.

Listen to INDO KID on Spotify: