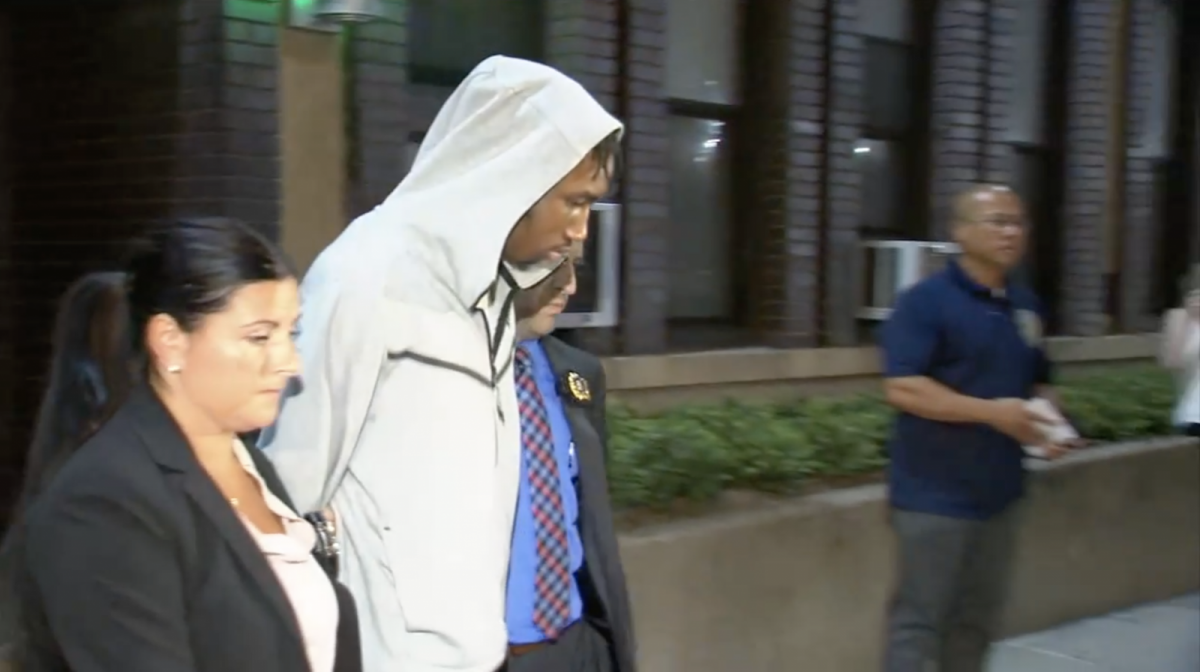 Elijah Quamina, better known as Eli Fross, has bigger problems to worry about outside of being removed from Pop Smoke’s “Top Shotta.”

The 20-year-old New York rapper was reportedly arrested Thursday (July 15) after he was caught on camera shooting at a motorcyclist and his friend. According to the New York Daily News, Fross’ Mercedes accidentally clipped them while in traffic between Seventh Avenue and W. 41st Street in Manhattan around Times Square.

Fross told prosecutors in the Manhattan Supreme Court he was simply defending himself after the motorcyclist’s friend opened fire in retaliation after the accidental clipping. He’s been charged with attempted murder, attempted assault and criminal possession of a weapon.

The “GOAT Freestyle” rapper’s bail was set at $100,000 but shortly after his arrest, the money was paid in full and he was released.

Police say Fross’ Mercedes knocked over the 32-year-old motorcyclist in the bike lane on Seventh Ave, injuring his knee and elbow. When the motorcyclist’s friend came over to confront Fross, police claim Fross drew his handgun and began firing at the friend before the Mercedes sped off.

The Winners Circle Entertainment affiliate, which is home to DX Rising Stars Sheff G and Sleepy Hallow, found himself in trouble earlier this year after police arrested him on May 29 near the intersection of Ocean Parkway and Webster Avenue in Kensington after finding him with a loaded pistol.

Fross is most notable for viral singles such as “ISO,” “Mental” and a guest appearance on Sheff G’s “Picasso,” alongside Jay Critch and the late King Von.

Fross faces up to five years in prison if convicted.