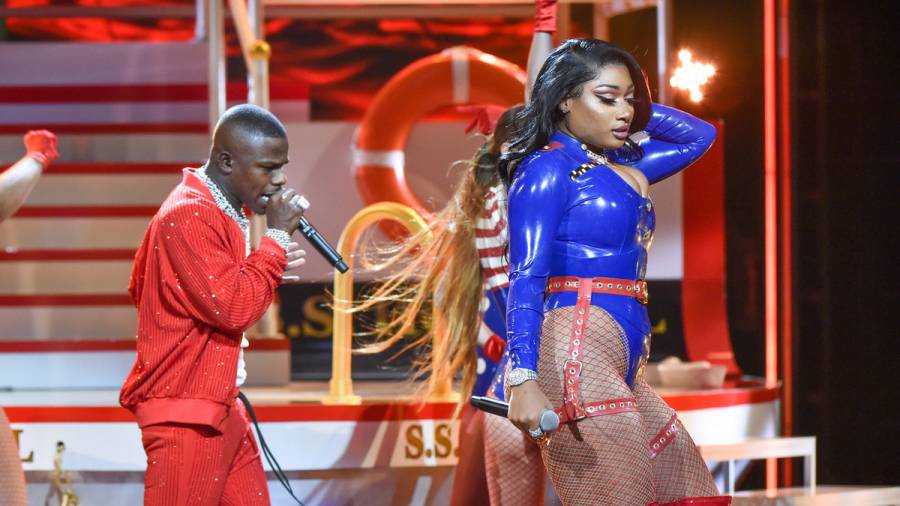 The issues between DaBaby and Megan Thee Stallion are heating up, and now it looks like they’ll be going up against each other in the fashion department.

On Thursday (June 24), Megan and DaBaby both dropped their respective clothing lines for fans to get their hands on. It might be a coincidence that both lines were being promoted on the same day, but fans can’t help but think otherwise.

Megan’s clothing line is out now, and it’s a swimsuit collaboration with Fashion Nova that the Houston Hottie designed with taller women in mind. The partnership features items such as a denim sunsuit, a black latex bikini and a sparkling pink thong.

“GOOD MORNINGGGG HOTTIES Megan Thee Stallion x Fashion Nova is HERE My second collection is has Thee HOTTEST swimsuits for all shapes and sizes for this mf HOTGIRL SUMMER Head over to fashionnova.com/megantheestallion @fashionnova,” she wrote.

DaBaby’s collection will arrive in stores on June 30, and the North Carolina native teamed up with clothing company boohooMAN for the collaboration. The limited-edition summer collection contains over 100 pieces such as tracksuits, tees and more in matte, satin and paisley designs all inspired by DaBaby’s lifestyle.

“I love being comfortable when I dress because I do so much moving around,” DaBaby said about designing the collection. “But I also like looking good while being comfortable, so I like to find a middle ground with making clothes that you can still move around in but at the same time, they’re still very expressive and give some sense of style.”

While Meg and DaBaby duke it out with their clothing lines in the fashion world, their fans are paying attention to what they’re doing in the music field as well. It doesn’t seem like the frequent collaborators will join forces again after Tory Lanez and DaBaby dropped “SKAT.”

On June 19, the drama increased when it looked like DaBaby retweeted a post making fun of the Tory Lanez and Megan Thee Stallion shooting incident. DaBaby tried to clear the issue up by saying he didn’t retweet anything, but Megan had already caught wind of it and took to Twitter to express her feelings. 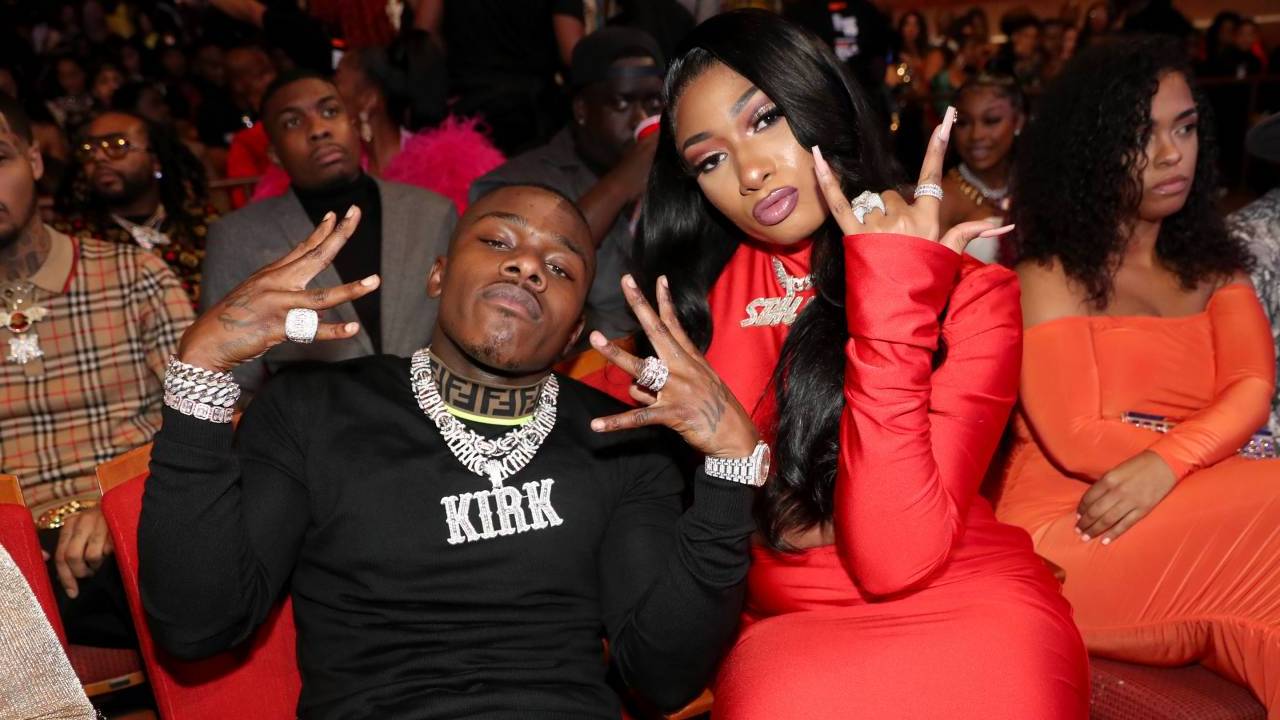 “Support me in private and publicly do something different…these industry men are very strange,” Meg tweeted. “This situation ain’t no damn ‘beef’ and I really wish people would stop down playing it like it’s some internet shit for likes and retweets.”