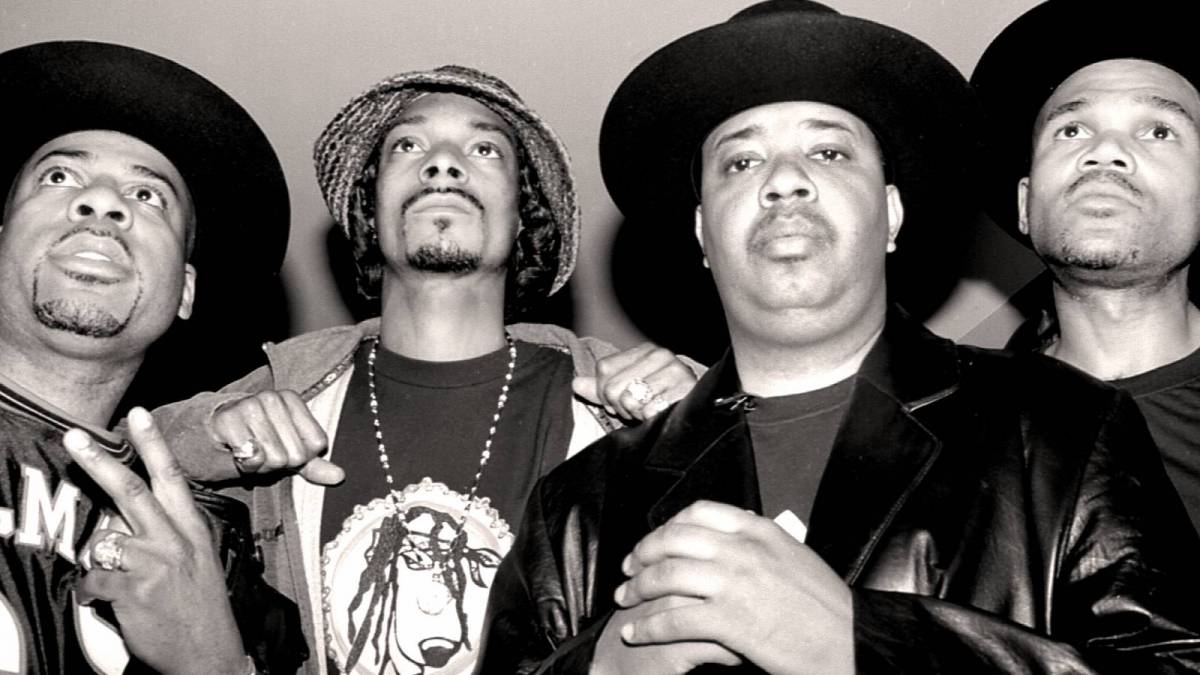 Photographer T. Eric Monroe got his start snapping photographs for Thrasher Skateboarding Magazine in the 1990s. That soon evolved into a job with The Source back when it was still considered Hip Hop’s bible, granting him the opportunity to be around some of the culture’s most impactful artists.

During one particular photo shoot with Snoop Dogg and Run-DMC, Monroe was slightly nervous. The year was 1995 and the bubbling West Coast-East Coast rap beef had just been exacerbated at The Source Awards after former Death Row CEO Suge Knight took a stab at Diddy and his Bad Boys Record imprint.

Upon accepting the award for Soundtrack of the Year for Above The Rim, Knight—his chest puffed out with pride—proudly stated, “Any artist out there that wanna be an artist and wanna stay a star and don’t wanna have to worry about the executive producer being all in the videos, all on the records, dancing, come to Death Row!”

Monroe knew how delicate the situation was and wasn’t quite sure how Snoop Dogg was going to react to being photographed for The Source.

“The Source Awards took place in August and this event where I shot Snoop and Run-DMC, it might’ve been October or November,” he explained to HipHopDX. “The night of The Source Awards, everything happened that had happened. I captured it, but they hadn’t published it. The point is, I knew Snoop’s level of irritation towards The Source magazine. When I saw him in Philadelphia and I saw the shot of Run-DMC and Snoop, I brought them together. And then first thing he says is, ‘Who are you shooting for?’ I knew by his tone he was irritated.

“The first thought was like, ‘You can’t lie to someone because they’ll remember you lied to them. He won’t remember me for 20 years, but he’ll remember the one time I lied to him.’ I looked at him dead in the eyes and I said, ‘I’m shooting for The Source.’ Viscerally he’s like, ‘Fuck The Source.‘ But it wasn’t toward me. It was The Source magazine, so I didn’t take offense to it. I captured a couple of frames and let it go and I said thank you. But again, it wasn’t about me. It was about what The Source magazine had become at that point.”

Despite Snoop’s demeanor, Monroe moved forward with the assignment and didn’t let it intimidate him.

“It was the purity of honesty so it didn’t create any fear, you know what I mean?” he says. “Again, he’s a straight dude. He knows when you’re lying to him. I’m not a tough guy. I’ve never been. I’m a suburban skate kid. At the end of the day. Like yes, I can protect myself and protect those around me. But at the end of the day, I’d rather garden and fish than fight. I can fight, but I’d rather garden and fish, straight up. I can see a lot more people that way.”

Monroe has experienced many other incredibly memorable moments throughout the course of his career. While organizing his archives in 2012, he stumbled upon an old photograph of Tupac Shakur — which in itself was a prized possession — but as he looked closer, it dawned on him The Notorious B.I.G. was in the photo as well.

After Monroe’s shocking discovery, he quickly digitized the photo but didn’t tell anybody about it until 2013.

“Monster Children magazine ended up doing a video interview with me about the picture,” he said “It was a part of a bigger article. So in 2013, there was a little buzz, but I wasn’t that heavy or hard on social media just yet, so when social media started, I waited a while, waited a while and then I’d post it but I’d have my stamp on it. Whether it was a watermarked T. Eric Monroe or the rectangular @tdoteric in it, I just wanted to let people know I’m the one who took this picture.”

Monroe captured numerous Hip Hop legends throughout the 1990s during his time at The Source and Thrasher, many of which can be found in his books Rare & Unseen Moments of ’90s Hip Hop Vol. 1, a collector’s edition and the Broadened Exposure collection.