Kodak Black unleashed his Happy Birthday Kodak EP on his 24th birthday last week (June 11) and has been doing some heavy promotion for the project’s “Feelin’ Peachy” single. An accompanying visual arrived as well, but the clip hasn’t come without controversy.

Popular influencers Shannon and Shannade known as The Clermont Twins are calling out Kodak Black for using clones of their platinum blond-haired look in his “Feelin’ Peachy” music video. They took to their Instagram Stories to put the Florida rapper on blast, claiming he couldn’t afford to have them in it so he went with a cheaper option.

“Nah whew lmao if we wasn’t in the budget just say that,” they wrote to show comparisons between the two. “It’s getting weird. What you bought vs. what you get. Or is it what you want vs. what you can afford?”

Kodak hasn’t acknowledged The Clermont Twins just yet but did use a bikini photo of Kim Kardashian to promote his single.

“Feelin Peachy Go Stream My New EP #HappyBirthdayKodak & Watch My New Video #FeelinPeachy,” he captioned a photo over the weekend.

The 24-year-old even gave former president Donald Trump a shout-out wishing him a happy birthday on Instagram. Trump pardoned Kodak Black in one of his final moves in office at the top of the year. 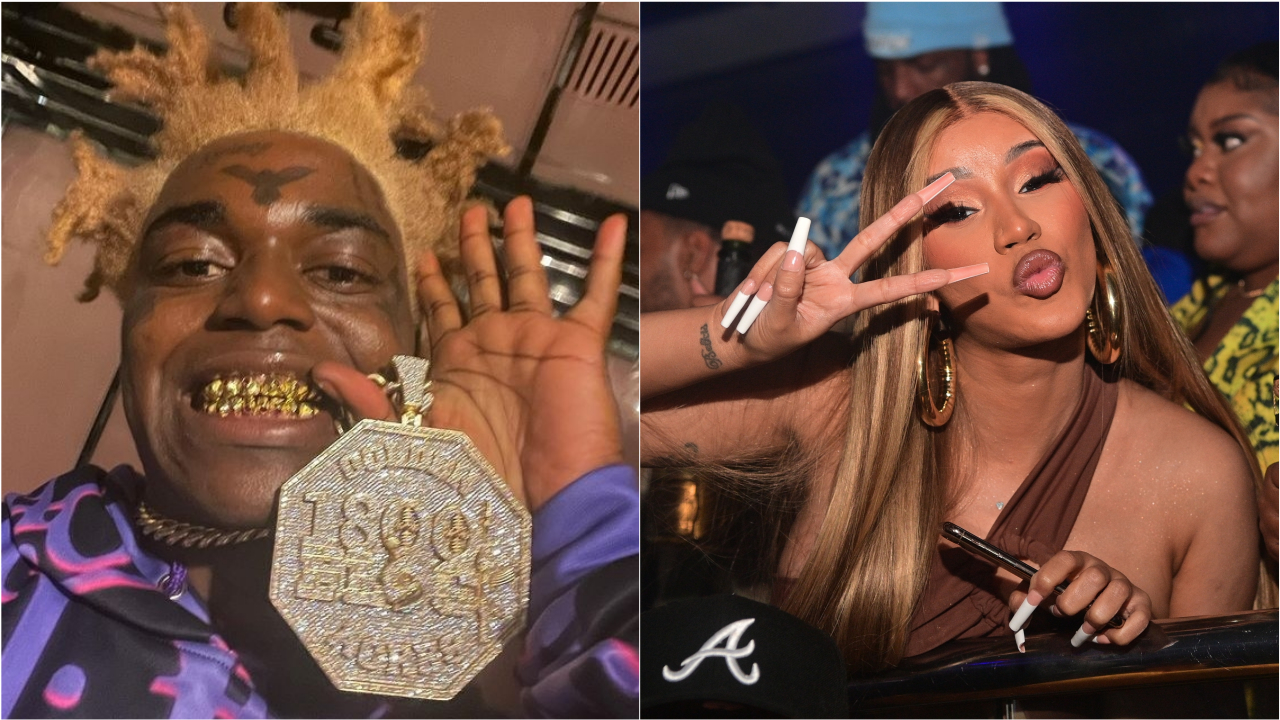 Watch the “Feelin’ Peachy” video below.