Quavo and former NBA player Kendrick Perkins have been enjoying a cheeky back-and-forth on social media in recent weeks. Huncho and Big Perk aired out their grievances when they came face-to-face via Zoom during Thursday (June 10) morning’s taping of First Take on ESPN.

The Migos frontman cleared up there isn’t any beef but assumed Kendrick Perkins “felt some type of way” after Huncho dissed him for being a benchwarmer on “Fuck 12” off his 2018 solo album.

“Get no playing time, Kendrick Perkins,” he raps.

Quavo explained that the inspiration behind the bar was Perkins getting into it with Drake while he played for the Cleveland Cavaliers during their 2018 playoff run. But the thing was, Perkins was arguing with the 6 God and causing a scene while he was in a suit and not even in uniform playing any minutes. 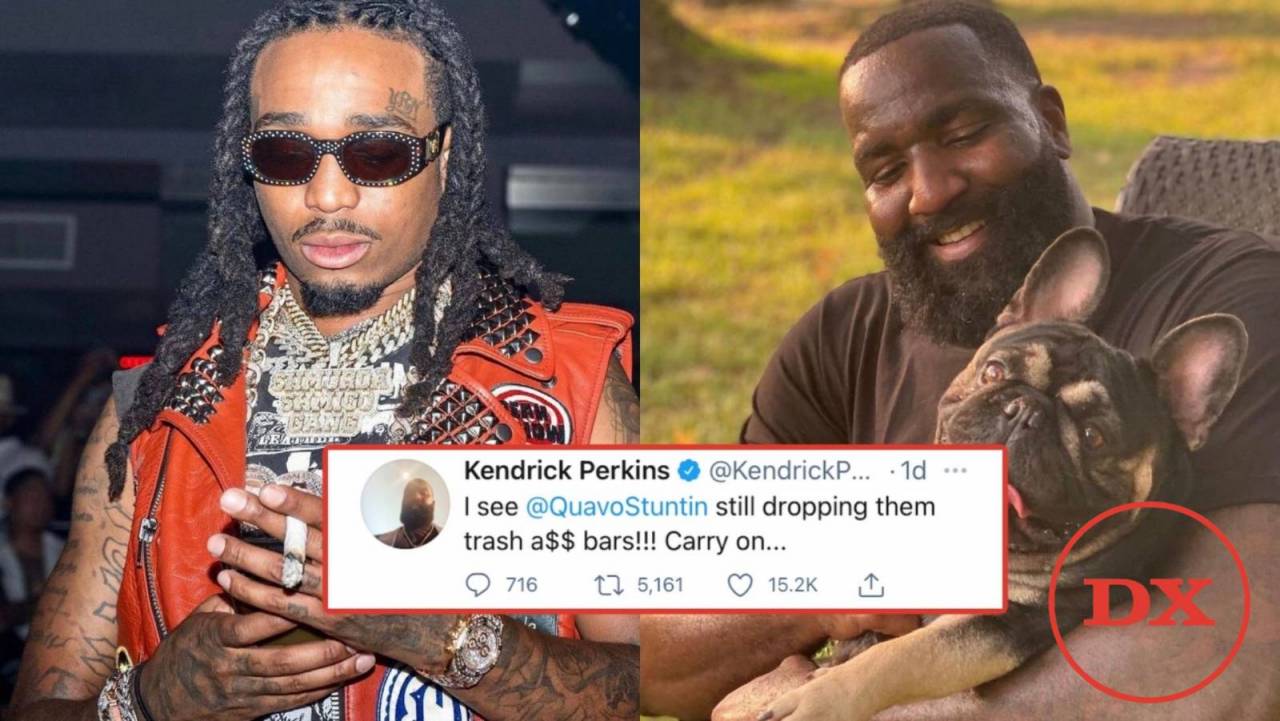 Perkins defended himself and reminded Quavo there was a time earlier in his career when he played for the Boston Celtics that he came up big for his squad in the postseason as a crucial part of a championship team.

“When I was putting in work you probably still had Similac on your breath when I was helping the Celtics go to the Finals,” Perkins replied.

Thank God you’re back with the Migos because this photoshop uppercut is as close as you’ll ever get to a hit as a solo artist! Carry on… https://t.co/nVOrvsaLIA

The two came to a mutual understanding and let everyone know there wasn’t any real beef and it was all fun and games taking playful jabs on social media.

Me and @QuavoStuntin had to get an UNDERSTANDING today on @FirstTake 💯👊🏾 pic.twitter.com/D1AG4ziWXu

Watch the entire clip up top.