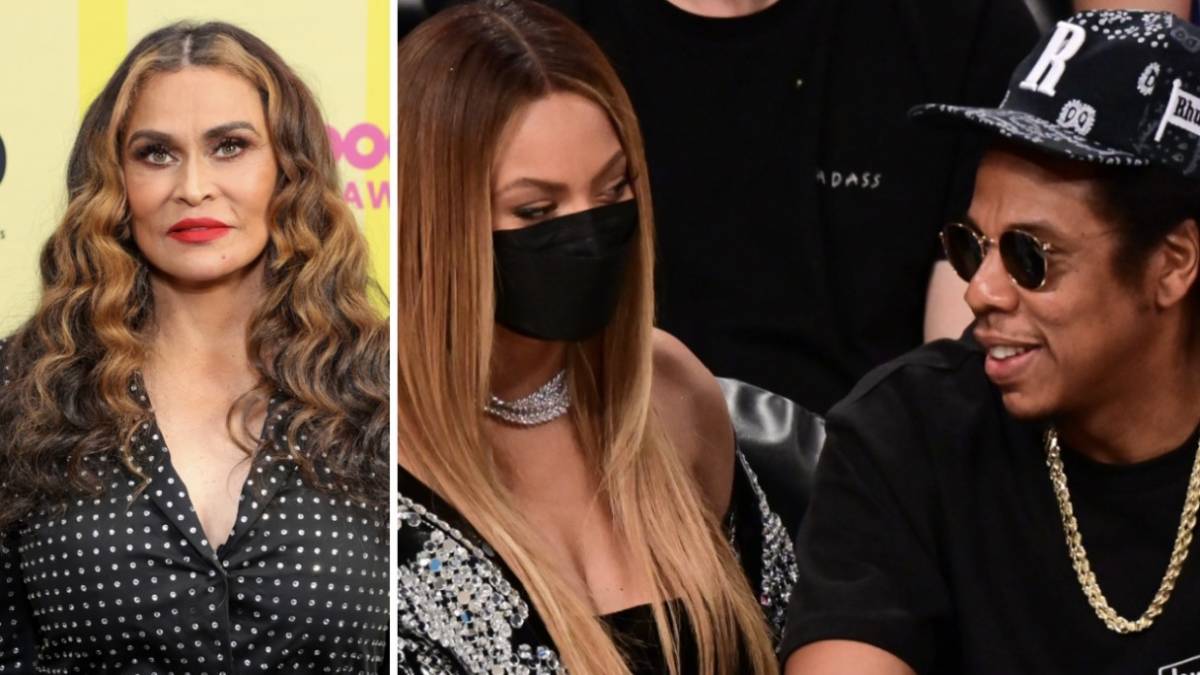 JAY-Z and Beyoncé’s marriage is one of the most talked about topics in not only Hip Hop but also pop culture. Anytime they’re photographed doing something in public, fans pay attention to every little detail. One of those details is JAY-Z always rubbing his wife’s leg during public outings.

There are several pictures circulating online of JAY-Z touching Beyoncé’s leg over the years and fans have been trying to figure out why he’s always doing that. Some people claimed Hov does it to ease Beyoncé’s alleged public anxiety, but that doesn’t seem to be the case. According to the singer’s mother, Tina Knowles, the answer is pretty simple.

“When you love someone and like them you just want to touch them,” Knowles wrote in the caption of an Instagram post showing a collage of Jay holding Beyoncé’s leg. “Me and Richard are always touching even if it’s just our feet ! Yeah!! That’s what you do ! For those of you who don’t understand , Try it sometimes it works !! Human Touch is how you stay connected!!”

Mrs. Knowles went on to acknowledge the rumors about her daughter’s public anxiety saying it’s all nonsense. Touching and squeezing your partner is a good way to handle anxiety, but fans don’t have to worry about Beyoncé.

“So comical people saying she has anxiety in public and that’s why he touches her,” she added in the caption. “Lord people !!!! Yal can turn something good and healthy into something That it’s not !!! Stop that!!!!! BTW if someone has anxiety then it is great for their partner to touch them to calm and reassure them. That’s a beautiful thing . It just happens to be not the case here.”

JAY-Z and Beyoncé have shown how much love they have for each other over the years. They recently showed that love when they put their money together to purchase the world’s most expensive car.

According to a report by Page Six, JAY-Z and Beyoncé are rumored to be the buyers of Rolls-Royce’s new $28 million Boat Tail convertible car. The $28 million price tag makes it the most expensive car in the world. An industry insider told the UK’s Telegraph the reason why the Carters are believed to be the buyers is the car comes equipped with details matching their favorite things.