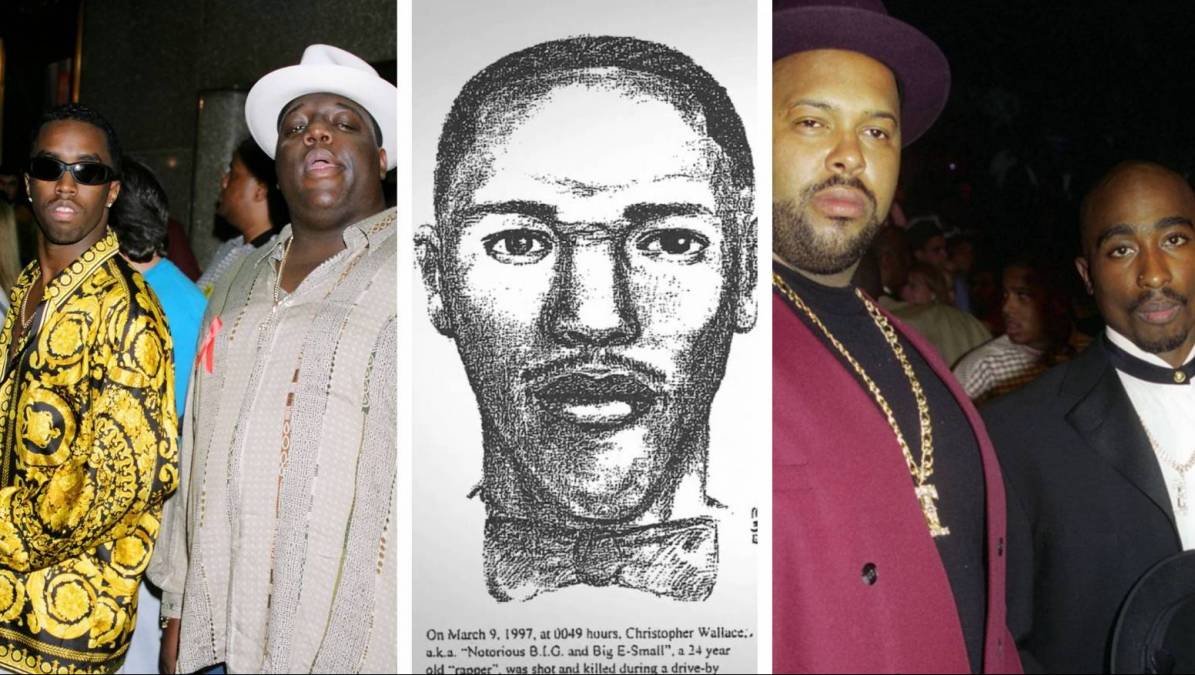 The murder of Christopher “The Notorious B.I.G.” Wallace has remained unsolved as far as the law is concerned for over 20 years.

The Bad Boy Records rap phenomenon was gunned down on March 9, 1997 — just six months after his friend-turned-foe Tupac Shukar.

According to now-retired FBI agent Phil Carson, the timing of the Biggie killing was far from incidental. He not only claims it was a paid hit — ordered by infamous Death Row Records mogul Suge Knight — but also a massive police cover-up across the board.

“[Biggie’s murder] was the biggest miscarriage of justice in my 20-year career at the FBI,” Phil Carson told The New York Post in an article published on Sunday (May 30). “I had evidence that LAPD officers were involved and I was shut down by the LAPD and city attorneys inside Los Angeles.”

“Amir Muhammad, AKA Harry Billups, the godparent to LAPD Officer David Mack’s two children, has been identified by several sources as the trigger man,” Carson wrote at the time, demanding LAPD step up and take a closer examination. “Mack is a registered owner of a 1995 Black SS Impala with chrome wheels, the exact description given as being driven by Wallace’s shooter.”

Mack was eventually cleared in Biggie’s case, but the Rampert corruption probe of the late ’90s discovered him to be a dirty cop, leading to his arrest in December 1997 for robbing a Los Angeles bank of nearly one million dollars. He was sentenced to 14 years in prison and released in 2010.

Even more remarkably, the written testimony claims Diddy — not Biggie — was the intended hit. During the wee hours of March 9 in Los Angeles, the Bad Boy team were all partied out at the Petersen Automotive Museum celebrating the pending release of B.I.G.’s final album, Life After Death.

Diddy and Biggie left the party in separate vehicles and the late “Hypnotize” rapper’s SUV was fired upon, striking him four times.

Carson says he shared the information with Puff Daddy, who became “freaked out” over the revelation.

Suburban The Notorious B.I.G. Was Fatally Shot In Up For Sale

“I knew one day I was going to tell the truth,” Carson told The Post. “What I went through at the time from the LAPD was sheer hell.”

Following Biggie’s murder, the LAPD had been so rattled with racial corruption in the aftermath of the Rodney King “not guilty” verdict, they were looking to avoid all sorts of friction and negative press.

Carson says the US attorney’s office swept things involving the case under a rug (in this case, likely a dusty file cabinet in the basement) as a result.

In 2002, Biggie’s mother, Voletta Wallace, would file a wrongful death lawsuit in wake of the rampant allegations but ultimately saw the case dismissed in 2010.

Deceased LAPD detective Russell Poole dedicated the latter half of his life attempting to expose all the corruption in the department. Following his retirement in 1999, he turned to private detective work and began writing the book Chaos Merchants: Murders of Tupac Shakur and Notorious BIG before dying in 2015 from a brain aneurysm.

With justice on Carson’s brain, he’s given the proverbial “thumbs up” to the much-maligned Johnny Depp film, City Of Lies. Although shot in 2018, the movie was finally unearthed to streaming platforms in April after multiple delays.

“When you read those [sealed] documents there is overwhelming evidence that paints for you exactly who did the murder and why [the LAPD] covered it up,” Sikorski said while also naming Amir Muhammad as the killer.

Suge Knight currently sits in San Diego’s RJ Donovan Correctional Facility where he’s serving a 28-year sentence for the manslaughter of his supposed friend Terry Carter. He’ll be eligible for parole in 2037.

For his part, Diddy would famously move on from the scandal unscathed, even winning a Grammy Award in 1998 for his Biggie tribute, “I’ll Be Missing You.”

In March, for the 21st anniversary of The Notorious B.I.G.’s death, he memorialized his legendary friend writing on Instagram, “B.I.G. FOREVER!!!!!!! We love and miss you King!!!!!”