HipHopDX – Curren$y is one of the most distinguished car collecting rappers in Hip Hop.

With a fleet featuring the newest luxury whips alongside numerous classic customs and low riders, the caliber of Curren$y’s collection contends with the sprawling garages of artists such as Slim Thug and Rick Ross.

In a new interview for HipHopDX’s Connected DXTS interview series, Curren$y opened up about his automobile love affair and explained how his Fetti collaborator Freddie Gibbs helped him get excited about his latest toy, a 2021 Corvette C8, before he received it for his birthday last month. 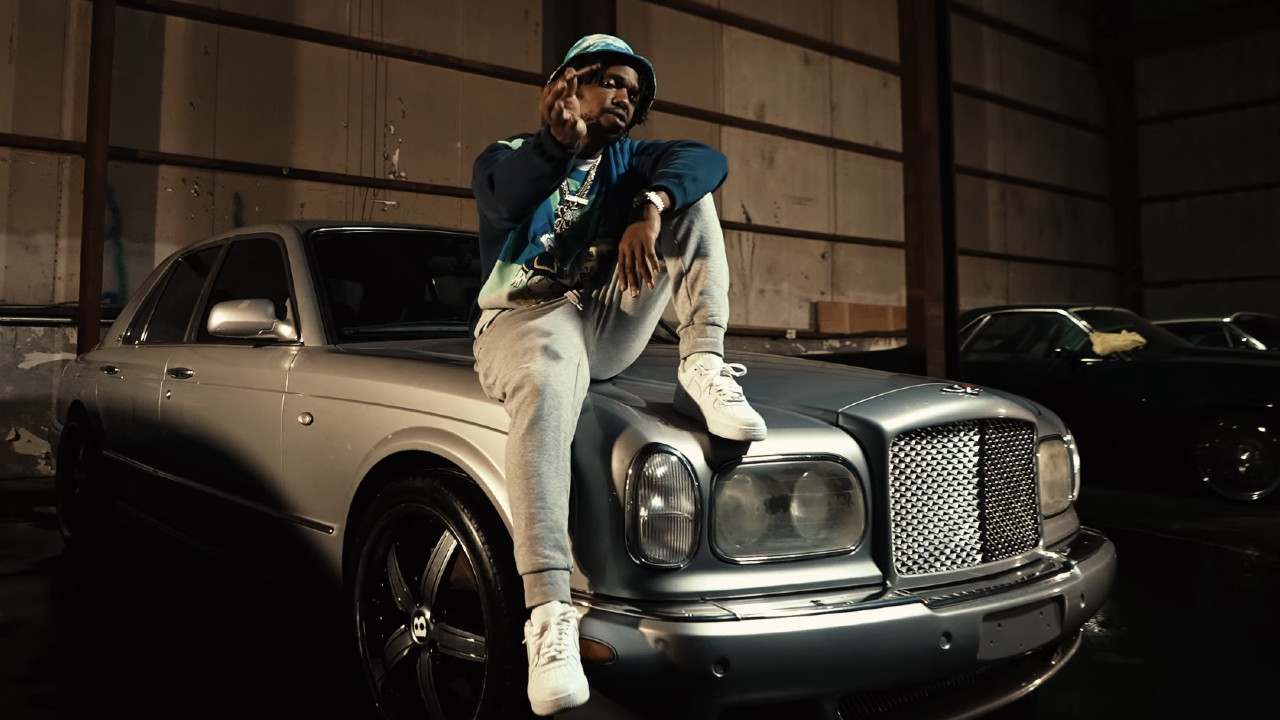 In an Instagram video Curren$y posted to his page in April, he actually documents his priceless reaction, which included an adrenaline fueled 40-yard dash and tears of joy.

“Yeah. Let’s talk cars. C8 Corvettes,” Curren$y replied in regards to his sports car gift. Yeah, I’ll tell you what, I don’t know much about it because I didn’t purchase it. I didn’t do the research.

“I just walked out of the restaurant, and it was outside. But it’s as fast as my Ferrari. Low to the ground just like all the rest of that.”

The icing on the cake for Curren$y during his Corvette coronation, which he described as sentimental and overwhelming, were the seeds Gibbs planted in his ear about the flashy special feature on the vehicle.

“I can explain my face and I can explain my voice,” he started off. “I didn’t know it was a convertible, bro. I was excited enough to run down the street just a the sight of it when I thought it was a hard top. So while I’m sitting in it and it’s telling me how the bluetooth, to set my phone to the radio, Mousa is just like, ‘Oh, and you can just hold this button down,’

When I was holding it down I thought some LED strip was going to come on, on the dashboard or something, and then I saw the street lights and shit over my head, and I realized that the fucking roof fell off. And when Freddie Gibbs got his Vette, he advised me to wait until the summer time to purchase one because he was like, ‘Look man.”

He continued, “They sent me some video of a convertible, a drop top hard top. That’s the one you need to get.’ So I saw that, and I remembered he was saying summertime, and then low and behold I was sitting in it and it as April. So excuse me if I fucking lost it.”

Judging by Curren$y’s riveting reaction, it’s a no-brainer his C8 is one of his favorite cars right now. But in the process of discussing his growing collection, Spitta revealed the Corvette is also one of his son’s favorite rides and spoke briefly about sharing his automotive passion with his son.

“And you cannot have them, because if you try to see one, he’ll be like, ‘No. That’s Papi’s car.’ He’ll give you any other hot wheel he has, but the pace car is his because he knows that we got one of them bitches in the driveway.”