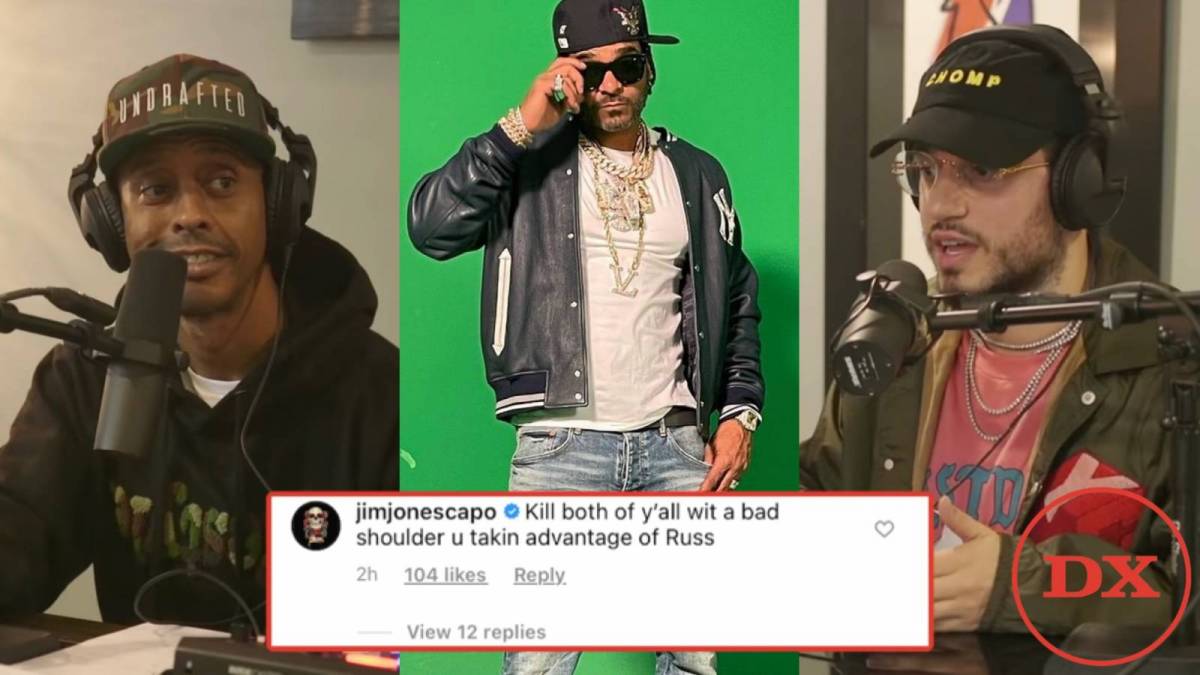 With summertime and season two of The Crew League (TCL) Hip Hop basketball competition on REVOLT right around the corner, rapper-hoopers all across the industry are tightening up those jump-shots and getting their handles right.

As is the case for TCL season one competitor Russ and Million Dollaz Worth Of Game podcast host Gillie Da Kid, who battled it out in a shooting-clinic-paced series of one-on-one games they shared a clip of on Instagram Thursday (May 13).

“Me n @russ played 10 games of 1 on 1,” Gillie wrote in the shamelessly sponsored post.

“Who y’all think won the most games and how many did I win vs how many did Russ win ? Shorts by @lovelloelizabeth promo code M$WOG for 20% off.”

Even as both Russ and Gillie trade in long-range buckets for cash money throughout the nearly two-minute clip, Jim Jones appeared to be unimpressed by either of their skill sets, and even hopped in the comment section of the video to challenge both of them to get on the court with him.

“Kill both of y’all wit a bad shoulder u takin advantage of Russ,” Jimmy swiped in the comments.

Russ also utilized the comment bank as a virtual post-game press conference, revealing Gillie Da Kid won their showdown by a large margin along with sharing a scouting report on the 37-year-old North Philly shooting guard.

“Gillie whooped me like 8-2 lmao idk how you in that crazy of shape smh show my floater tho,” the CHOMP MC added.

While Gillie Da Kid has been proving his hoop’s pedigree throughout the city of Philly at various playgrounds and in the street with his cousin and podcast host Wallo, Russ is quickly becoming known for his hard-nosed competitive nature.

During season one of TCL competition, Russ and Jack Harlow’s squads got into a heated brawl in the midst of their first round game.

Hip Hop and basketball fans alike can expect even more heated and star-studded match-ups in season two of the TCL, which is already set to include artists such as Chris Brown, G-Eazy, Rowdy Rebel and Pardison Fontaine, among others.