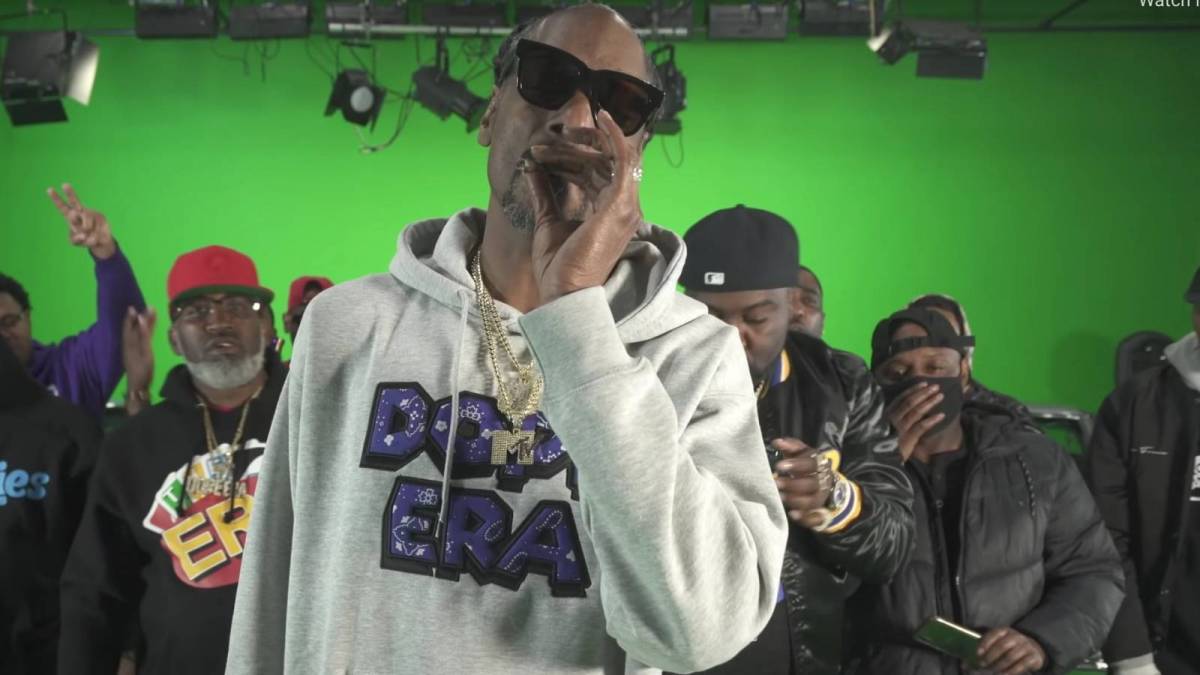 Snoop Dogg evidently manifested a cameo from pop superstar Madonna for his new video “Gang Signs” featuring Mozzy. As the lyrics go, “Crip walking with my homegirl Martha/While I’m passing joints to Madonna/Who wanna smoke with Snoop? Let’s have a smoke or two/Puff, puff, pass, that’s what real smokers do.”

Around the 3:32-minute mark, the Material Girl indeed pops up with a blunt in her mouth and blows the smoke at the camera (although it’s possible she just pulled a Bill Clinton).

During a recent interview — conducted on 4/20 no less — veteran producer Mike Dean told HipHopDX he’d just received a text from Madonna who he says used to have a problem with him smoking weed around her.

“She used to do everything,” he said. “Pretty funny. When we were doing the Rebel Heart album, I’d be trying to sneak around smoking, when I worked with her. She was very anti-weed for a long time. She’s gotten more comfortable with it lately.”

“Gang Signs” comes from Snoop Dogg’s latest album From Tha Streets 2 Tha Suites, which arrived on April 20 as well. The track raised a few eyebrows — and not just for his line about Madonna. Right before he name-drops Madge, he suggests he once got high with former president Barack Obama.

“Still sipping gin and juice while I’m smoking marijuana,” he raps. “I bet you never blew with Obama.”

According to a 2014 article from The Washington Post, Snoop Dogg has allegedly smoked weed at the White House — but not necessarily with Obama.

The revelation reportedly came during an episode of Jimmy Kimmel Live! when the host asked, “Have you ever smoked at the White House?” to which Snoop answered, “In the bathroom. Not in the White House — but in the bathroom. Because I said, ‘May I use the bathroom for a second?’ And they said, ‘What are you going to do? No. 1 or No. 2?’ I said, ‘No. 2.’”

When Kimmel asked who “they” was, Snoop said, “The CIA. Or the FBI. The alphabet boys. So I said, ‘Look, when I do the No. 2, I usually, you know, have a cigarette or I light something to get the aroma right.’ They said, ‘You know what? You can light a piece of napkin.’ I said, “I’ll do that.” And the napkin was this [pointed to blunt].”

While the verdict is still out on that one, it looks like the Madonna smoke session came to reality. Watch the video above.