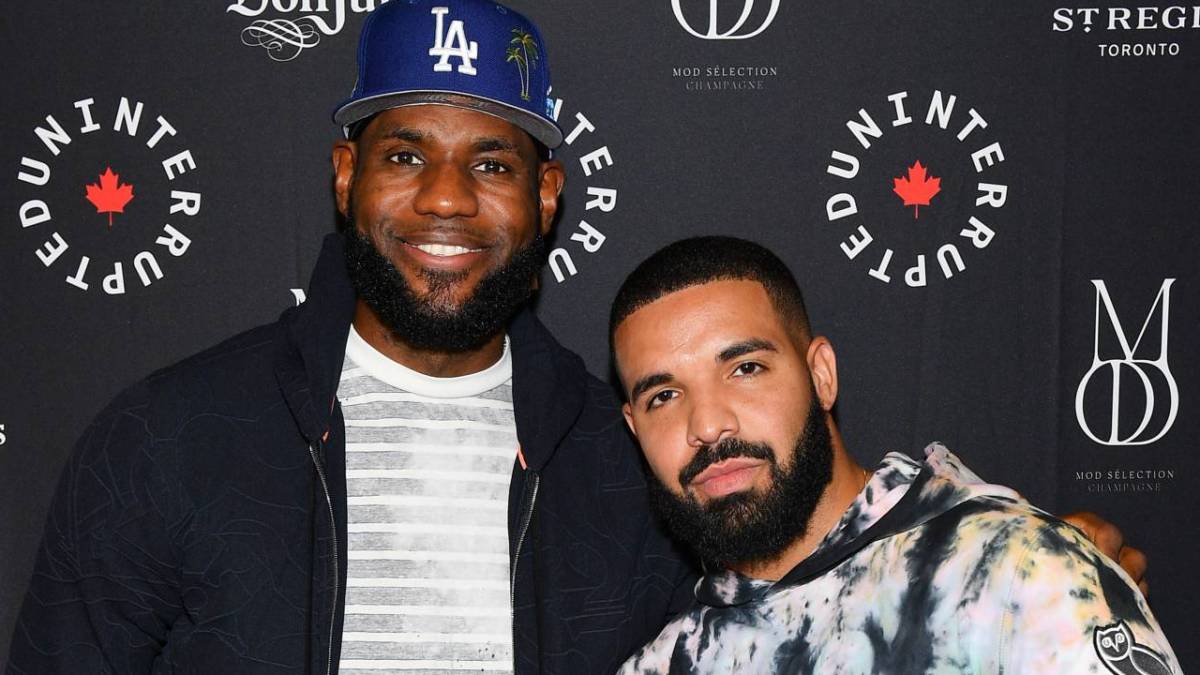 No matter the age, any hoops fan is going to be left in awe at times with what LeBron James is able to do on the court. That applies to even three-year-old Adonis, as Drake shared an adorable clip of the two casually watching some of the best LeBron James highlights from the all-time great’s basketball career.

Whether it was the King’s sixth sense as a passer, pogo stick jumping ability to block shots or bulldozer finesse gliding through the air for dunks with ease, James’ highlight reel could be longer than the Fast & Furious series with 18 years of NBA greatness to choose from.

One clip left Adonis speechless when the four-time NBA champion made an improbable block during his second stint playing for the Cleveland Cavaliers. Drake’s son let out a shrieking, “Oh my God” in excitement after the play.

The Lakers superstar, who is currently nursing a sprained ankle, actually hopped into Drake’s comments with a message for Donnie.

Vince Staples also hilariously chimed in, “Wait till he see my clips from my church league. Defensive presence.”

Even at just three years old, Adonis seems to have fallen in love with basketball and the 6 God could have a baller on his hands. Drake posted another Instagram Story of his son scoring on a mini-hoop as well. In April, Drake showed off a video of Adonis playing basketball and sinking some jump shots on Easter Sunday.

It won’t be long until we find Adonis taking in the NBA action courtside with Drake at Raptor games.