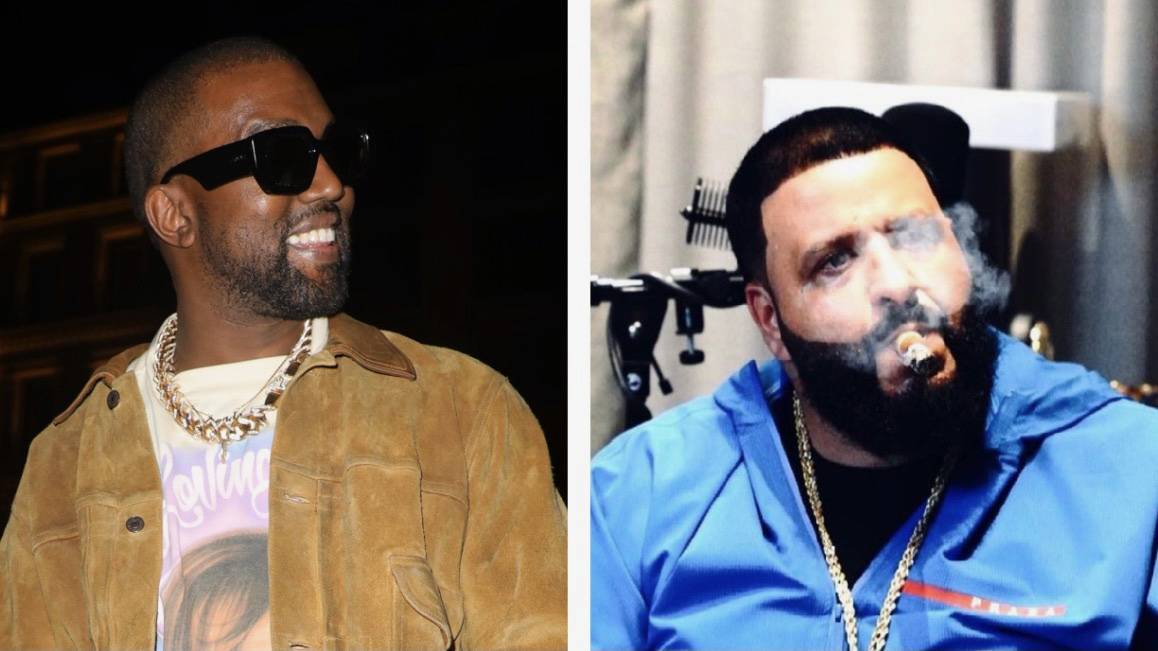 Kanye West has many friends that he takes time to visit whenever he’s not busy with his own work. The Chicago legend gave DJ Khaled some company in his Miami home as he prepares to release his twelfth studio album Khaled Khaled on Friday (April 30).

DJ Khaled took to his Instagram to show fans how his day went with Kanye. In the first video, fans see Kanye, Khaled and Apple Music Head of Content Larry Jackson kicking back in the studio. At the same time, the Miami native played a soulful record equipped with thunderous drums and a harmonious choir that had both Kanye and Jackson bumping their heads.

“True story, Kanye popped up at my house the other day at 8 AM!” Khaled wrote in the caption of the clip. “I did not know he was coming! He played me his music and I played him Khaled Khaled. He also asked my chef [Melissa Zuniga] for some eggs and ketchup.”

In a second post, Kanye has his arms stretched above him as if he caught something spiritual, but Khaled revealed the G.O.O.D. Music boss was amazed by what he heard on Khaled Khaled.

“You know when you get this expression that it’s sounding AMAZING,” he wrote in the caption. “This album GODS HANDS IS ALL OVER IT.”

On Tuesday (April 27), DJ Khaled announced Khaled Khaled would be dropping on April 30 in an Instagram post. The album cover shows Khaled praying in what looks like a backyard while both of his children, Asahd and Aalahm, stand on either side of him. Asahd and Aalahm are executive producers for the studio album. Asahd has been an EP for DJ Khaled’s last two albums Grateful and Father of Asahd.

“This my name,” he wrote. “This is my legacy. This my COVER. Time to bring MORE LIGHT. #KHALEDKHALED THIS FRIDAY APRIL 30!”