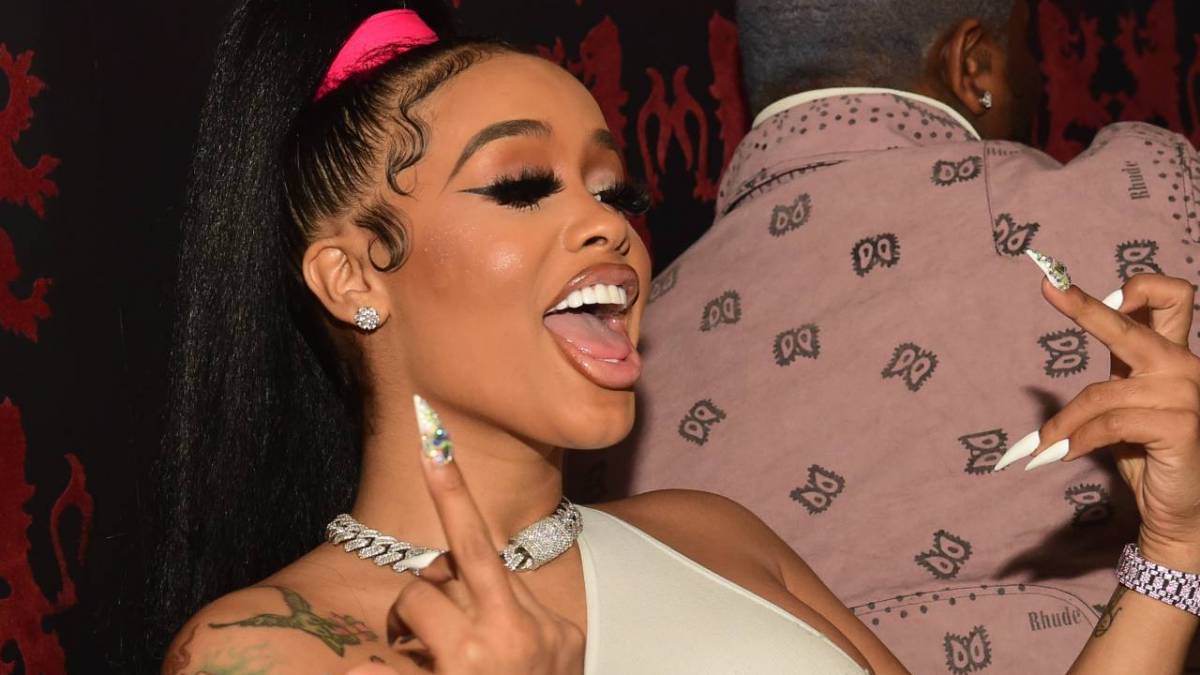 THE BRONX, N.Y. – DreamDoll paid homage to a classic when she freestyled over JAY-Z and Foxy Brown’s 1996 “Ain’t No N-gga” collaboration for her “Collection Freestyle,” which released on Sunday (April 18).

The three-minute track also arrived with an accompanying visual, and it couldn’t embody New York City any more if she tried. The clip finds DreamDoll taking on the role of just about everyone in a classic NYC bodega spot. She hops behind the counter to cook up a signature chopped cheese and then plays the customer decked out in a classic New York Yankees navy blue fitted cap.

The Bronx native takes a page out of Foxy Brown’s playbook and shreds the men in her life as she raps, “Yeah, I know Mike, he got a lil’ dick/Almost let him fuck, I couldn’t feel his shit/Had to let him go, n-gga started catching feelings quick/The way I had him whipped, I could’ve opened up a dealership.”

DreamDoll has stayed busy working in 2021. In addition to dropping her own “WHOOPTY” remix, the 28-year-old joined CJ for the raunchy “Lil Freak.” The track emerged as a standout from the Staten Island rapper’s Loyalty Over Royalty deluxe edition, with the official visual boasting nearly two million views on YouTube.

JAY-Z and Foxy originally connected over two decades ago for the Reasonable Doubt cut, making it an interesting choice to see DreamDoll connect with her NYC roots for a track that released when she just a toddler. “Ain’t No N-gga” reportedly played a major role in Hov ending up at Def Jam.

Watch the “Collection Freestyle” above and find some behind-the-scene photos from the video shoot below.

A post shared by The Original DreamDoll ?‍♀️ (@dreamdoll)