Saweetie has set her sights on her ex-beau Quavo on singer Kendra Jae’s latest single “See Saw,” which was released Thursday (April 15).

The uptempo song addresses a scorned woman who’s saying good riddance to a toxic romantic relationship. This marks the 27-year-old “ICY GRL” rapper’s first time placing her feelings with teeth on record about the reason behind her public breakup with Quavo last month.

Just after the track’s one-minute mark, Saweetie doesn’t call out Quavo by name yet obviously targets the Migos rapper during her eight inflammatory bars. Saweetie reflects on being duped into believing Quavo was her “anchor” who would “say you gonna do better but it’s always just the opposite” during their two years together.

She also accuses Quavo of sending her threats and finishes her verse with,”Ain’t the woman that you thought/You was humpin’ thots, fuckin’ narcissist, you just mad you got caught,” reiterating her tweet from March 19 about his alleged infidelity.

The line also refers to Quavo denouncing Saweetie spilling the tea about their feud with his own pairs of tweets that read in part, “You’re not the woman I thought you were.” 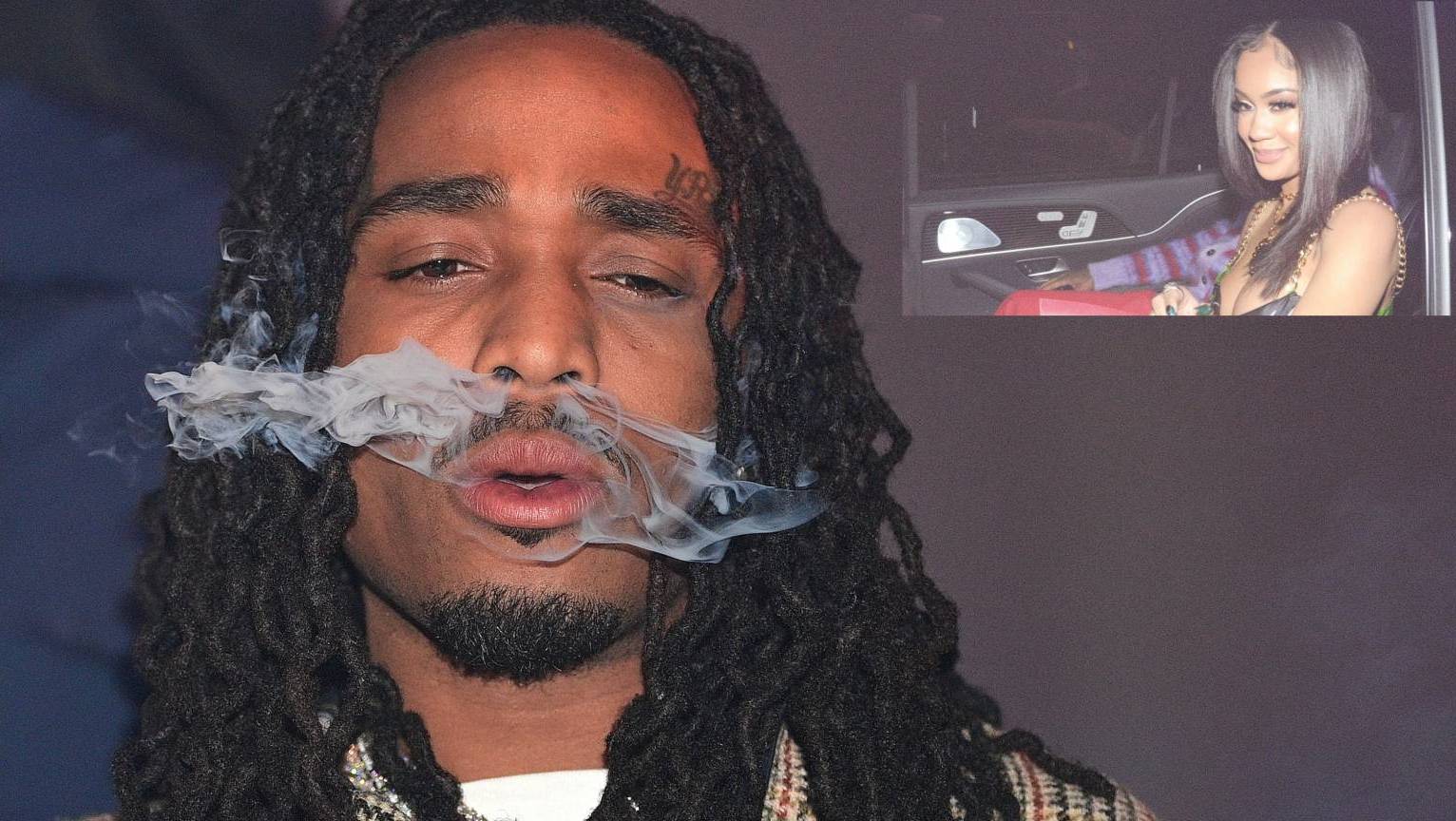 Surveillance video obtained by TMZ earlier this month revealed their relationship wasn’t as congenial as it appeared on social media. The clip showed the couple in an elevator having a physical altercation, leading to abuse allegations on both sides.

But it appears Saweetie is getting it all of her chest. Listen to the track above.