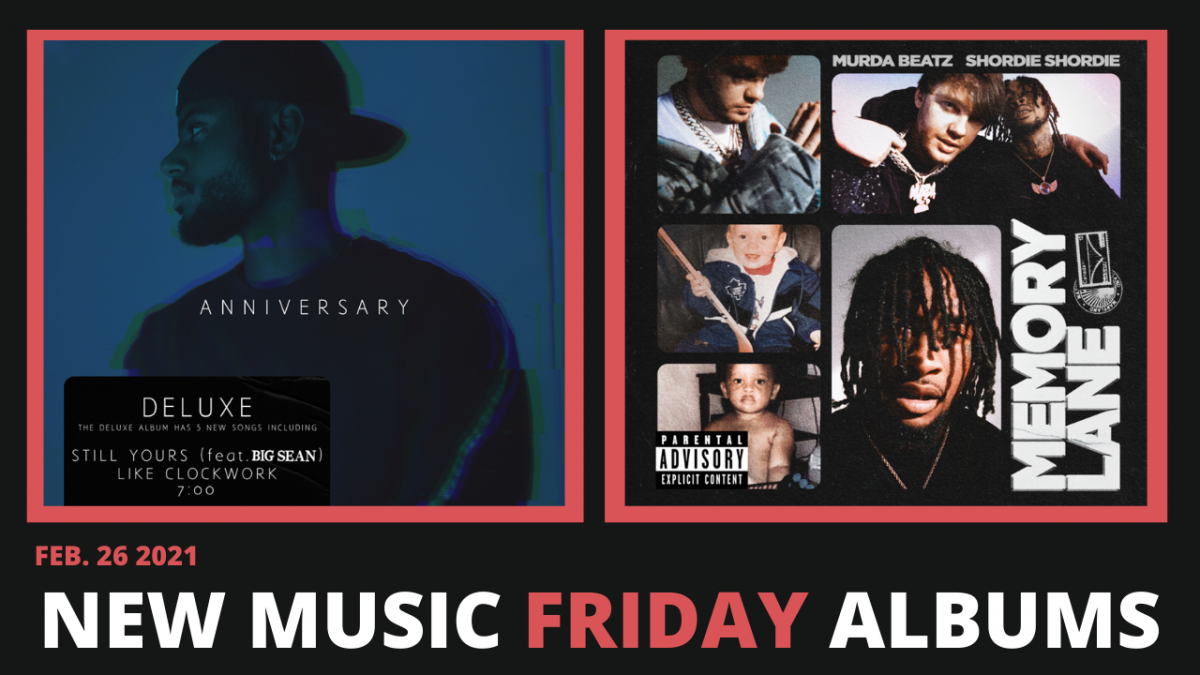 There’s something for everyone in this week’s slate of new albums. Bryson Tiller continues his own Trap/Soul February cultivation with some bonus heat to top off his latest release Anniversary. Chloe X Halle fans get a little extra as well, as the duo gives their latest album Ungodly Hour the Chrome treatment and Denzel Curry and Kenny beats remix and reimagine their 2020 EP with Unlocked 1.5.

Here are the top releases for Friday, February 26.

Last week, Tiller dropped off his new video for “Sorrows” from the original Anniversary tracklist, and on Tuesday (february 23) the Louisville, KY crooner brought the buzz full circle with the announcement via Twitter that Anniversary (Deluxe Edition) was coming to keep the fans happy while he works on his long-awaited triple album Serenity.

Building off the euphoria felt from the Unlocked 1.5 announcement, Denzel and Kenny Beats prove their cutting room scraps are better than most mixed and mastered projects with a pair of previously unreleased alt-versions.

Curren$y has spent the last decade cultivating a loyal fanbase thanks to witty wordplay driven by leisure and luxury. With familiar names on the production tip like Harry Fraud, DJ Fresh, Jet Lifer and Trauma Tone, this album looks to be the perfect fix for Spitta fans.

The glow-up continues in its ferocity for Chloe X Halle and now they’re dropping off the Chrome Edition of their latest album which featured the Best R&B Song of 2020. The tease was strong with the Grown-ish ladies announcing it during The Tonight Show With Jimmy Fallon as well as the release of their new video for “Ungodly Hour.”

With three hit singles “Doctors,” “Good Evening” and “Love,” (featuring Trippie Redd), the Grammy-nominated producer and Baltimore-bred spitter look to bring Hip-Hop back to its storytelling essence. If the cohesion of the first three singles is an indicator of what’s to come, Memory Lane has a strong shot to fill one of the top spots when the year-end awards come around.

The veteran West Coast spitter continues a solid run of mixtapes with the announcement of his latest installment of the “Customized Greatly: series. C5 features production from Mike & Keys, Jordan Mosely and SiR and guest verses from Tink and D Smoke, Nno and Wiz Khalifa.

With the ink still drying on his new deal with Quality Control, the Memphis bred rapper is ready to show and prove with his new album Duke Nukem, named after the 90s video game series. With his Foogiano-assisted lead single “Spin” already making noise this project could put him on a lot more people’s radar.

Be sure to also check out our New Music Friday Singles piece and of course stay up with HipHopDX’s Singles and Videos sections for all the new drops throughout the week.