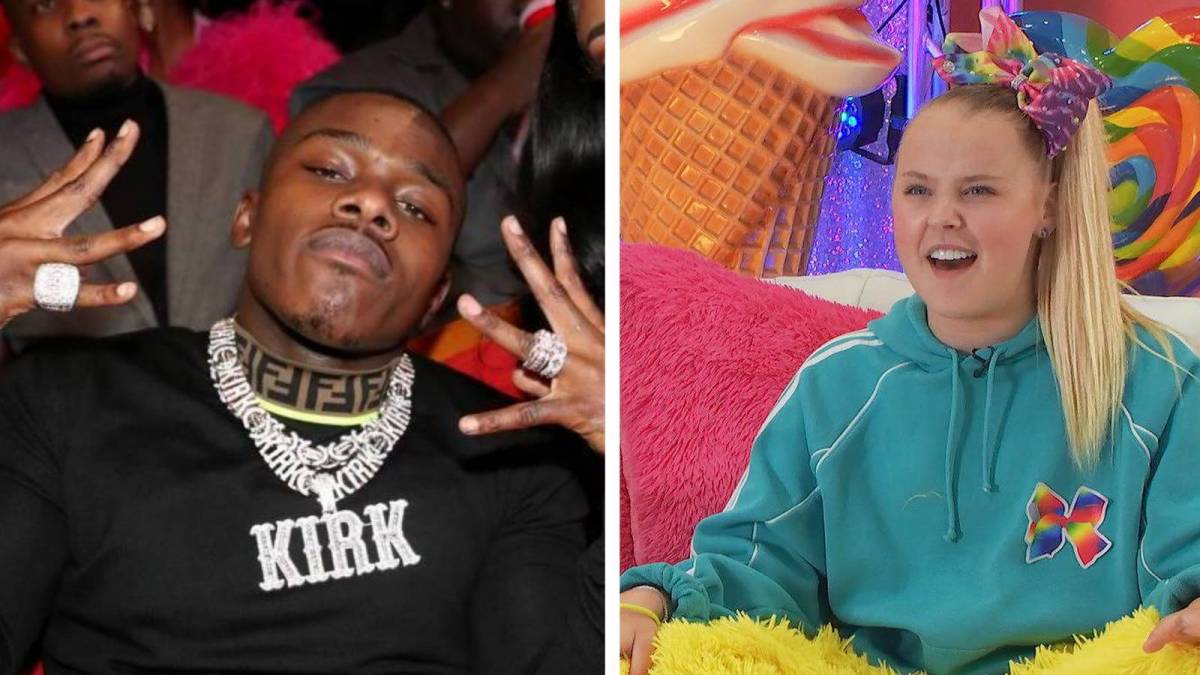 In the now viral clip, DaBaby spits, “Turn me up n-gga/You gonna see why you a bitch/Jojo Siwa (Bitch)!”

The lyric immediately drew confusion, especially because Siwa’s squeaky clean image is something she’s worked hard to attain and what makes her so popular among millions of young kids

Did DaBaby really diss JoJo Siwa in his new track? 😅

Everyone has been left puzzled by the surprise shout out: https://t.co/keffqcaeVE

Siwa, who got her start on the reality television shows Abby’s Ultimate Dance Competition and Dance Moms, signed with Nickelodeon in 2017 and has won numerous Kid Choice Awards, racking up millions of YouTube views in the process.

The Omaha, Nebraska native revealed she was a member of the LBGQT+ community in January, earning her even more admiration from young people who were perhaps ashamed of their sexuality and didn’t know how to come out.

Par for course, Twitter erupted with reactions to DaBaby’s seemingly misplaced use of the word “bitch,” simultaneously creating meme gold. Some pointed out Siwa is two inches taller and could easily take the 5’7″ rapper, while others warned of an impending diss track possibly titled “Rainbows, Candy & Murders.”

JoJo Siwa gon drop a diss album he needs tread lightly.. she got hittas I heard they be puttin rappers to sleep fr👀 pic.twitter.com/pcwPkZVcrU

jojo siwa on the way to record the dababy diss track pic.twitter.com/mXXTDqgUDE

jojo siwa finna come out with the biggest diss track of all time pic.twitter.com/4zMylQOHFm

Jojo Siwa and her girlfriend standing outside DaBaby’s house ready to throw hands after hearing the diss. pic.twitter.com/f2gIK2lr4p

This just in jojo siwa gets Eminem on her diss track pic.twitter.com/F9i36h64Ap

I'm in no one's "hive" per se but I can't possibly imagine any good reason for this grown ass man, with the ironic yet applicable moniker DaBaby, to diss JoJo Siwa in a freestyle. JoJo Dancers, WE RIDE AT DAWN pic.twitter.com/1tfHFTFmgS

Jojo Siwa after hearing Dababy diss her on his new track:
👁👄👁

I’m still trying to figure out why dababy felt the need to diss jojo siwa of all people??? pic.twitter.com/ZjCvs8sKW4

Hahahaha what… this is so random. Two ppl you don’t diss: mneminem and jojo siwa. jojo siwa is about to take the form of mojo jojo and drop her killer diss track “rainbows, candy, and murders” pic.twitter.com/Ocrn0WeuhU

Jojo siwa finna sound like Tupac when she drops her diss track on Dababy👀👀… pic.twitter.com/4Wg92gGAwh

Do I need a backstory on why DaBaby called Jojo Siwa a bitch or do I need Jojo Siwa to do a diss track? pic.twitter.com/LR3whWCPln

DaBaby really beefing with Jojo Siwa? She needs to drop a diss pic.twitter.com/vAsSkopRsn

a picture of Jojo Siwa on her way to the studio to record a Dababy diss track pic.twitter.com/xaBSuut5OB

When Jojo Siwa drops that diss track on DaBaby and it low key slaps pic.twitter.com/GtmWWstsjx

first of all- why did dababy diss jojo siwa tho?💀 pic.twitter.com/j6n2ng1cWq

why did dababy diss jojo siwa 😭😭 i need the backstory pic.twitter.com/8sf5TQqTe4