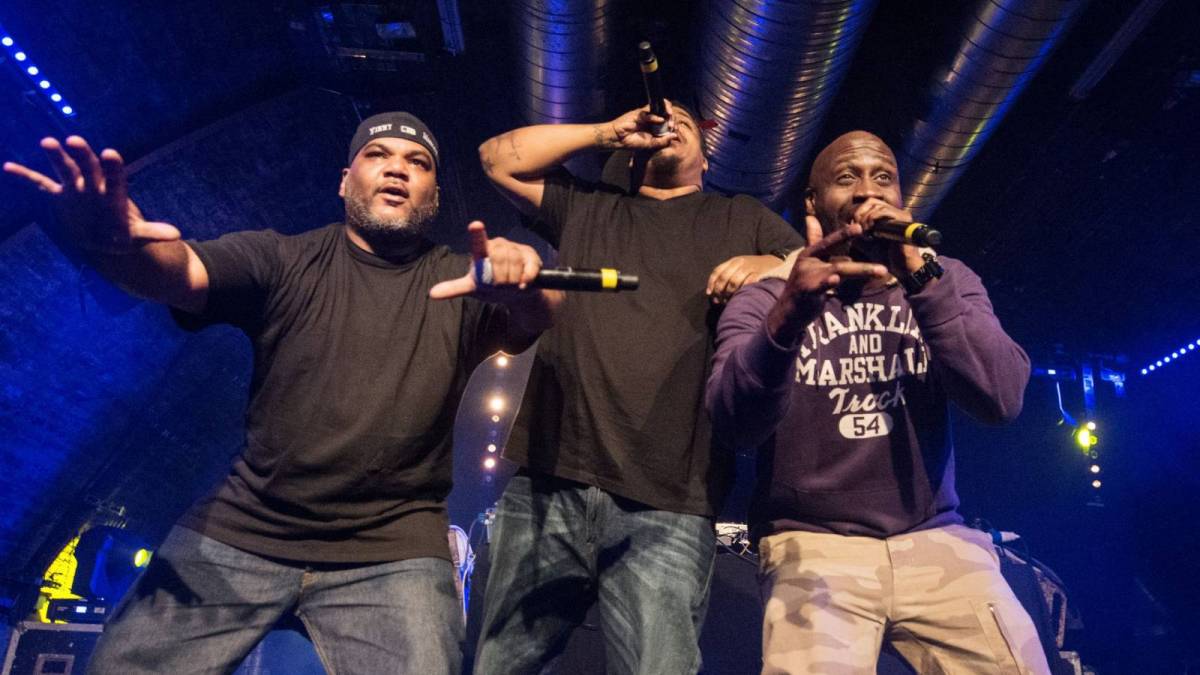 In perhaps a case of art imitating life, De La Soul will star in a new episode of the Cartoon Network series Teen Titans Go!. The episode is cleverly titled “Don’t Press Play” and revolves around a music-stealing alien who animated versions of Posdnuos, Maseo and Dave must hunt down in order to get their catalog back.

The celebrated Hip Hop trio announced the episode with an Instagram post on Thursday (February 18). The clip features cartoon Pos facing the octopus-looking alien and screaming, “Yo! We can’t let them take our music! Dave, sonic blast now!” From there, Pos’ headphones turn into a weapon and Dave shouts, “YooooooooooOO” in an attempt to defeat the imposing monster.

The Teen Titans show up and are blown away by seeing De La Soul in person but as Plug One points out, he’s too busy being attacked to engage in any fandom. The alien manages to escape with all of their music, but the Teen Titans vow to help them get it back.

Th caption reads, “Make sure y’all check us out in #TeenTitansGO Saturday on #CartoonNetwork at 9am and on the CN App https://cartn.co/TTGxDeLaSoul #delasoul.”

Anyone familiar with De La’s ongoing streaming saga with their former label Tommy Boy Records will appreciate the deeper meaning of the episode. In February 2019, the group revealed they were frustrated with the imprint’s refusal to properly release their early catalog to streaming platforms.

“Dear fans…just got off the phone with Tommy Boy Records…negotiations (or lack there of) to release our catalog on all streaming platforms..uh oh,” they wrote at the time. “just got wind that Tommy Boy was not happy about our last post. Touché. We are not happy about releasing our catalog under such unbalanced, unfair terms. #respecttheartist.” 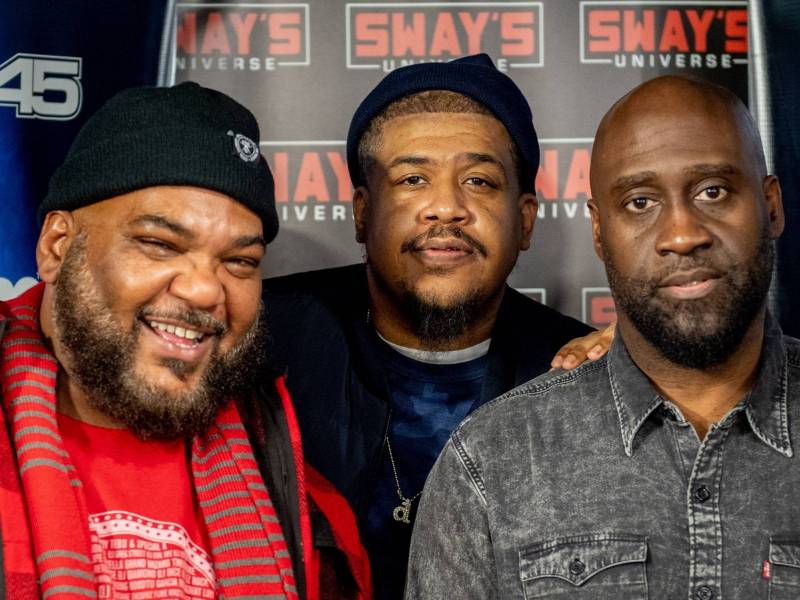 They later explained in a follow-up post just how much they were being jerked around and implored their fans not to stream their first six albums, which includes the 1989 classic 3 Feet High and Rising, 1991’s De La Soul Is Dead, 1993’s Buhloone Mindstate and 1996’s Stakes Is High.

“The music WILL be released digitally,” the post read. “After 30 long years of good music and paying their debt to Hip Hop, De La Soul unfortunately, will not taste the fruit of their labor. Your purchases will roughly go 90% Tommy Boy, 10% De La. Thank you. Sincerely Yours, #thephantom2milliondollardebt.”

They added in the caption, “Don’t feed the vultures, support and respect the culture #30years if you wanna support De La Soul, cop the #grindate and #anonymousnobody albums. Coming soon: #delasoul @realpeterock and @djpremier 2019!!!”

During an interview with HipHopDX Senior Writer Kyle Eustice in February 2019, Maseo explained they are acutely aware Tommy Boy founder Tom Silverman still owns their masters and can only do so much legally, but they just want a fair deal.

“This is exposing the truth of the situation at least,” Maseo said. “At the end of the day, we all take a hit whether we are the good guy or the bad guy in the situation. I was careful enough to say it’s not everybody. All we ask is to be fair. For what we’ve been able to sustain … look, Tom lost the catalog. And losing the catalog, I could have potentially lost my career. Between now and then, look what I’ve been able to sustain.”

Last March, Pos hinted they were close to a reconciliation during an interview with Creative Loafing Tampa Bay, saying, “(Tommy Boy) sort of came back to the table, we are looking to sort of get it going. At the end of the day, of course, it’s money to be earned. We feel like we deserve [it], but for us it’s really about the fans. At the end of the day, no one wants bad blood between each other, we just want it to be fair and to get the music out to the people.”

But judging by the concept of the Teen Titans Go! episode, it doesn’t look like they’ve reached an agreement — yet. The episode airs on Saturday (February 20) at 9 a.m. EST on the Cartoon Network.