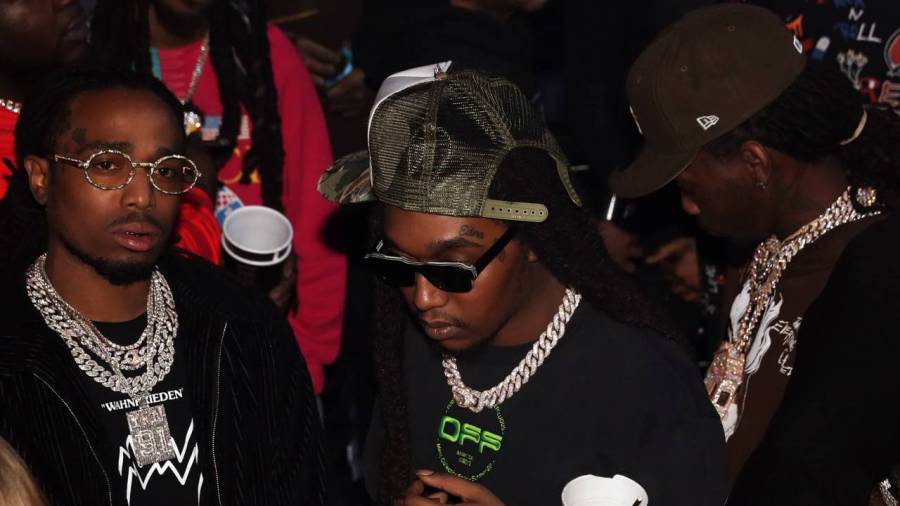 LOS ANGELES, CA – The Migos are gearing up for their comeback. It’s been over three years since the release of Culture II, and the Atlanta trio is ready to unleash the third installment of their famed series later this year.

To give fans an update of what they’re working on, the Migos shared an album trailer on Wednesday (January 27) giving a behind-the-scenes look at their creative process and headspace during the pandemic. The Migos reunited at a Los Angeles mansion which they’ve labeled “The Compound” to record and get away from the distractions of life while locking in and recapturing the magic and camaraderie that fascinated the Hip Hop world.

Quavo understands the stakes are high for Culture III with the Migos taking a pause as the trio catered to their solo careers and focused on high-profile relationships over the past couple of years.

“It’s time for us to crack down and bond and know about our business, and just time to get everything squared away,” Huncho stated. “We’re just young men trying to grow. Right now, we’re at a time in our life we’re allowed to sit down and build and start from scratch.”

Offset agrees they didn’t want to oversaturate the market but going forward he’s pulling on experiences in his life to give his rhymes a refreshing feel. Set reflected on the first time he was tased by police in relation to the Black Lives Matter protests happening across the country.

“A lot of things happening in the quarantine made me realize to get out of the box and see more of the world,” he said. “We were absent for a reason though. How we were putting so much music out, you could flood the market. With everything going on, I’ve never been so political in my life. I got my first time to vote this year. And that comes from just seeing everything happening in the world.”

Quavo Announces 'Culture III' Is Coming At The Top Of 2021

There isn’t an exact release date for C3, but the Migos did promise new music on the way coming very soon so stay tuned for the Atlanta trio to get back in their bag for 2021.