With the COVID-19 pandemic forcing artists to improvise, the A$AP Mob went virtual for Monday’s (January 18) Yams Day 2021. The Mob put on a show in honor of their co-founder A$AP Yams, who passed away six years ago to the day of the virtual celebration from a drug overdose.

The near-hour production flowed with the organized chaos from the Mob and saw appearances from A$AP Rocky, A$AP Ferg and the rest of the New York-based collective’s affiliates. The show featured a tribute from Yams’ mother, freestyles from the Mob and Rowdy Rebel and a few awards given out to rappers such as Young Thug and Lil Baby.

Rocky also surprised viewers with previews of unreleased music he’s got in the stash. Pretty Flacko took to the streets of Harlem with the Mob to perform a syrupy track that oozes with throwback Rocky vibes. The Fashion Killa was bundled up in a rare Gucci x North Face jacket to combat the brisk NYC winter temperatures.

Another XXX-themed video he teased was inspired by the en vogue OnlyFans platform. The provocative visual finds Rocky using pitched-up vocals and throwing dollars at women shaking their booties in front of him while chilling out in the living room. There’s no update as to where or when these tracks could officially land.

Reactions to the show were mixed — some didn’t expect Yams Day to be cut short while others appreciated how Rocky and the team put the event together virtually.

A merchandise collection commemorating Yams Day and Yamborghini himself is now available on the Yams Day website. The capsule includes a trucker hat, tees and hoodies. Yams — born Steven Rodriguez — was found dead on January 18, 2015 at 25 years old. 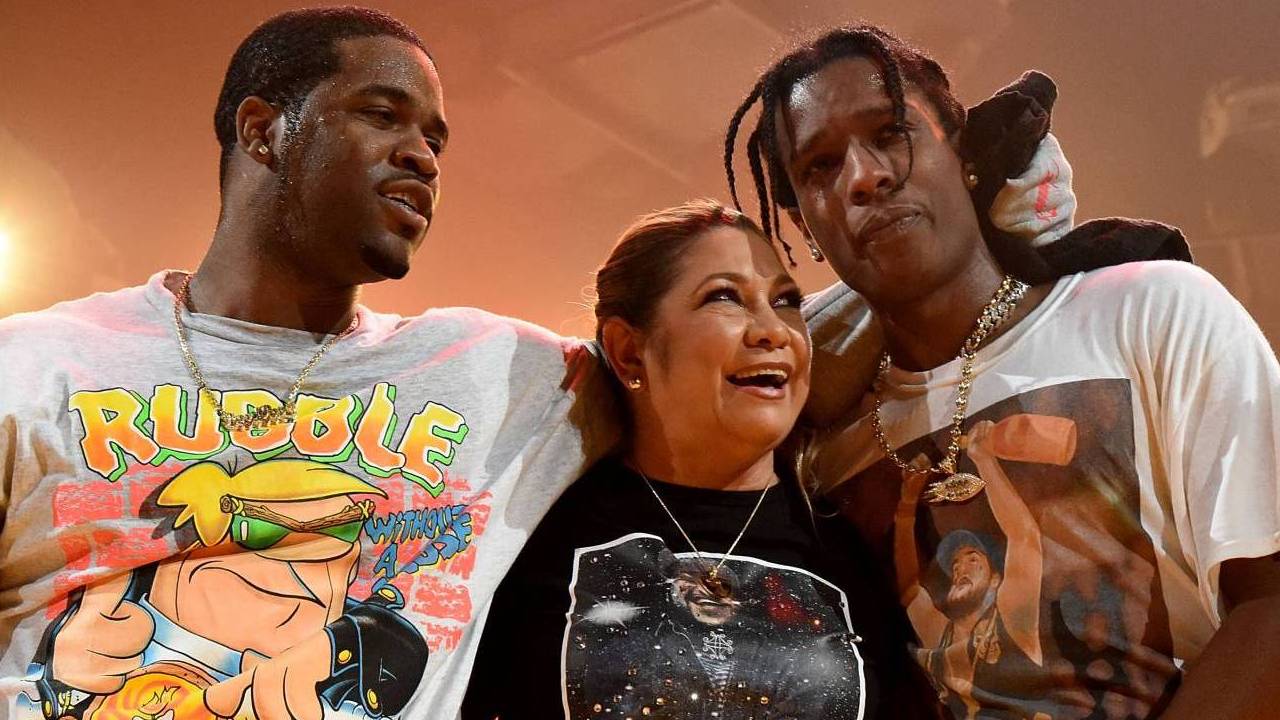 Catch the entire Yams Day celebration again and find some reactions below.

love what ASAP Rocky did with Yams Day this year

Yams day this year was fye.

Wait what happened? This is Yams Day and we done already? Cmon @ASAPMOB I know there's more

Damn, yams day was only a hour

ok the yammy awards got it right giving lil baby artist of the year. lets make this an annual thing.

YAMS DAY WAS BEAUTIFUL!
WE GIVE THANKS