The death of Chicago rap star King Von shocked the industry and has put rappers like Yella Beezy on high alert.

In fact, while the “That’s On Me” rapper was remarking on his relationship with the late O’Block native in an exclusive interview with HipHopDX,  he suggested a number of interpersonal and external factors.

“We was just talking about, just songs and just recording after that,” he continues.

“We was just on some reckless shit. We always talk behind the scenes, through DM’s and all type of shit. We actually was on tour with each other in 2019 — right before I went on tour with Chris Brown. We had kind of built a good ole bond and we actually went through stuff on that so it was just a crazy situation.”

He also remarked on Von’s come-up, seemingly alluding to his swift rise as both a blessing and a curse.

“And he was supposed to give back on his birthday in his neighborhood — and he took off fast bruh. That’s why I tell ya, six months can change your life. Six months your whole life can change if you just put a good grind up.”

The instance Yella Beezy speaks of is when King Von pulled up to O’Block and gave out $100,000 to members of his hood. He went on to explain the attention that comes with that hype can also be deadly.

“I feel like you just gotta stick to who you are and not try to be something that you ain’t,” Beezy suggests.

“And don’t let these fans, and all that shit just, pump ya head up — because the fans, a lot of the fans keep the bullshit going. A lot of the bullshit blogs get the shit going. When you steady posting muthafuckas beefing with each other and — what do you think going to happen? Like, y’all the cause of it.” 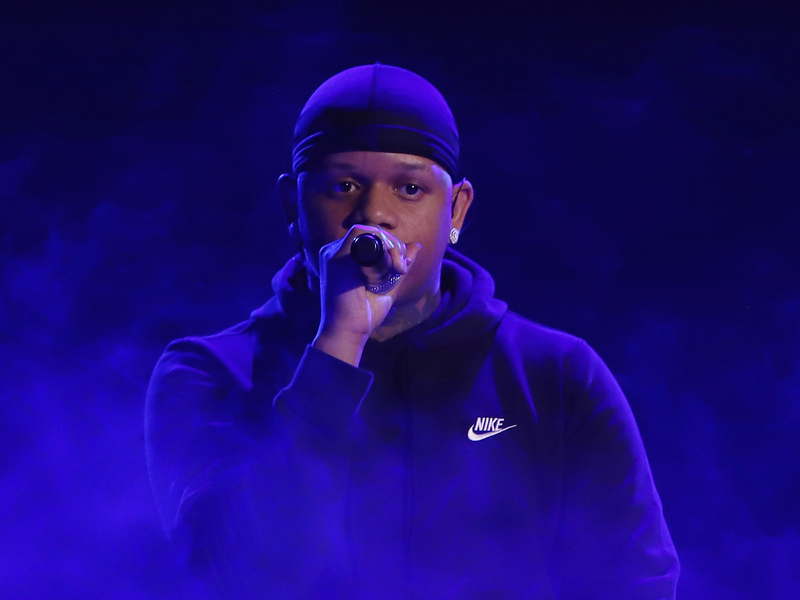 The Dallas-native also spoke on toxic trends throughout the industry he feels continue to contribute to the death of rappers, citing their own lyrics as a source of the ongoing issue.

“You keep on throwing rocks at a muthafucka somebody going make an example. Now, I am not talking about nobody in particular, let’s not get that fucked up, I’m talking about period. Even with, I feel like, even some shit rappers say in they lyrics, that shit come into existence. And it need to be like some real muthafuckas stepping to them people like, ‘Aye bro, you know the route you going, it’s going to end up like this,’ It’s fun at the time, but it ain’t going to always be like that.”

Rap beefs were his next target, to which he expressed his overwhelming disapproval and described artists involved in multiple public disagreements as, “miserable,” and proclaimed he could not live a life where he has no, “freedom,” to enjoy his success.

“You gotta know like, ‘Aye, this shit real out here,’ So, whatever you put into the air bro, just know, you putting that shit into the atmosphere,” Beezy proclaims.

“If you beefing with a hundred muthafuckas, you’re living a miserable life You can’t even enjoy the fruits of your labor. It need to get back to where you can enjoy — muthafuckas can’t even enjoy the fruits of they labor right now without people hating or a muthafucka trying to take a muthafucka down. Like, bro you gotta walk around with a hundred security each and everyday. You can’t enjoy like no freedom, you can’t be with your people by yourself, or wooh-woop — nigga that’s miserable. I don’t even want to live like that.”

Yella Beezy also says that security and proximity coincide, verbalizing his belief that you don’t have to be, “scared,” to protect yourself.

“When you a person of importance and you at a certain caliber now, you gotta move different,” Beezy says.

Yella Beezy concluded his thoughts by imploring rappers to, “stay out the way,” while also expanding their horizons.

“Get some rich friends, not trying to be funny, but get your rich friends — you gotta change your environment,” Beezy says.

“You gotta be around muthafuckas who, goddamn, striving, trying to better you or you trying to be on a level that they on. You need to be in a room where you not the richest muthafucka — you trying to get where they at. So you learning, trying to be around them, just hang around something positive and be motivated. You got some money, go out of town somewhere and hang with a couple partnas and get a plan together and just stay out the way. basically, just stay out the way.”

“We actually went thru some shit together behind closed doors this why this shit hit different, tour life & all … bro a solid nigga no lie …. rest east Brodie kingvonfrmdao lildurk luv ya foo,” Beezy wrote in the caption.

Watch the clip above and dive into the full interview below.