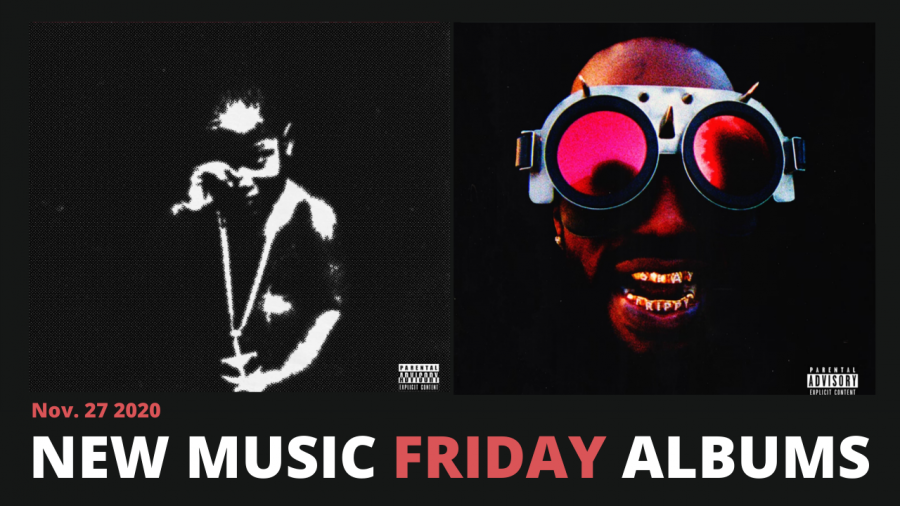 Black Friday starts now, and while the annual bum-rush at Walmart and Best Buy may be off the table this year, some of Hip Hop’s biggest names have done their part to ensure fans won’t go without a soundtrack to their online overindulgence.

For those hitting the harbor, Lil Yachty looks to make it a happy Boatsgiving, and for anyone that can’t say no to ratchet turkey, Juicy J is sprinkling his gentlemen’s club magic on your weekend with his latest album, The Hustle Continues. Jim Jones fans are in for a treat as Harlem’s elder statesmen gives 2019’s El Capo the deluxe treatment and Statik Selektah is all about the center with his new LP The Balancing Act.

On the up-and-coming side, “LOWKEY” rapper Seddy Hendrinx is ready to show and prove with his full-length drop Say Less and Lil Baby affiliate Rylo Rodriguez sets the bar high with his ambitiously titled Goat In Human Form.

Peep and stream all of today’s noteworthy releases below.

Like he always does at this time, Lil Yachty keeps his Thanksgiving tradition alive with the updated version of Lil Boat 3. A new feature from Future and a Playboi Carti appearance highlight Lil Boat’s slightly upgraded release.

Gucci Mane’s energetic new artist has already proven to have hitmaker talent, thanks to his pairing with DaBaby on his red-hot remix of “MOLLY.” On Gutta Baby, his studio debut album, the Atlanta trapper links with Lil Baby, Taykeith, Jacquees and 1017 sidekicks Pooh Shiesty and Gucci himself for a “solcy” release.

A Lil Baby cosign comes with great expectations. As evidenced by the confident album title, Rylo is undaunted and ready for the Hip Hop world’s judgment. Lil Baby, Moneybagg Yo, Yo Gotti, Jackboy and more make appearances on the Alabama-based rapper’s new LP.

Plenty of artists have followed up the release of an album with the deluxe edition in 2020. Jim Jones, however, nearly doubles the track load of 2019’s El Capo with his 31-track update, which includes two additional posthumous verses from the late Fred The Godson, as well as features from Conway The Machine, Dave East, Juelz Santana and once again, Rsonist on the tracks.

As a stout figure for Boston Hip Hop, Statik Selektah, the veteran producer adds to his bottomless list of collaborations by recruiting the likes of Nas, Benny The Butcher, Jadakiss, Bun B, Joey Bada$$, Jack Harlow and many more for his latest release, The Balancing Act.

Shoreline Mafia touches up their July release Mafia Bidness. The deluxe version features eight new tracks and of course, production from RonRon and Ace The Face.

Be sure to also check out New Music Friday Singles, and check back every Friday as we highlight all of the latest and greatest from Hip Hop’s top artists. Happy holidays from everyone at HipHopDX.