Around the 26-minute mark of the interview, Ebro brings up why Meg felt compelled to speak up about the July situation with Tory Lanez on the album. Meg shared she actually recorded the scorching response “the next day,” but she thought to stash “Shots Fired” for Good News and was prompted to unleash the track once Tory discussed the incident “on wax” throughout his DAYSTAR album.

Lanez denied being the shooter on “Money Over Fallouts” and insinuated a romantic link between them. He also went on to question the extent of Meg’s injuries from the gunshots.

“When you know you’re right and you know you have nothing to prove, you really don’t have to give a response,” she explained. “But once you made it rap beef, you put it on wax, now I gotta say something.”

Back on July 12, Megan was shot in both feet, allegedly by Tory. Lanez pleaded not guilty to felony assault with a semi-automatic firearm and carrying a loaded, unregistered firearm in a vehicle.

She recently claimed that Tory’s camp attempted to pay her off and keep quiet, which she also brings up during the opening verse of “Shots Fired” and calls him a “bitch.” 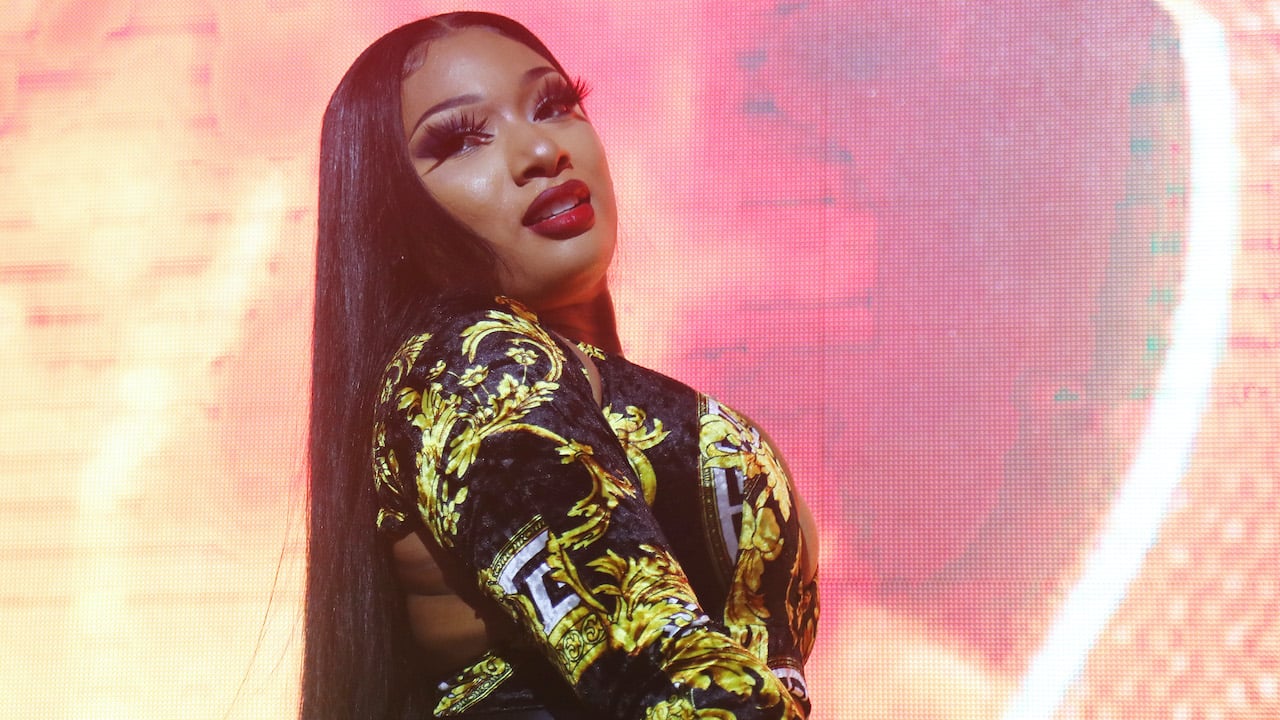 “You offered M’s not to talk, I guess that made my friend excited, hmm/Now y’all in cahoots, huh (Okay), you a puss in boots/You shot a 5’10” bitch with a .22/Talkin’ ’bout bones and tendons like them bullets wasn’t pellets/A pussy nigga with a pussy gun in his feelings/Okay, he in the backseat and he keep callin’ me a bitch (He a bitch),” she raps.

The Houston native was nominated for four Grammy Awards on Tuesday (November 24), three of which were from her Beyoncé-assisted “Savage (Remix)” and another in the Best New Artist category.