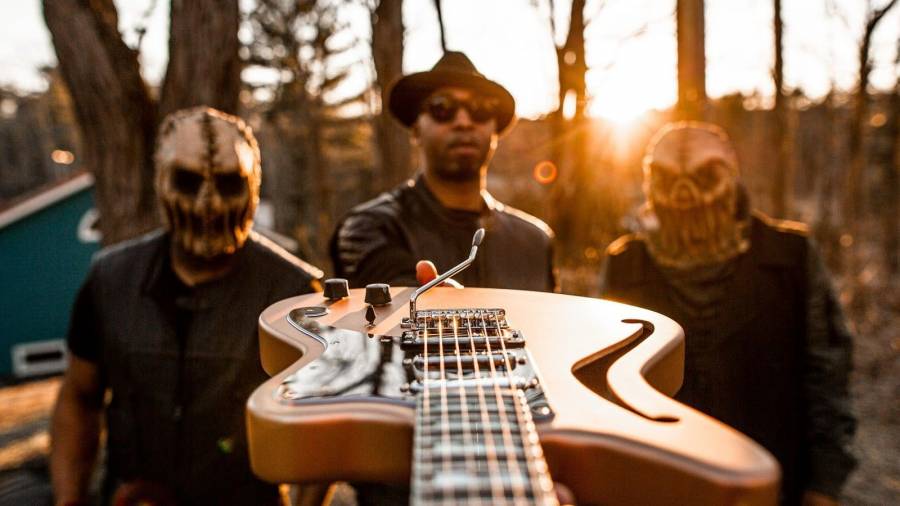 Organized Konfusion legend Pharoahe Monch teamed up with Jack White’s drummer Daru Jones and renowned guitarist Marcus Machado last year for a trio he dubbed TH1RT3EN. Ahead of their debut album, A Magnificent Day For An Exorcism, the group has dropped a new video for “Fight” featuring Cypress Hill.

The visual, which Monch teased via Instagram on Halloween (October 31), begins with all three members in a car wearing nightmare-inducing masks.

A woman in a black ski mask, who’s with them for the ride, gets out holding a Molotov cocktail and tosses it in the air. As it lands at the feet of three men dressed in Ku Klux Klan garb, their white robes go up in flames while Monch, Jones and Machado look on with approval.

Judging by the “Fight” single and basic components of the group, THIRT3EN’s mission is to infuse Hip Hop and rock into one cohesive gumbo while speaking to the current times.

“The driving force behind ‘Fight’ is anger,” Monch says. “Anger at a never ending saga that repeats itself over and over. My frustration with people not hearing the outcries, until the atrocities of the brutality have been recorded on smartphones. And still, the people allow their willful ignorance to support and protect America’s culpability.

“To me, ‘Fight’ is equally as much a vibe as it is a protest record.”

A Magnificent Day For An Exorcism is expected to arrive on January 22, 2021, the day after President-Elect Joe Biden is to be sworn in. Until then, check out the video above.