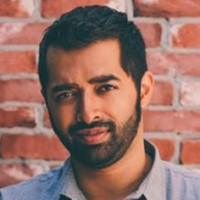 “Babies & Fools” is the new music video off of the critically acclaimed Alfredo album by rapper Freddie Gibbs and producer The Alchemist.

Joined by Conway The Machine, the collaboration is brought together in one of the most overused but frequently visited Hip Hop venue … the strip club. What’s unique however is that director James “JMP” Pereira takes us back to the 80’s and 90’s with a 4:3 aspect ratio. You know those days of the boob tube. See what I did there ; )

… and what’s a strip club without rain, which is heavily included. Listen, it gets wet in here!

Freddie Gibbs and Alchemist released Alfredo in May, quickly staking a claim for the best album of 2020. The project debuted at No. 15 on the Billboard 200, making it their highest-charting album to date.

It features guest appearances by Rick Ross, Benny The Butcher, Tyler, The Creator and the aforementioned Conway, serving as a follow-up to Alchemist’s LULU EP with Conway.