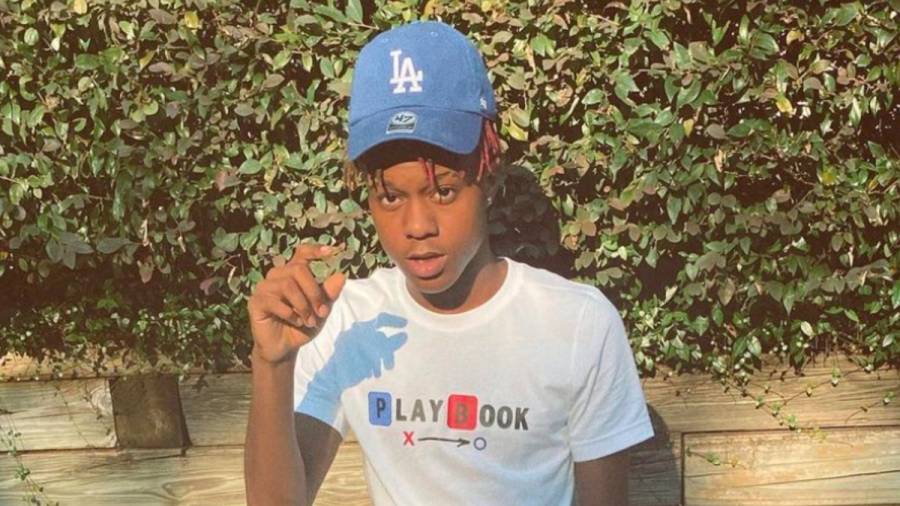 Quality Control Music officially has a new name on the roster.

In an Instagram Post on Wednesday (October 14), music exec Barry Hefner announced Atlanta-based rapper Metro Marrs had inked a deal with the imprint that’s also home to Migos, Lil Yachty, City Girls, Lil Baby and more. Hefner is President of record label and management company Since The 80s, and Marrs’ deal will be through both.

“When black excellence unite, work together and build w/ each other!” Hefner wrote with photos of Marrs and the Quality Control team after signing. “@sincethe80s x @qualitycontrolmusic x @playbookllc,” he wrote. “METRO MARRS WELCOME TO THE FAM @metromarrs luv u kid.”

I put my niggas on My niggas put they niggas on Now we all somewhere foreign Chilling sipping something I ain't forget you cousin (wishing you home Tez 🩸) When black excellence unite, work together and build w/ each other! @sincethe80s x @qualitycontrolmusic x @playbookllc METRO MARRS 🚀 WELCOME TO THE FAM @metromarrs luv u kid @metromarrs @qcmceo_p @coachk44 @bigfacebanks @808blake @trimmmarley @keiopensdoors @zekest80s @djslva 💴 💰💵

21 Savage’s manager and Since The 80’s exec Kei Henderson was also there, adding, “Atlanta only needs Atlanta tbh. It’s UP for @metromarrs and the team @playbookllc @qualitycontrolmusic @sincethe80s.”

The news doesn’t come as a huge surprise for close followers of the 17-year-old talent, who hinted something was in the works with an Instagram post in September. Sharing a screenshot of a tweet from Quality Control CEO Pierre “Pee” Thomas that read, “That kid Metro Marrs different” with a flame emoji, fans knew it was only a matter of time – and so did Marrs.

Quavo Reestablishes His Love For Quality Control After Mismanagement Lawsuit

“Neva Do what everybody else Doin,” he wrote. “We outta here.”

Neva Do what everybody else Doin🗣 We outta here 🙇🏾‍♂️💕

Marrs has gained prominence on the Atlanta scene with his 2020 singles “Bye Felicia” and “Oh Yea,” but with just under 13,000 followers on Instagram – it’s proof that you don’t need huge numbers to find success, even in the age of social media clout.

Check out the visual to “Oh Yea” below.